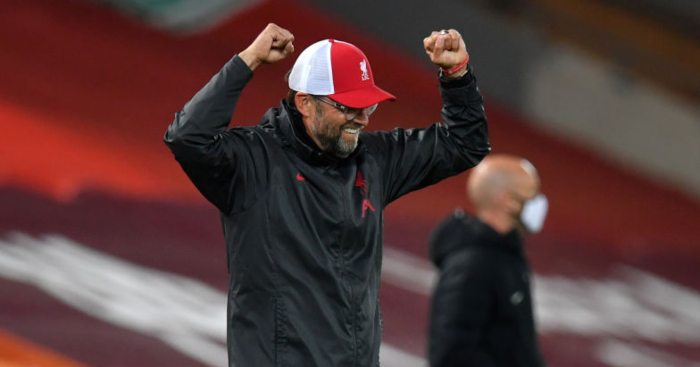 A boost for Liverpool as Juventus pull out the race for one target, while a Chelsea defender is in demand…

Juventus have decided they will not pursue a move for Wolves winger Adama Traore, according to reports in Italy.

There have been rumours over the summer that a number of clubs were interested in Traore, including Barcelona, Liverpool and Manchester United. However, no move materialised and the Spain international has begun the season at Molineux.

Liverpool have perhaps been the most heavily linked club with Jurgen Klopp known to be a huge admirer of the winger, who has developed into one of the most dangerous attackers in the Premier League. A recent report from Spain claimed that Klopp still ‘wants’ Traore, with Wolves ‘asking’ for around €70m to sign the 24-year-old.

And now reports on Italian website Calciomercato claim that Juventus will not be rivalling Liverpool or Barcelona for Traore. They will not be submitting an official bid for Traore with the Reds and Barca looking to do a deal in January or at the end of the season.

Another report recently insisted that Wolves were keen to tie him down to new terms worth £100,000 a week, which would increase his value even more.

THREE IN FOR CHELSEA DEFENDER

Three Italian clubs want to bring Chelsea defender Emerson Palmeiri to Serie A, according to reports in Italy.

The Brazilian has seen his first team opportunities reduced under manager Frank Lampard following the arrival of Ben Chilwell from Leicester City, while he also finds himself behind fellow defender Marcos Alonso in the squad pecking order.

Chelsea apparently put the 26-year-old up for sale back in June, which prompted interest from Inter boss Antonio Conte. And now Calciomercato claims that Juventus and Napoli have joined them as they seek a January deal.

Emerson, who signed for Chelsea in a £26m deal from Roma in January 2018, is yet to feature in the Premier League this campaign, with his only two appearances so far coming in the Carabao Cup.

Tottenham have offered Son Heung-min a new five-year contract worth £200,000 a week plus performance-related bonuses…Real Madrid’s plan to sign Paris Saint-Germain striker Kylian Mbappe would not be affected were coach Zinedine Zidane to leave the club…Manchester City are set to sign Partizan winger Filip Stevanovic for £6m in the January transfer window…PSG are set to follow up on a verbal agreement with Neymar and offer a new contract to the Brazil forward…Southampton left-back Ryan Bertrand is close to signing a new three-year deal.