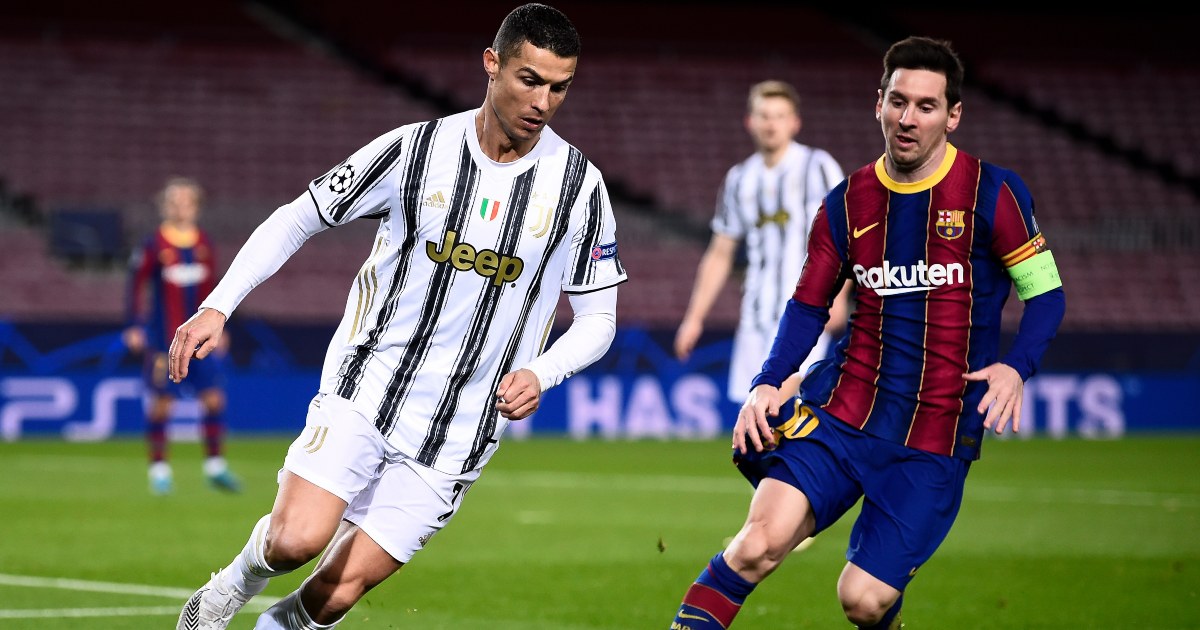 Manchester City could send Raheem Sterling and Gabriel Jesus to Spurs in part-ex for Harry Kane, while Barca are hoping to swap a £250m duo for Cristiano Ronaldo…

CITY TO CHUCK JESUS AND STERLING IN KANE DEAL
On Monday it was reported that Manchester City have made their opening move for Harry Kane.

Apparently, City have made it clear to Tottenham that they will guarantee £100million in return for the England striker, which hasn’t stirred Daniel Levy. The Spurs chief won’t budge while those are the terms on offer.

But while it was claimed on Sunday that City’s first bid would be their best and final offer, it seems the champions are open to negotiation.

The Times says City are willing to discuss the possibility of including one or both of Gabriel Jesus and Raheem Sterling in any deal to make it more palatable for Levy.

Apparently, Joan Laporta is dreaming of teaming up Cristiano Ronaldo with Lionel Messi and the Nou Camp.

That’s the claim of AS, which hasn’t forgotten that Barca are broke. The Catalans are shopping for freebies this summer, but they are willing to make an exception in Ronaldo’s case.

The 36-year-old looks set to leave Juventus, where he has a year remaining on his contract and the Italians would be willing to shift his enormous salary off their books.

In return for sending the former Real Madrid star to Barca, Laporta is said to be willing to offer up Antoine Griezmann, Philippe Coutinho and Sergi Roberto.

One per PL club: Reasons why they should sign Sergio Ramos

REAL NOT INTERESTED IN POGBA-VARANE SWAP
Manchester United’s plans for a swap with Real have met resistance.

United are keen to land Raphael Varane this summer but Real are playing hardball. Florentino Perez is said to want £80million to part with Varane even though he has only a year left on his contract.

In which case, United’s refusal to stump up is understandable. The Red Devils reckon Varane’s value is somewhere around half the price Real are asking.

According to AS, United are even willing to discuss a swap involving Paul Pogba, who also has 12 months remaining on his current terms.

But Real aren’t keen. Perez would prefer cash as he focuses on other targets away from Pogba.

United are going to end up giving Pogba a massive new deal, aren’t they?

Johnny Nic: Foreigners have made our England players look better

The Villarreal centre-back has been mentioned alongside Varane as one of their primary targets while they seek a partner for Harry Maguire.

Torres has a release clause worth around £51million in his contract but United are hoping they might be able to throw a player or two in with any deal. The Manchester Evening News says there is a growing belief at Old Trafford of signing the Spain international this summer.