Another France midfielder is thinking about Real Madrid, while Juan Mata received the kind of offer many fantasise about... 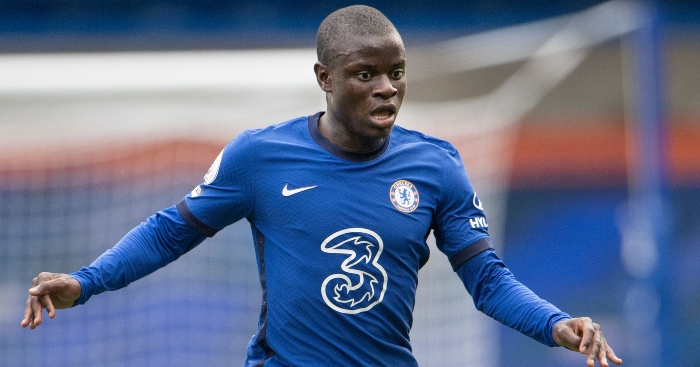 This week’s French midfielder who ‘dreams’ of playing for Real Madrid is… *checks rota*… N’Golo Kante.

It was Paul Pogba last week who last week spoke again of his desire to play for Zinedine Zidane and now it’s Kante’s turn. According to Le Parisian, the Chelsea midfielder isn’t very happy with Frank Lampard and his mind has started to wander.

Apparently, Kante can’t fathom why he was refused permission to miss a Chelsea training session so that he could attend a friend’s wedding. So the former Leicester star has begun thinking about moving on.

The report says Kante ‘dreams’ of a move to Real but, like Pogba, the Spaniards have yet to return the sentiment.

Read: Everything Paul Pogba and Mino Raiola have said about leaving Man Utd

Juan Mata had the kind of offer many players fantasise about – but the Manchester United attacker turned it down.

AS reports that Mata received a proposal worth £14million to move to Saudi Arabia this summer. But Mata declined. Politely, of course.

So the Saudis came back with another offer worth £4million more. But still Mata refused to take the money and run.

Apparently, the 32-year-old is convinced United can still have a good season and challenge for the title. Bless him.

Gylfi Sigurdsson also received a similar approach – but he too opted to stay where he is.

The Athletic names Al Hilal as the club keen on the Iceland playmaker and the story goes that Everton were willing to do a deal on deadline day.

But Sigurdsson was rather less enthused and he chose to remain at Goodison Park to fight for his place.

Read: So what the f*** is the Premier League’s Project Big Picture?

Manchester City too were trying to shift players on deadline day. Pep Guardiola was hoping to sell Oleksandr Zinchenko to part-fund a move for another left-back but the Ukraine star refused to budge.

But Guardiola hasn’t given up hope of signing a left-back this season. The Sun reckons City will make an approach in January for Nicolas Tagliafico.

The Ajax defender was Man Utd, Chelsea and Arsenal during the summer but he remains in Amsterdam for now. City are said to be ready to offer £20million, even though Ajax wanted £35million.