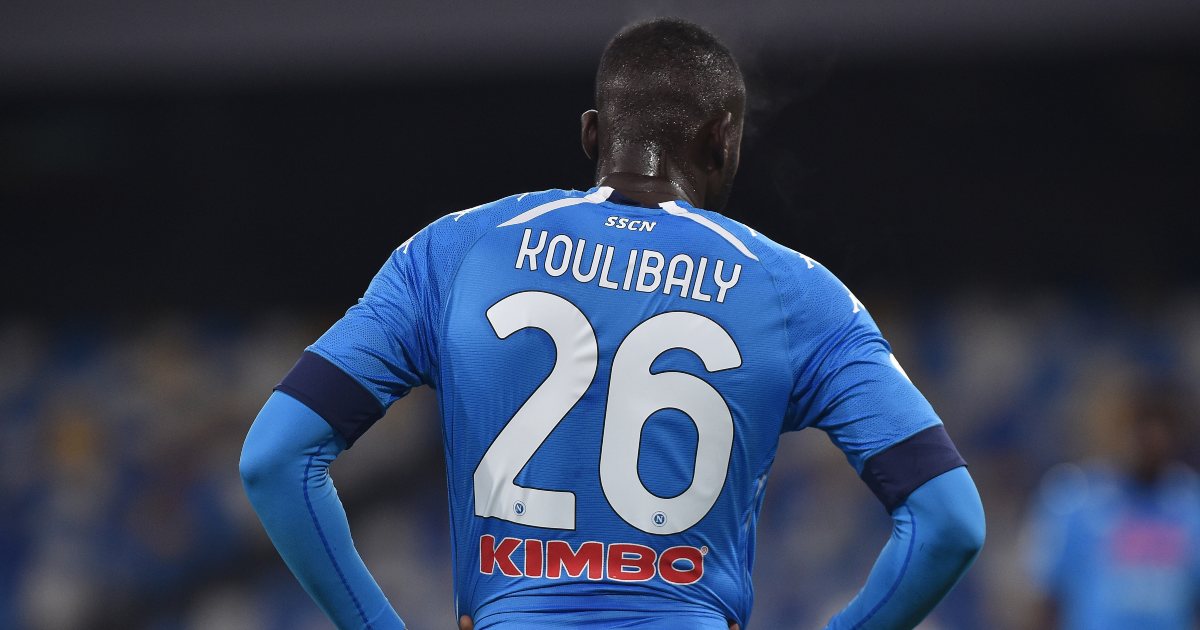 KLOPP ‘ANNOYED AND FRUSTRATED’ ABOUT KOULIBALY
There is not enough salt in Tesco for the size of the pinch with which we take any kind of Liverpool ‘exclusive’ in The Sun, but they claim that ‘Jurgen Klopp has grown increasingly frustrated with the club’s transfer policy’ and that he is ‘annoyed they failed to move for Napoli defender Kalidou Koulibaly last month due to his side’s big defensive injury problems’. And why did they fail to move? Because Napoli wanted £100m for the Senegalese international.

There are also said to be ‘frustrations’ from FSG that Klopp has ‘not really got to grips with the dire financial situation at the club’ and still seems to think that they can spend like champions when in reality are ‘haemorrhaging millions’. They did of course sign Diogo Jota and Thiago at the end of the summer transfer window but they say this is because they ‘bowed to Klopp’s relentless pressure’. If you believe The Sun – and that is your choice – all is not well in Liverpool. Klopp was right – Liverpool are ‘already on the way down’.

CHELSEA AND MAN CITY TO MISS OUT ON HAALAND
Now we see why Manchester City look set to move for Romelu Lukaku – because they are being foiled elsewhere. They did fancy his Inter Milan partner Lautaro Martinez as a replacement for Sergio Aguero but he looks likely to stay. So then they switched their attentions to Erling Haaland, but Eurosport claim that both them and Chelsea could be denied as ‘some of the player’s closest allies have reservations about him moving to the Premier League just yet’.

Haaland is just 20 years old and has played barely a year at Borussia Dortmund, where he has scored a remarkable 38 goals in 40 games. Keeping him out of the pressure cooker of the Premier League for another two or three seasons is obviously the plan.

LEICESTER LOOK AT THAUVIN
Leicester took Cengiz Under on loan from Roma this season but they are unlikely to make the move permanent for £22m after a season in which he has started just one Premier League game and scored just two goals, in the FA Cup and Europa League.

So they are instead looking at alternatives, with Eurosport claiming that one of the players under consideration is Florian Thuavin, now of Marseille and formerly of Newcastle United. Seven goals and seven assists for the mid-table Ligue Un side suggests he will make a bigger impact in the Premier League this time around.