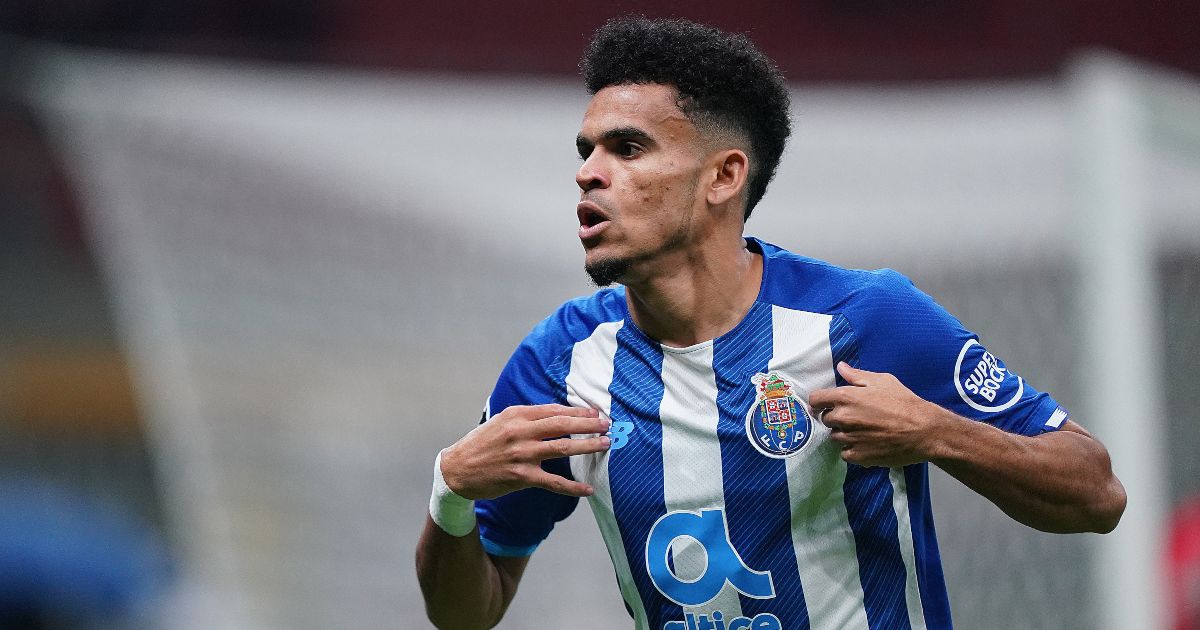 Liverpool boss Jurgen Klopp gives the green light over a deal for a Colombian star, while Barcelona have agreed terms with a Man City forward…

Dias has played against the Reds twice this season in the Champions League with the Colombia international impressing despite Porto being defeated in both ties. The 24-year-old has scored 36 goals in 113 appearances for the Portuguese outfit since his 2019 move from Colombian side Atletico Junior, scoring an impressive 11 goals in 16 matches this term.

That form has seen him linked with Premier League giants Liverpool with Portuguese newspaper Record (via Sport Witness) insisting that Klopp has given his ‘approval’ to a transfer after being ‘delighted’ by what he has seen from Diaz. Porto want to keep Diaz until at least the end of the season with the winger having a €80m (£68m) release clause protecting him from a cheaper exit.

Record adds that Porto ‘do not rule out’ negotiating a deal now for a summer move with the possibility that Liverpool could talk the Portuguese outfit down from his huge buyout clause. Merseyside rivals Everton have also been linked with a move for Diaz with a report in August claiming they were in talks over a possible transfer. However, Record insists that the Toffees ‘stayed far’ away from Porto’s demands.

SO SEDUCTIVE
Barcelona have agreed a deal to bring Manchester City winger Ferran Torres to the Camp Nou in the January transfer window, according to reports.

Torres fractured a metatarsal while away with Spain during the international break in October with Pep Guardiola confirming that his player could miss three months, which would see him ruled out until January. But despite that, Spanish publication Sport claim that Barcelona have ‘reached an agreement in principle with Ferran Torres to join the team in the winter market’.

There have been rumours that Sergio Aguero could be set to retire from football due to heart problems and Barca are keen to strengthen their forward line in January. However, the Torres deal is far from done as the most ‘complicated’ bit is to ‘convince Manchester City’ to sell.

Barcelona are struggling financially but the club’s hierarchy have decided to make a ‘major effort’ to sign the Spain international with the report adding that new boss Xavi ‘would be delighted with his arrival’. Barcelona director Mateu Alemany has been in Manchester for talks as the Catalan side attempt to ‘reinforce itself’ with Barca hoping ‘fluid relations’ with City can ‘pave the way for the arrival’.

AND THE REST…
Erling Braut Haaland’s preferred destination if he leaves Borussia Dortmund next year is Real Madrid…Newcastle United are leading the chase to sign Ousmane Dembele, with Manchester United also interested…Barcelona are desperate for attacking reinforcements in January and are considering moves for Manchester United attacking midfielder Jesse Lingard and striker Edinson Cavani…Leeds United midfielder Kalvin Phillips will reject a move to rivals Manchester United next summer to remain at Elland Road…Manchester City are said to have made contact with Real Madrid striker Karim Benzema.