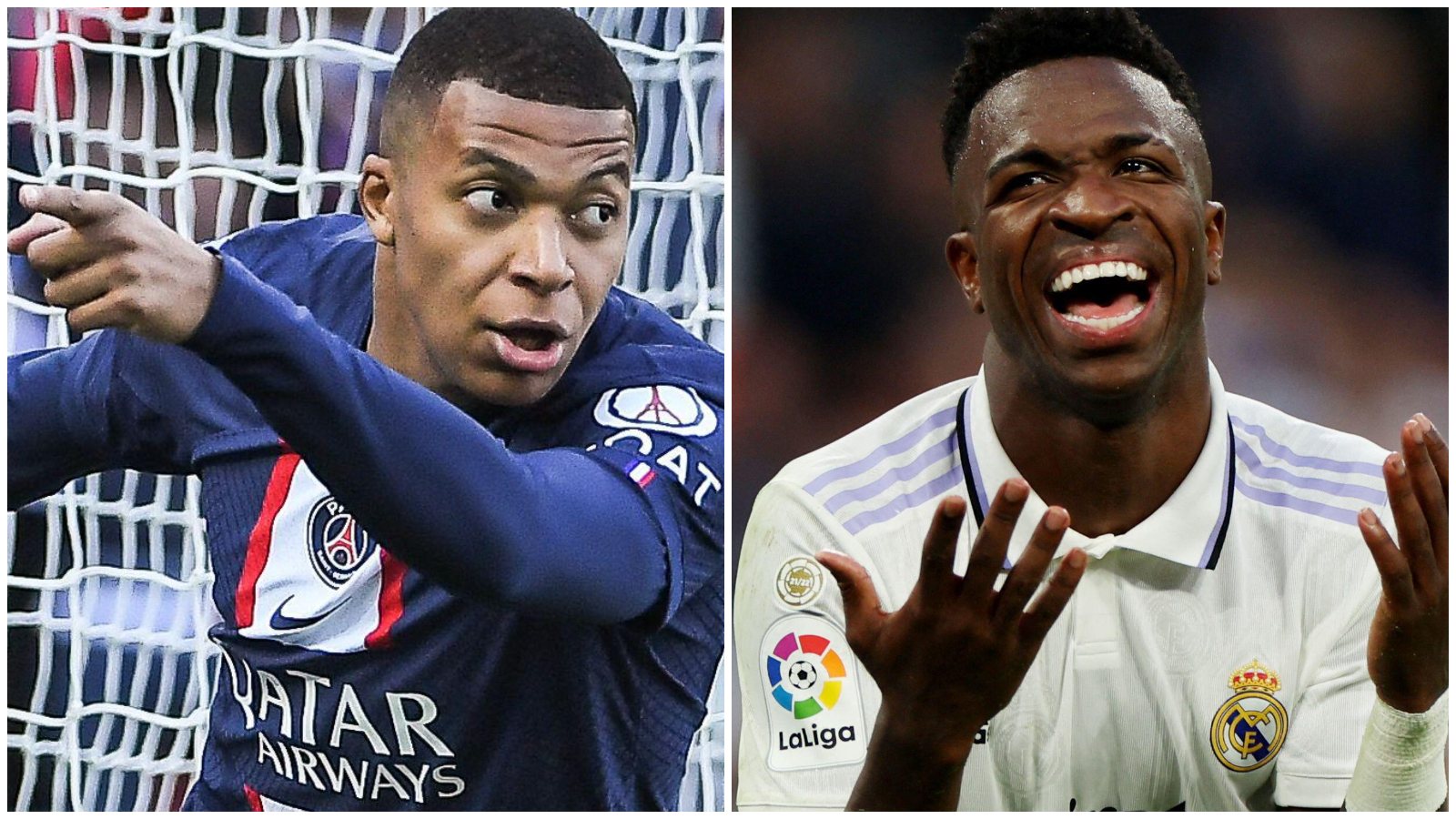 Manchester United are said to be the side best placed to give Kylian Mbappe the move he craves in January. And Erik ten Hag also fancies Vinicius Jr…

MAN UTD BEST PLACED FOR MBAPPE
Kylian Mbappe and Vinicius Jr to pair up at Manchester United next season?

It’s possible if there’s a shred of truth in any of the lines coming out of Spain. Indeed, Mbappe could be at Old Trafford even sooner…

Sport reckons Mbappe has been on to his paymasters at PSG, urging them to sell him in January if a suitable offer is plonked in front of them. Of course, many clubs would take the France star but United are viewed as the side most capable of meeting the financial demands involved in such a deal.

The only issue there, as Sport sees it, is that Mbappe isn’t attracted to the ‘sports project’. Which feels like a bloody big problem. Liverpool, though, is ‘more to Mbappe’s taste’.

According to El Nacional, the Brazilian has been identified by Erik ten Hag as the forward he wants to replace Cristiano Ronaldo. As things stand, Vinicius will enter the final year of his contract next summer, which is most likely the reason this link has suddenly come about, but this report suggests Ten Hag has been in contact with the Real star.

Indeed, Vinicius is likely to have been offered Ronaldo’s No.7 shirt, which probably isn’t as attractive as United think after Ronaldo wiped his arse with it, following a long line of players to besmirch the jersey.

SPURS STILL KEEN ON GORDON DEAL
The season hasn’t quite gone to plan for Anthony Gordon following a summer in which he was chased hard by Chelsea. Everton stood firm and rejected a series of offers for the winger, but Frank Lampard has benched the England Under-21 international after he struggled to recapture his form of last term.

But that isn’t deterring Tottenham. The word according to football.london is that Spurs are still keeping tabs on Gordon ahead of the January window.

Gordon’s lack of form doesn’t seem to have affected his value, nor Everton’s desire to keep the academy graduate. Indeed, it is thought they will resist again any offers that arrive mid-season, with next summer viewed as the most appropriate time to strike a deal. But Tottenham haven’t given up hope yet of bringing the 21-year-old to north London for the second half of the season.

Read more: This might be just the World Cup for Southgate’s ‘functional, practical, realistic’ England approach