Leeds are trying to woo a Germany international, while Man Utd are back sniffing around Ivan Perisic... 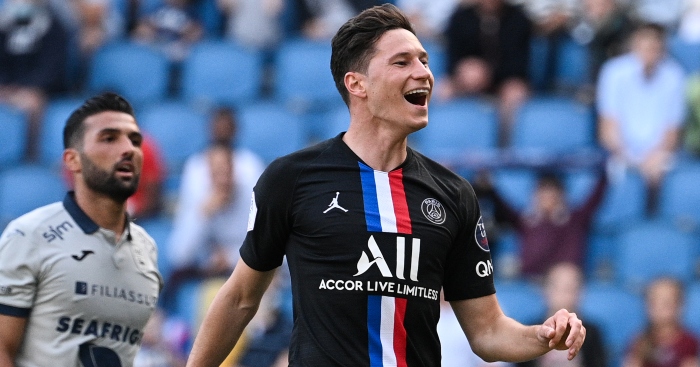 LEEDS TRY TO LURE PSG STAR
It seems Leeds, Leeds, Leeds aren’t messing about this summer. The latest name to be linked with the Yorkshire side is a biggie…

According to RMC Sport, Andrea Radrizzani is trying to convince Julian Draxler to swap Paris for Beeston. The PSG attacker has struggled to cement a place in Thomas Tuchel’s first XI and Leeds are among a number of clubs, including Bayer Leverkusen, attempting to convince the 26-year-old to move on.

Unfortunately for Leeds, it is proving a tough sell. Draxler is said to be quite content in Paris, especially as he enters the final year of his contract at the Parc des Princes.

#Leeds have contacted PSG midfielder Julian #Draxler to convince him to join them. Draxler has not been receptive in their interest so far. He has one year left on his contract.

Leeds have submitted a new bid to sign Josko Gvardiol: €22m + 20% percentage on future sale. Dinamo Zagreb asked for €25m as price tag. Also RB Leipzig are in the race but made a lower bid [around €15m]. ⚪️ #LUFC #transfers @DiMarzio

PERISIC A POSSIBILITY AGAIN FOR MAN UTD
There’s barely a winger in Europe who at some point this summer hasn’t been described as a Jadon Sancho alternative. And that list will continue to grow until Manchester United make a serious, concrete move for the Borussia Dortmund star.

The latest Plan B is a winger who formed a large part of Jose Mourinho’s 2018 masterplan. Ivan Perisic was courted by the former United boss two years ago when it was reportedly decided that the Croatia star was not marketable enough. But Ed Woodward may be more open to signing Perisic as a stop-gap.

Bayern Munich employed a similar tactic when they took the 31-year-old on a season-long loan last year while they waited for Leroy Sane. Now Perisic is back at Inter Milan and while Bayern are said to be willing to do a permanent deal, The Mirror suggests United could make a belated move.

The Argentinian goalkeeper finally had a taste of being No.1 while Bernd Leno was injured and now the Germany stopper is back, Martinez is reluctant to return to the bench.

Villa have made a couple of offers for Martinez, the second coming in at around £20million, and the Daily Mail says the Villans want the keeper in their goal by the weekend. But The Express suggests they are looking at Man Utd’s Sergio Romero as an alternative.

Arsenal are in no hurry to wave goodbye to Martinez while they don’t have adequate cover. The Mirror says the Gunners have been offered PSG’s Alphonse Areola on a season-long loan, but Fulham and Chelsea are also sniffing around the France international.

AND THE REST
Chelsea defender Fikayo Tomori is close to joining Everton on a season-long loan… Leicester are favourites to sign Bournemouth winger David Brooks… Liverpool are considering selling Rhian Brewster as long as they retain a buy-back option… Watford striker Andre Gray is a target for West Brom while Sheffield United forward Callum Robinson is to have a medical at The Hawthorns…  Bournemouth have made a loan bid for Tottenham defender Cameron Carter-Vickers… Bournemouth also want Tyrese Campbell from Stoke.