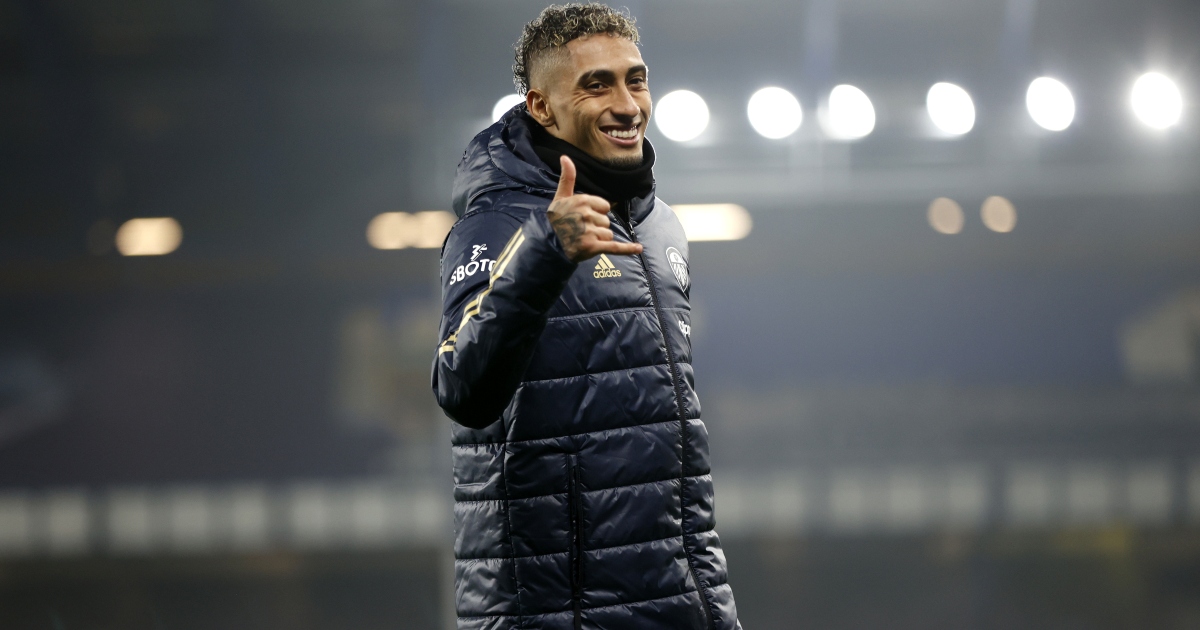 That is the only reasonable conclusion that can be drawn from reports linking Raphinha to Liverpool. The Leeds United winger turned in another splendid performance on Monday night in the Whites’ 2-0 win over Crystal Palace, after which Will Ford highlighted the Brazilian’s suitability for the Reds.

Klopp apparently agrees because, according to France Football, the Liverpool boss has put Raphinha at the top of his summer wishlist.

Jamie Carragher also compared Raphinha to a couple of current Liverpool stars and a former one too but we’re going to assume it was this that convinced Klopp.

F365 Says: Klopp was right – Liverpool ‘are already on the way down’

The Udinese star was chased throughout last summer by Marcelo Bielsa and De Paul was certainly keen to go. But two transfer windows later, the midfielder still remains in Italy.

But his club accepts he probably won’t for much longer. Liverpool are just one of the clubs sniffing around the 26-year-old and Udinese’s sporting director Pasquale Marino told Radio 24: “I hope it doesn’t happen, but whoever signs him next summer will raise their team to a different level.”

MAN UTD AND PSG OUT OF UPAMECANO RACE
Liverpool are also in the hunt for Dayot Upamecano. The RB Leipzig defender is set to move on in the summer when he can be bought for £38million and the Reds are down to the final three.

According to Fabrizio Romano, Manchester United and PSG are out of the running, leaving Liverpool to scrap it out with Bayern Munich and Chelsea.

Bayern are more than happy to pay the France defender’s release clause – you’d expect so since he’s a fricking bargain – and they hosted talks with Upamecano’s agents last week.

BIG THREE EYE POGBA OR AOUAR
Romano also has an update – of sorts – over Paul Pogba.

On his podcast, the Italian journo says PSG, Juventus and Real Madrid are all keen on Pogba this summer. But all three of the Manchester United star’s suitors are also eyeing Lyon’s Houssam Aouar, and no club will sign both.