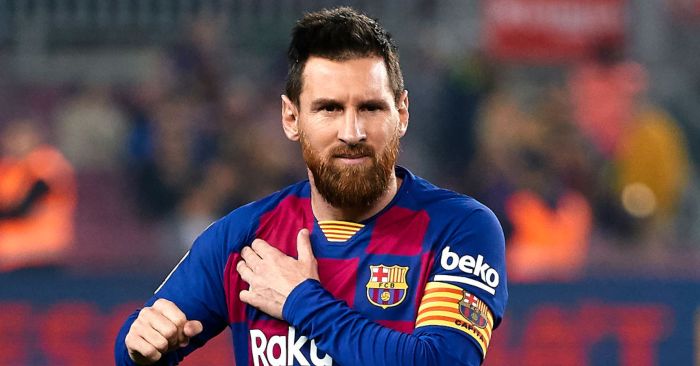 MESSI MONSTER OFFER
Manchester City would obviously love to sign Lionel Messi on a free transfer, but failing that – as it does seem rather unlikely – they are willing to offer £90m plus up to three players for the promising Barcelona forward. Though obviously they really should not; no Premier League club should be interested.

Those three players – according to Sport – are Gabriel Jesus, Bernardo Silva and Eric Garcia. But it seems that Barcelona are not keen on Jesus as he has ‘not finished exploding in the English team’. Which seems fair.

They would presumably prefer to have Sadio Mane.

KANTE OUT, RICE IN
Chelsea have apparently told N’Golo Kante he can find a new club (presumably Inter Milan), with Football Insider claiming that his price is £60m after a season blighted by injury. And what will Chelsea do with that money? Buy Declan Rice for £70m, it seems.

Elsewhere, The Guardian seems to think that new arrival Thiago Silva has been signed instead of Rice, Ben White or Atlético Madrid’s José Giménez. They claim that those up for sale are Tiémoué Bakayoko, Emerson, Michy Batshuayi, Ross Barkley, Danny Drinkwater, Jorginho and Davide Zappacosta. They don’t mention Kepa but perhaps that’s a given.

STRIKING THE RIGHT TONALI
It seems Manchester United made a phone call about Italian midfield sensation Sandro Tonali before he agreed to join Inter Milan on an initial loan from Brescia. It seems the call came too late and was likely in vain anyway as the 20-year-old wants to remain in Italy for now.

Tonali – who impressed as Brescia were relegated – will join Inter on a loan with obligation to buy at £31m, which could rise to £36m.

It does indicate that Manchester United might be interested in another defensive-minded central midfielder, despite persistent links with more attacking players.