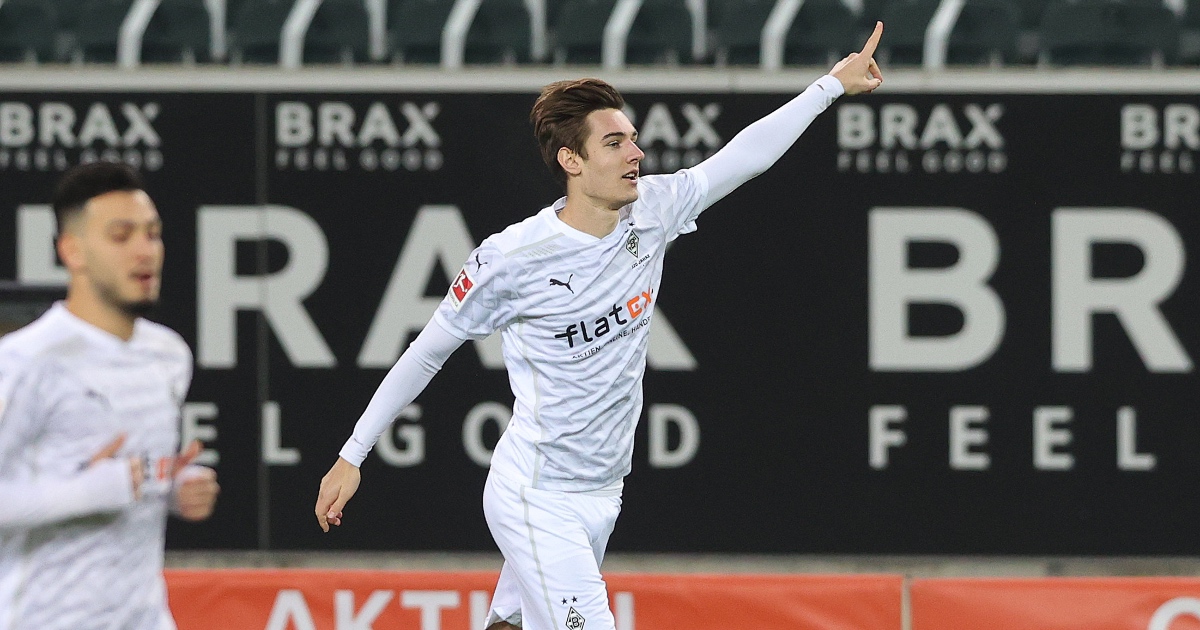 ‘CONCEIVABLE’ GINI REPLACEMENT
Is Georginio Wijnaldum still off to Barcelona this summer?

It’s gone a bit quiet on that front and a ‘top secret’ report claims the Barca players don’t want him to join, but there is no news of an improved Liverpool contract offer.

Anyway, the rumours of his replacement continue despite the uncertainty over his future. And one name that keeps cropping up is Florian Neuhaus.

The Borussia Monchengladbach midfielder has notched seven goals and eight assists this season and a move to Anfield is ‘highly conceivable’, according to SportsBILD.

In fact, the report goes as far as to say Neuhaus – who has a €40m (£34m) release clause in his contract – has decided he will only leave Gladbach for Liverpool this summer.

“It’s true that they’ve been watching the player for a while,” Falk told BILD.

“The whole thing is not yet concrete according to our information. But it can, of course, become concrete, and he asks to play there.

“Neuhaus has an exit clause of €40million, which could be triggered in the summer. Dortmund has distanced itself after the [Marco] Rose transfer and will not take any player from its team.

“Bayern has to save money after the €42.5million transfer of [Dayot] Upamecano. It is currently rather unlikely that they will put another 40million on the table.

“That means it must be another league if Neuhaus wants to change, and there is the Premier League and Liverpool, of course.”

OPINION: Go all in on Pogba and a partner, or pack him off…

MESSI MANOEUVRES
Lionel Messi’s contract is up at the end of the season and his father has reportedly started contract manoeuvres.

The Sun claims he is ‘open to the idea’ of a one-year contract with the option of a further year, if a suitor is willing to stump up £25million-a-year. Good of him.

Were Manchester City – one of only two clubs tipped to be able to stump up such cash along with Paris Saint-Germain – to make such an offer, it would make Messi the highest paid player in Premier League history.

The report claims ‘feelers have been put out’ to Chelsea and Manchester United, but they are said to have shown little interest.

Messi has enjoyed another outrageously good season for the Spanish giants, scoring 37 goals in 46 games across all competitions, and him staying at Barcelona still appears most likely.

But with president Joan Laporta said to be going ‘all out’ to sign Erling Haaland from Borussia Dortmund, it may be a case of letting the superstar leave to make room for the next.

The Express claims Barca could ship out Messi along with Samuel Umtiti, Philippe Coutinho, Martin Braithwaite and Ousmane Dembele to stump up the money for Haaland.