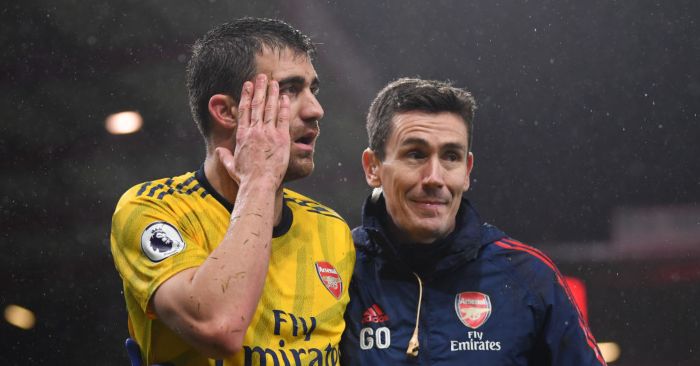 LIVERPOOL OFFERED ARSENAL OUTCAST
“Thanks but no thanks,” we assume was the response when Liverpool were presented with an opportunity to sign one particular Premier League centre-back this month…

The Reds are said to be looking still at Brighton’s Ben White with a summer move in mind but Fabrizio Romano claims Jurgen Klopp was offered an immediate solution to his shortage of central defenders in the form of Sokratis Papastathopoulos.

Sokratis wasn’t registered in Arsenal’s Premier League squad for the first half of the season and the Greek defender is set to leave the Emirates this month.

Real Betis and Genoa are his two most likely destinations, but not before Klopp was given the chance to reunite with one of his former Borussia Dortmund players.

According to Romano, Sokratis is “not an option” at the moment, but Liverpool “have not decided if they are signing a centre-back or not”.

F365 Says: Arsenal remain a muddled puzzle of everything and nothing

POCH DOUBLES DOWN ON DELE
Fresh from winning his first trophy as a manager, Mauricio Pochettino is stepping his efforts to get the band back together.

According to The Guardian, the PSG coach has told his new club to prioritise the signing of Dele Alli on loan.

Pochettino has been offered both Alli and Christian Eriksen, but the former Spurs boss is most keen on the former England attacker.

Daniel Levy, though, is said to be reluctant to let Alli leave on loan this month, aware that Spurs’ squad will be stretched through the rest of this season.

The transfer record progression of every club

According to The Times, the Spurs chief is coming to the conclusion that he won’t renew Gareth Bale’s loan into a second season.

The Wales winger has struggled for fitness since arriving in September. He was injured when he signed and Bale has managed only a single Premier League start since.