With two days of mourning observed for Virgil van Dijk, Liverpool are thinking of the next man. 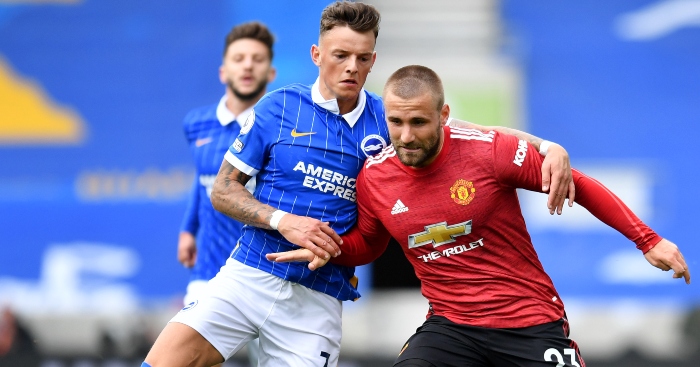 The body of Virgil Van Dijk isn’t yet cold but – oh, he isn’t dead… what’s this all about then? – talk has already turned to who can fill the Liverpool defender’s boots.

Jamie Carragher has suggested the Reds make a January move for RB Leipzig’s Dayot Upamecano. The idea has been floated before but not until next summer when the France defender will be available for around £38million.

Ahead of the winter window, a familiar link is emerging. Football Insider says Brighton’s Ben White is back on the Reds’ radar. Liverpool scouts were known to be watching White during his loan spell at Leeds last season and the reports were all positive.

Leeds failed to agree a deal with Brighton for the centre-back, with the Seagulls snubbing three offers, the last of which came in at around £25million. Liverpool’s urgency won’t make the 22-year-old any cheaper.

MBAPPE NO CLOSER TO PSG DEAL

Le Parisien says the France star has shown no desire whatsoever to even talk to PSG about a renewal, in which case he will most likely be sold next summer ahead of the final year of his contract.

Liverpool, Barcelona and Real Madrid are casually tossed into the story, and the Reds’ interest is well established. Barcelona couldn’t afford Mbappe without sending Lionel Messi the other way, but Real seem to be the hot favourites, with Florentino Perez saving all his pennies for the France star.

Mbappe might not be willing to stick around in Paris but the same story suggests that Neymar is.

The Brazilian had been trying to get out of France almost since he arrived from Barcelona, with a return to the Nou Camp his preferred option. But those options have dwindled and Neymar appears to have reached the conclusion that he is better off where he is.

So PSG’s failure to bring him to the negotiating table has come as something of a disappointment. Neymar’s contract expires at the same time as Mbappe’s but Manchester United’s opponents tonight don’t seem to be all that fussed about convincing him to stay.

Jose Mourinho has always said that Tottenham are too nice and Sunday’s hilarious bed-wetting incident highlights the manager’s point.

The answer: Diego Costa. That is the line being pushed by Don Balon, with Spurs linked with a January move for the Atletico Madrid striker.

One problem, though, is the former Chelsea centre-forward would have to take a pay-cut to join Spurs. If there’s one man who wouldn’t be afraid to say that to Costa’s face, it’s probably Daniel Levy.