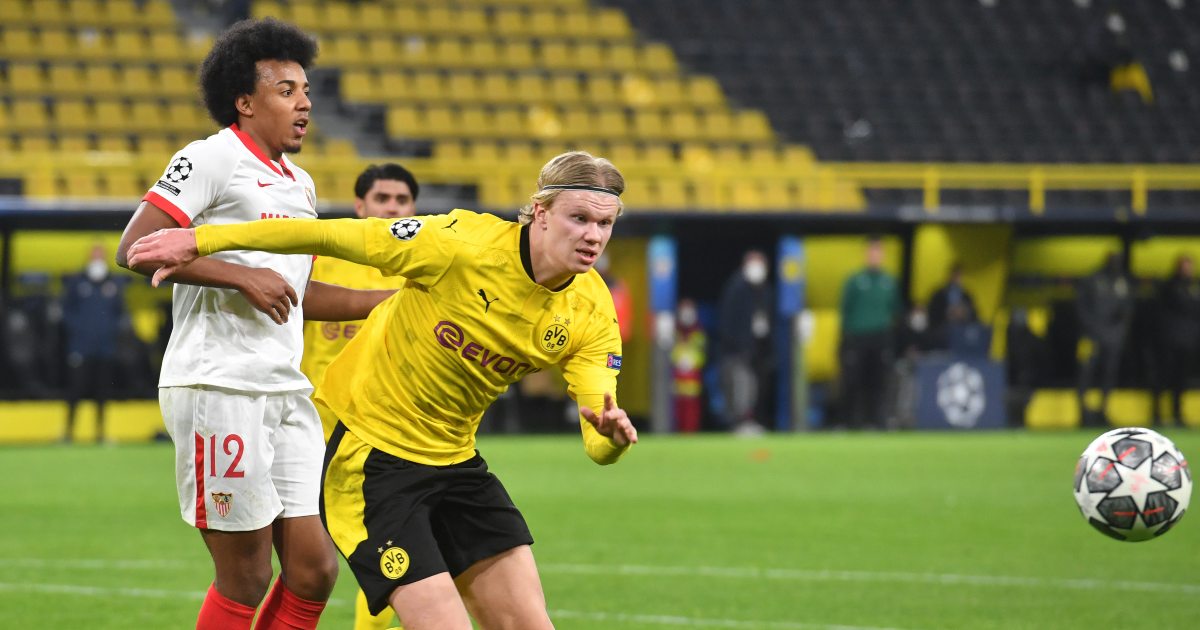 In Wednesday’s transfer gossip, Liverpool are being linked with Sander Berge, Chelsea are on a Haaland mission and Manchester United are getting a discount on Kounde…

LIVERPOOL ON THE BERGE OF NEW MIDFIELDER
Liverpool love a relegated player and the most obvious relegated player to target this summer is Sheffield United’s Norwegian Sander Berge. There will be a gap in midfield this summer when Gini Wijnaldum leaves and Berge is being viewed as an affordable replacement. He cost the Blades £22m last season and is unlikely to cost Liverpool much more, particularly as he has been missing through injury since December.

This rumour comes courtesy of Eurosport, who also report that Aston Villa are looking at Berge as a possible summer signing. Liverpool would be the favourites if they do enter the race, with Berge saying in 2019: “Playing at Anfield is a dream for everyone in the world, and not least for Norwegians. I could certainly like to play at Anfield as often as possible.”

IT’S GOT PERSONAL FOR CHELSEA AND HAALAND
Roman Abramovich obviously did not take kindly to reports of Erling Haaland ruling out Chelsea because they are not considered a ‘top club’ and he is said to have made it his ‘personal mission’ to sign the Norwegian this summer (even after previously vowing never to deal with Mino Raiola again). As Haaland is also seen as a ‘priority target’ for Manchester United, this could be an interesting summer.

Also in the hunt are Manchester City, Real Madrid and Bayern Munich, though the latter clubs are said to be keen on waiting until 2022 when he is available for just £64m. If Dortmund can get over £100m this summer, they will surely take that money, and then it would be down to the player himself to decide whether Chelsea really are big enough.

MAN UNITED TARGET PRICE SLASHED
Now this is The Sun website so grab yourself a massive pinch of salt but they claim that ‘MANCHESTER UNITED have received a boost in the race for Jules Kounde – with Sevilla lowering their asking price to around £50million.’ Whoop. Now that really is some discount on the £87.4m release clause and even on the £70m that the Spanish side originally wanted up front for the Frenchman who cost them just £22.5m two years ago.

Kounde is reportedly seen as the long-term partner for Harry Maguire at Manchester United, where he would be expected to double his wages to about £140,000 a week. At 22 he would be an excellent signing for the future but also the present; he has established himself in a team that reached the last 16 of the Champions League and are close to qualifying again.