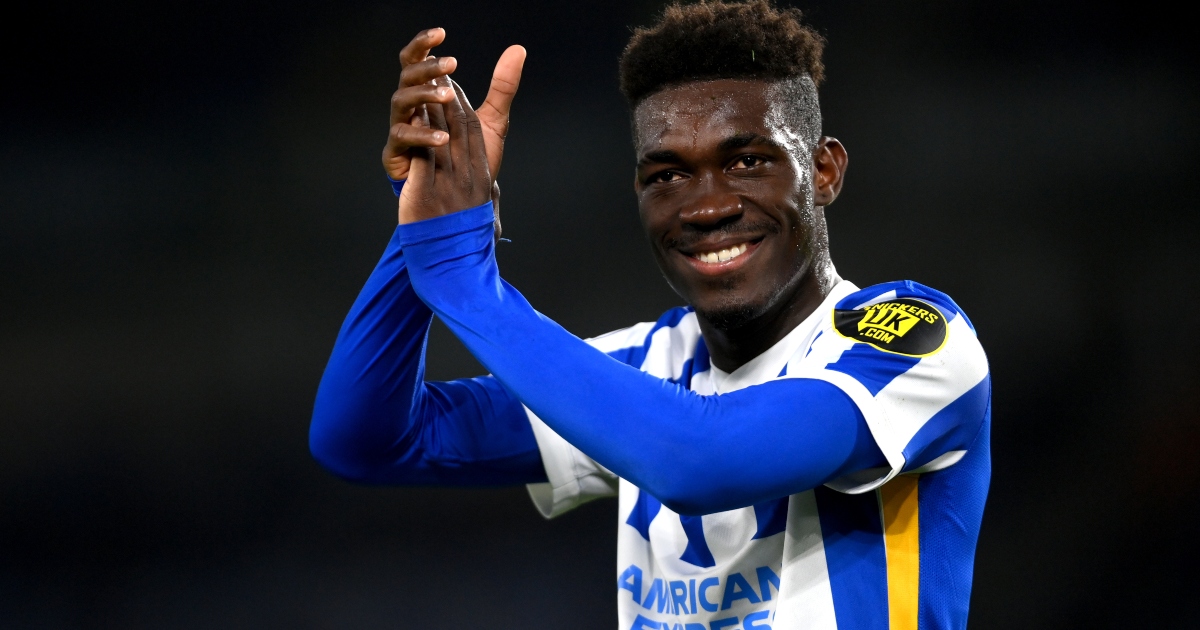 Liverpool have made the first move for Yves Bissouma, while Borussia Dortmund want a Man Utd defender…

REAL CONFIDENT OVER NEW MBAPPE BID
On Thursday it was reported that PSG had told Real Madrid that only an offer of £188million would be considered if they were to entertain the prospect of selling Kylian Mbappe before the deadline.

Today it seems that Real still feel there is a bargain to be had. Because Goal says the Spanish giants have submitted a second offer worth £146million plus another £9million in add-ons. Even if they were to be paid, that would still leave PSG £33million short of their asking price.

That, apparently, hasn’t stopped Real from feeling ‘increasingly confident’ that their latest bid will do the trick. Indeed, Marca says a deal could be announced today.

PSG BACK OFF TO ALLOW CITY FREE RUN AT RONALDO
PSG have also dismissed suggestions that Cristiano Ronaldo could move to Paris to fill the superstar void left by Mbappe.

“Ronaldo? We do not have any talks open with him,” said PSG president Nasser Al-Khelaifi.

That’s because Ronaldo is apparently talking to Manchester City, who could do with some good news this week.

Fabrizio Romano says Juventus are waiting for City’s bid ‘to arrive in the next hours’, which is progress from yesterday when it was reported that the Premier League champions had no intention of coughing up a transfer fee for the 36-year-old.

LIVERPOOL MAKE BISSOUMA ENQUIRY
It was expected to be a quiet last few days of the transfer window for Liverpool. But The Express reports the Reds are getting busy over Yves Bissouma.

The Brighton midfielder was expected to be in demand this summer, but few official offers have been forthcoming, with Arsenal and Manchester United also interested in the 24-year-old.

But Liverpool are said to have made contact with Brighton to enquire over their asking price, which is expected to be around £40million.

In which case, why aren’t United making a move yet given they are crying out for a midfielder like Bissouma?

DORTMUND DISCUSS DALOT DEAL
Well, because they have to raise the cash first. The Glazers have already spent big money on Jadon Sancho, Rafael Varane and a few pots of red paint for the Old Trafford exterior, so they are insisting on selling some of their deadwood before dipping their toe back into the market.

They could rake in a transfer fee for Diogo Dalot, who is wanted by Borussia Dortmund.

Sky Sports says the Germans are already in talks with United, who would rather sell, but Dortmund are trying their luck with an initial loan offer with the option of a permanent deal next summer.

Which surely won’t appeal to United. Dalot is the only specialist cover for Aaron Wan-Bissaka, and sending him to Dortmund for the season serves little purpose with the Red Devils looking to raise funds now.