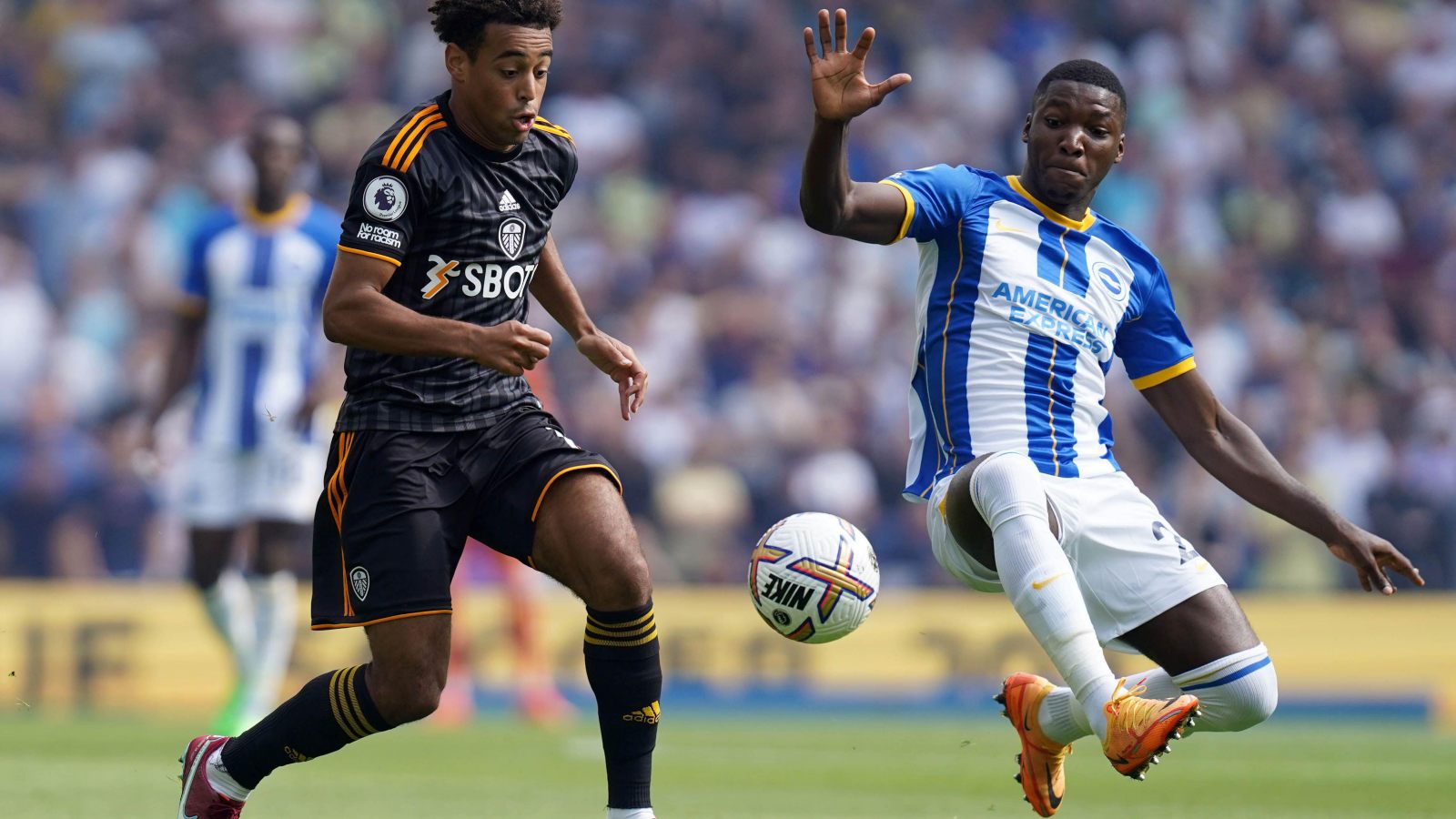 Liverpool have offered Brighton a massive return on a player Man Utd could have signed for a snip last year, while Cristiano Ronaldo has turned his nose up at Napoli…

LIVERPOOL MOVE FOR MOISES
Three days to go and Liverpool have found themselves scrambling around for a midfielder. On Monday, they were linked with four. Today, it seems they’re moving for one of the most impressive performers in Brighton’s fine start.

According to The Sun, the Reds have submitted a £42million offer for Moises Caicedo. The Ecuadorian only made his Premier League debut in April and has since played 12 games in the top flight after joining the Seagulls in 2021.

Back then, it was Manchester United who had a deal all but done to land Caicedo from Independiente del Valle but the Red Devils walked away because the players’ agents were causing a ‘clusterf***’ – one that Brighton found a way through and, if they accept this offer, stand to make a ten-fold return on their investment.

But it’s highly unlikely they will be tempted by Liverpool’s bid. Graham Potter, when asked about the offer, replied: “You’d probably get his boots for that from the chairman – maybe! £100million? They can try.”

NO DEST DEAL FOR MAN UTD
United are also scratching around somewhat, even if Antony arrived in Manchester on Monday to undergo his medical and complete his move from Ajax. So Erik ten Hag is now left short of a centre-forward, a right-back and, ideally another midfielder.

Ten Hag is said to be keen-ish to sign Sergino Dest from Barcelona – earlier reports suggested he’d prefer Thomas Meunier from Borussia Dortmund – but Cadena COPE reckons the Catalans are yet to reach any agreement to sell the USA international.

United officials were perhaps attracted to the convenience of the Dest deal since Sport says a swap could be on the cards involving Dest and Aaron Wan-Bissaka.

RONALDO SNUBS NAPOLI LOAN
United are also trying to find a solution to the Cristiano Ronaldo problem, with the Portugal megastar keen to leave but few – if any – clubs are willing to take him, his massive wages and bigger ego.

Napoli were interested in giving Ronaldo an escape from Old Trafford, but it seems the 37-year-old has turned his nose up at the prospect of a season in Naples.

Spanish journalist Edu Aguirre, apparently one of Ronaldo’s closest friends, has told El Chiringuito that the player has decided against moving to Napoli on loan for the season, during which time United would supplement his wages.

SPURS EYE WING DUO
Even Tottenham aren’t above a last-minute trolley dash, despite getting the bulk of their business done nice and early this summer.

Fabrizio Romano says Daniel James is a target for Antonio Conte, with Spurs having enquired over the Wales winger’s availability with a view to a loan deal that would include an option to buy. James only joined Leeds last summer from Man Utd for around £25million, but Everton are also said to be sniffing.

The Telegraph says Spurs have their sights on another wideman: Yannick Carrasco.

The Belgium international is comfortable as a winger or wing-back and Atletico Madrid are open to a sale. Atletico have previously asked for around £25million for the 28-year-old, who was under consideration at Man Utd before they pressed ahead with the Antony deal.