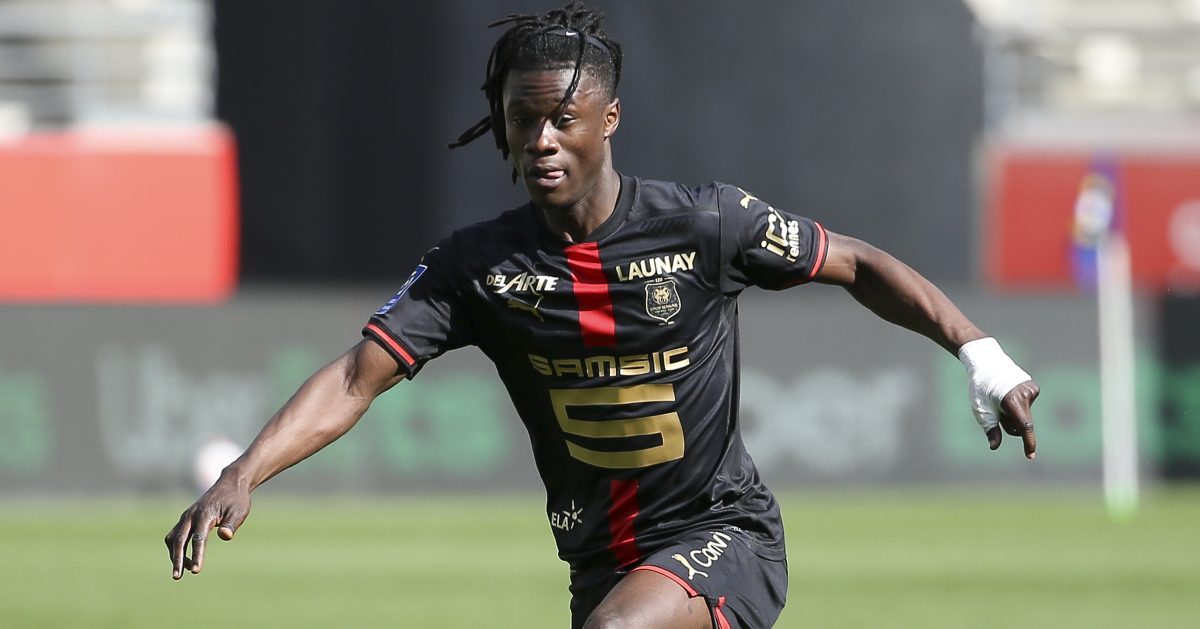 LIVERPOOL LINE UP CAMAVINGA
Real Madrid may have knocked Liverpool out of the Champions League, but the Reds could gain some revenge by beating the Spaniards to Eduardo Camavinga.

The France midfielder looks set to be one of the summer’s hottest properties having told Rennes he will not be signing a new contract. With only a year left on his current terms, the Ligue 1 side will have little option but to sell.

Real have been tracking Camavinga for some time, while Barcelona are also said to be keen on the teenager, even if they are on the bones of their arse. At least Gini Wijnaldum won’t cost them a transfer fee.

The Dutchman’s departure from Anfield leaves the Reds short of a midfielder and the Daily Express is touting Camavinga to fill the void. Apparently, Liverpool’s limited midfield options could put them ahead of Real in the queue.

The Borussia Dortmund striker is described by Mundo Deportivo as ‘el gran objectivo’ for Barca, for either this summer or next.

The appeal in waiting a year for Barca is the release clause in Haaland’s contract that could make him available at around the price he could go for this summer.

Then when you chuck in the £30million in commission that Mino Raiola wants to split with Haaland’s old man, the hurdles become clear for Barca, who are ‘not going through their best moment’ financially. Which seems likes a whopper of an understatement.

MAN UTD, SPURS IN LONG LINE FOR BELOTTI
If Barca want a goalscorer, they could do worse than Andrea Belotti.

The Torino striker is a year from the end of his contract and there is little hope of a renewal.

Belotti has been linked with Chelsea and Everton this week, and Tuttosport have casually thrown Manchester United and Tottenham’s name into the mix too.

EVERTON EYE JUVE DUO
Juventus are one of the few Italian clubs not mentioned as targeting Belotti. Perhaps because the Torino captain would struggle to join their great rivals, but also because they want to re-sign Moise Kean.

The Everton striker is currently on loan at PSG and though the French side fancies signing the Italy forward on a permanent basis, Everton’s terms don’t appeal.

The Toffees want around £43.5million for the centre-forward. But Gazzetta dello Sport reckons they would be open to a part-exchange deal including Adrien Rabiot or Merih Demiral.