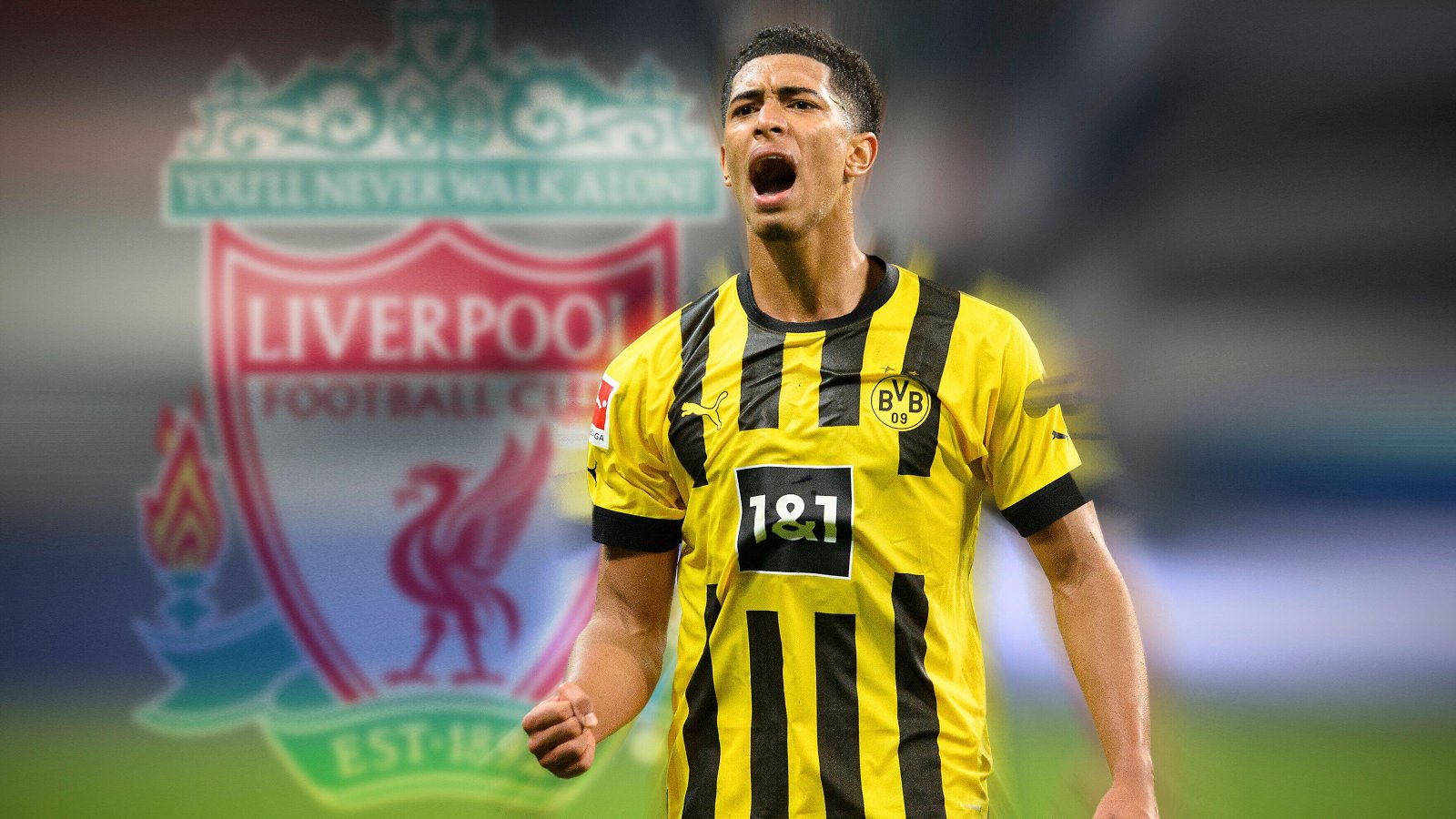 Real Madrid are concerned that Liverpool have ‘complicated’ one potential signing, while Man Utd have been linked with three strikers…

COMPLICATIONS
Real Madrid have made Jude Bellingham their top summer transfer target but they are concerned about interest from Premier League side Liverpool, according to reports in Spain.

The England international has been in particularly good form over the past couple of seasons with the 19-year-old showing a maturity on and off the field beyond his years. Bellingham has contributed nine goals and two assists in 19 appearances in all competitions this season as he continues to impress at the Westfalenstadion.

Interest from Liverpool has been mooted for a long time now but their dodgy start to the new Premier League season means there are now more doubts over whether Bellingham would join, especially if they missed out on the top four.

But Spanish publication Marca still believe that Liverpool are the ‘great rival’ to Real Madrid for Bellingham’s signature with the Spanish giants concerned that their ‘operation has been complicated’ by the Reds’ interest.

Liverpool are ‘not going to make it easy’ for Real Madrid with the report claiming that the Reds have now ‘launched’ their efforts to sign Bellingham. Real are hoping to gradually end their reliance on Luka Modric and Toni Kroos with Bellingham ‘next on the list’ after signing young midfielders Aurelien Tchouameni and Eduardo Camavinga in previous windows.

Real’s ‘operation’ to sign Bellingham is now looking ‘quite complicated’ despite receiving ‘positive’ feedback from the player’s representatives with doubts over whether the Spaniards would stump up the €150m needed to seal his signing.

Marca add that the ‘the atmosphere points to a closeness with Liverpool that was not such a month ago’ with ‘history and recent success Real Madrid’s great asset’.

MAN UTD LINING UP STRIKER SWOOP
Manchester United are likely to bring in a new striker over the next couple of transfer windows depending on when Cristiano Ronaldo leaves the club and a number of names have been linked over the last 24 hours.

The Daily Telegraph claim the Red Devils are ‘preparing for life without Cristiano Ronaldo by prioritising a striker as their next major first-team signing, with Slovenian striker Benjamin Sesko high on their list of long-term targets’.

It is understood that ‘finding a striker is the next part of Ten Hag’s rebuild at United’ with Sesko ‘widely admired inside Old Trafford with the club prepared to play the long game over one of the continent’s best young players’.

Man Utd are also ‘keeping a close eye on Dusan Vlahovic’s situation’ with the possibility that Juventus could lose some of their best players if they fail to qualify for the Champions League. Juve are currently eighth in Serie A and playing below expectations while they were knocked out in the group stage of the Champions League this season.

While Fabrizio Romano claims that Man Utd have fallen behind in the race to sign the highly-rated Brazilian youngster Endrick with other clubs now ahead in the race.

Romano wrote on Twitter: ‘Real Madrid, Paris Saint-Germain and Chelsea are the three clubs that are pushing hard to sign Endrick. They are ahead of all the other clubs. There’s no official bids to Palmeiras yet – but it will happen soon. Release clause: €60m. Endrick would join in 2024.’