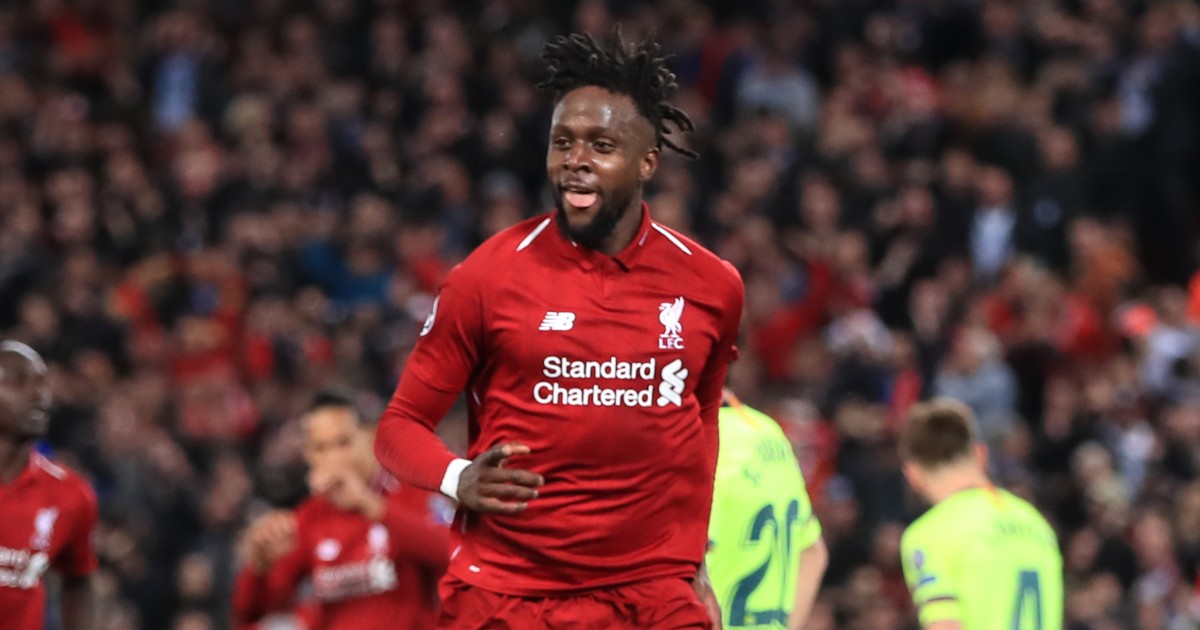 Divock Origi is on the radar of Barcelona, which could free up a Liverpool squad space for £34m Karim Adeyemi after his sensational start.

KARIM OF THE CROP
Karim Adeyemi “will definitely leave Salzburg next summer,” if Marc Behrenbeck, transfer expert for Sky Sport in Germany, is to be believed. The 19-year-old has scored 11 goals, set up a further two, won five penalties in two Champions League games and made his Germany debut, netting in 18 minutes against Armenia, this season.

That has attracted predictable attention from elsewhere. Bayern Munich, Dortmund and Leipzig are mentioned, with Behrenbeck suggesting one more Bundesliga move is likely. But Liverpool “recently asked” about the forward and were given a ballpark in which to play.

It would take a fee between £25.5m and £34m to persuade Salzburg into business. The latter number was what it took to sign Mo Salah in 2017 and he has turned out to be alright.

DIVOCK SAYS
If Adeyemi comes in, one forward would need to move out of Anfield. And while many might assume Salah, Sadio Mane or Roberto Firmino could be shifted on first, injury-stricken Barcelona have another Liverpool striker in mind.

Not yet accustomed to the acquired taste of Luuk de Jong, Barca mouths are watering at the prospect of bringing in Divock Origi next year. Spanish newspaper Sport say that while any January transfers seemed ‘impossible’ at the Nou Camp due to their economic situation, a dreadful start to the season has reignited the conversation. Because financial crises don’t matter when you lose 3-0 to Benfica.

Their groundbreaking plan is to target players whose contracts expire in summer 2022, offering the respective clubs a small fee in the hope of persuading them to take something now instead of nothing six months later. On that list would be Edinson Cavani, Lorenzo Insigne, Andrea Belotti and Divock Origi.

The Belgian is described not only as ‘the eternal substitute’, but also one of the ‘proven scorers’ Barcelona are monitoring. Origi has 36 goals in 161 games – although Barca can be excused for thinking that, considering he has two goals in 91 minutes against them.

POUND STERLING
Barcelona’s only other option is to try and get someone in on loan, which is where Raheem Sterling comes in.

His underwhelming season at Manchester City continued this week as Sterling played 27 combined minutes against Chelsea and Liverpool in the Premier League, with defeat to PSG sandwiched in between. The only game he has started and won at club level this season was against Wycombe in the Carabao Cup.

Moving to Barcelona probably wouldn’t change that in their current state but the Daily Mirror report that the money freed up by offloading Lionel Messi and Antoine Griezmann could be directed towards the England international.

That would cover Sterling’s wages, although quite how Barcelona expect to convince Manchester City that loaning out one of their many brilliant forwards is a good idea is not explained.