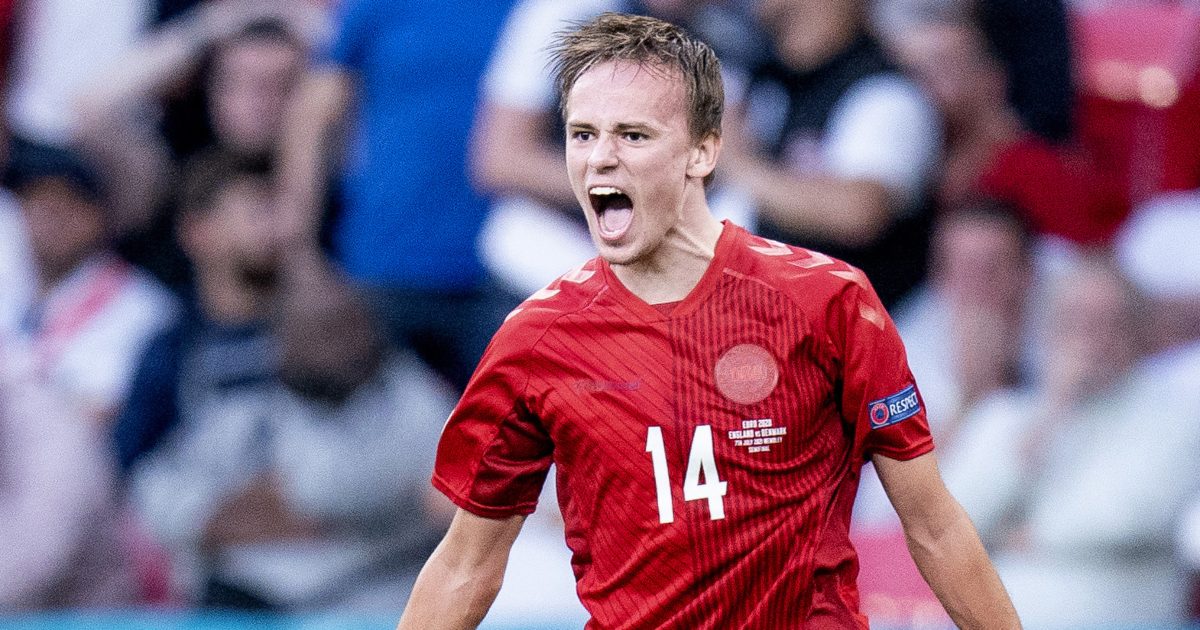 DAMSGAARD LINK WITH LIVERPOOL
Remember Mikkel Damsgaard of Euro 2020 fame? He was excellent for Denmark at that tournament – scoring two goals from the left wing despite being only 21. It now seems like he might be available for transfer from Sampdoria just a year after joining the Italian club for £6m.

Damsgaard has been linked with Leeds, Aston Villa and table-topping Tottenham, but La Repubblica now claim that Liverpool could be ‘genuine contenders’ for the Dane, even though Jurgen Klopp has made it clear that his business is done for the summer.

DANIEL JAMES OFF TO LEEDS?
It’s curious that Daniel James started against Wolves on Sunday (he was terrible as Mason Greenwood stole the show) as The Athletic are the latest to claim that Manchester United are ‘ready to listen to offers’ for the Welshman. They say that Leeds are the front-runners and would consider a loan or a permanent transfer, which would cost north of £20m.

‘It is believed that Leeds manager Marcelo Bielsa remains an admirer of the Welsh winger and would like his club to sign James before Tuesday night’s deadline,’ it says here. Brighton had been linked but their interest has seemingly cooled.

KOUNDE ULTIMATUM TIME
Jules Kounde was supposed to be a Chelsea player by now, but there is one slight problem: Chelsea are way, way short of the asking price. According to AS, Chelsea have only offered around £43m, which is nowhere near his Sevilla release clause of £68.5m. So the Spanish club want an offer of closer to £60m on Monday or the price will be the release clause and there will be no discounts.

It makes you wonder whether Chelsea have any intention of signing Kounde; they defended admirably on Saturday against Liverpool and used five centre-backs in 90 minutes, including revelatory youngster Trevoh Chalobah. Thomas Tuchel may wonder whether he really needs another.

There seems to be a theme of Chelsea coming up short as Sky Italia are reporting that they have failed in a loan move for Atletico Madrid’s Saul Niguez.