Home All The News Gossip: Klopp urges Liverpool not to miss Alaba chance 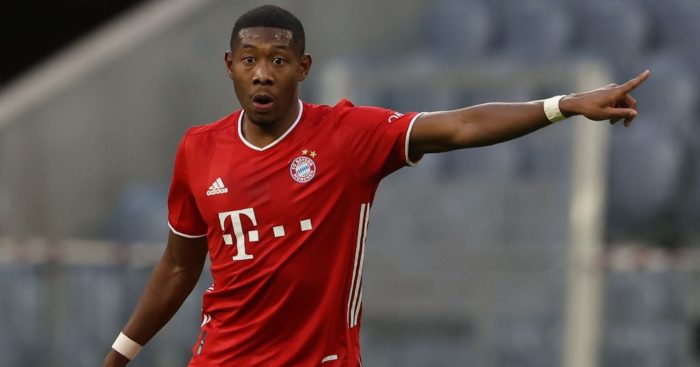 REDS SEEK TO SPOIL REAL PLAN FOR ALABA
Last week, it was reported in Spain that David Alaba was heading to Real Madrid. The Bayern Munich defender was even said to have dropped his trousers and coughed for the Real doctor. But now we are told that Alaba may yet head elsewhere.

That is the wish of Jurgen Klopp, as far as Don Balon on concerned. Apparently, the Liverpool boss has urged the Anfield hierarchy not to miss the chance to sign Alaba on a free.

There’s no word on whether Klopp’s wishes are being considered. His suggestions over the need to sign a centre-back this month appear to be falling on deaf ears, and given the salary Alaba is said to be demanding, the chances of FSG agreeing to those terms are almost non-existent.

A club somewhere may well make Alaba a better offer than what Real Madrid have tabled. That seems unlikely, and less likely still that it will be Liverpool.

REAL EYE CHELSEA TARGET, SPURS DEFENDER
Real have other irons in the fire too.

The Daily Express reckons they have intensified their pursuit of Erling Haaland. That comes after Kylian Mbappe suggested that he may be willing to stay at PSG after all.

Real are also reported to be considering a reunion with Sergio Reguilon.

The Tottenham defender has impressed since moving from Real in the summer, so much so that the Spaniards are considering buying him back.

A clause in the terms they agreed with Spurs allows Real the option to do just that for around £40million and Sport reckons they are tempted.

OLE GRANTS LINGARD REQUEST
It’s not clear what took him so long but it seems Ole Gunnar Solskjaer has finally decided that Jesse Lingard should be allowed to leave Manchester United this month.

Lingard has barely kicked a ball in the Premier League for United this season and though the club exercised their option to extend the 28-year-old’s contract for a further year to 2022, that was done to avoid losing the former England attacker for nothing.

ESPN says Solskjaer has concluded that he can do without Lingard and the final decision lies with the Old Trafford board. Because they definitely know best.

Porto are said to be monitoring the decision-making process, with the Portuguese club willing to offer around £8million.