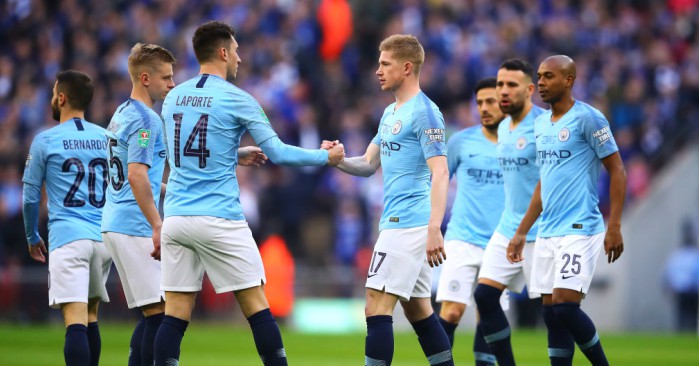 Anyway, the two names they pick are Aymeric Laporte – to partner Virgil van Dijk in an unstoppable pairing – and Kevin de Bruyne, who is currently the best player in the Premier League who is not already playing for Liverpool. It all makes sense…it would just never happen.

TOP TEN: How do Liverpool get better? And other questions

LIVERPOOL HAVE WERNER CONCERNS
Better sourced is a piece from Melissa Reddy in The Independent which details Liverpool’s interest in striker Timo Werner but says the Reds have made no approach because they have concerns about his willingness to basically come as an understudy for Roberto Firmino. We will see Werner at close quarters this Wednesday, of course.

She says that Werner is seen as a much cheaper alternative to Jadon Sancho and Kylian Mbappe, though both have been explored by the club. She also says that Todd Cantwell is not about to join any time soon. So that scuppers that gossip.

SMALLING HEADING HOME?
Not to Manchester United, it seems, but to either Tottenham or Everton, with both clubs said to be keen on the former England defender who has found his groove again in Rome. But with Roma losing ground on a Champions League place, Smalling might well become available.

The link to Tottenham is an interesting one because manager Jose Mourinho has previous for throwing him under a bus for not being willing to play through pain. Everton seems like an excellent fit, mind.