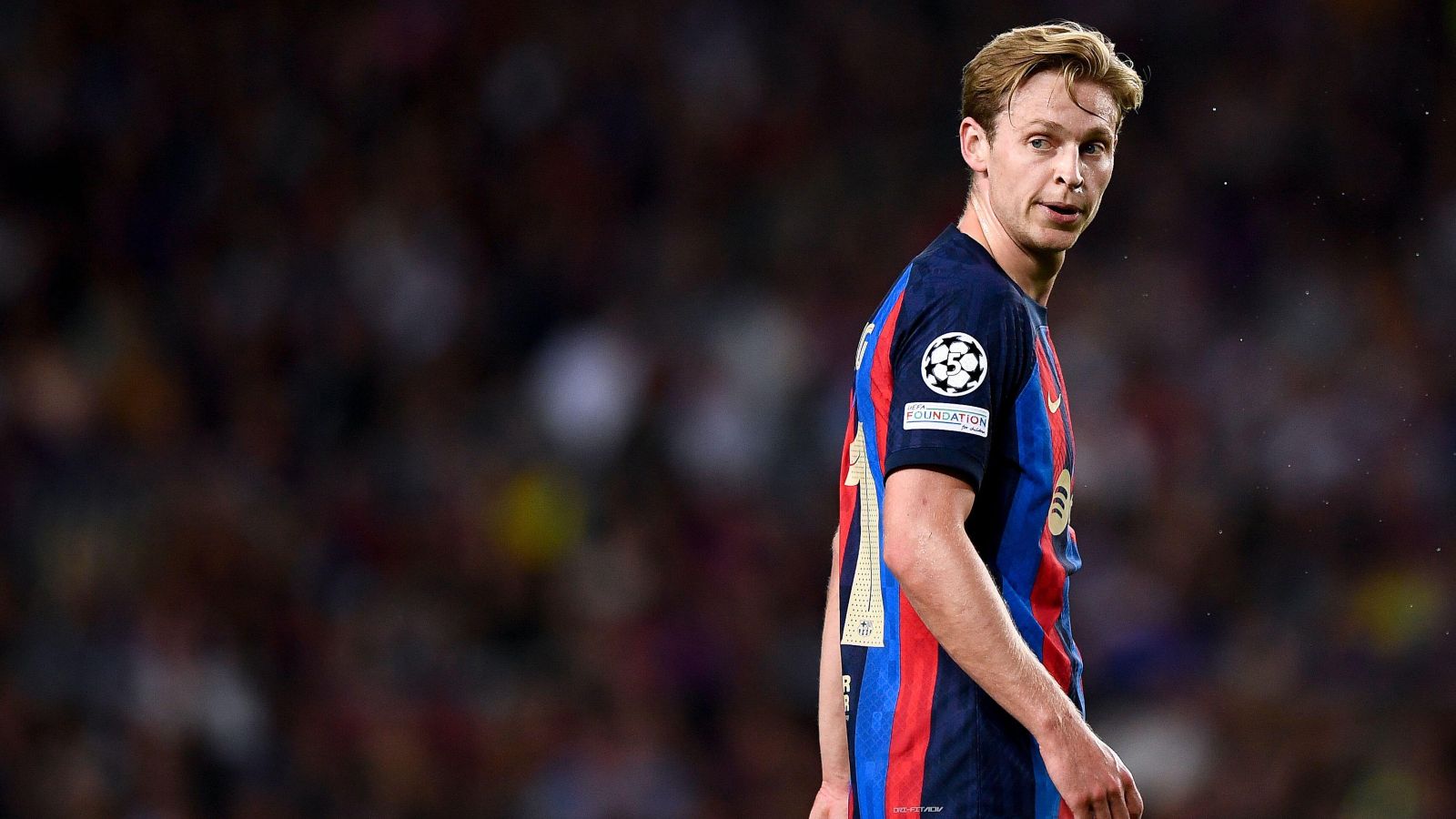 Liverpool have entered the race for a long-term Man Utd target, while Paris Saint-Germain have got their eye on an Arsenal defender…

FRENKIE GOES TO MERSEYSIDE
Premier League side Liverpool have entered the race for long-term Man Utd target Frenkie de Jong, according to reports in Spain.

De Jong ended up staying at Barcelona in one of the longest running transfer sagas of the summer transfer window after months of confusion over his future at the club. The Red Devils managed to agree a fee with Barcelona for the Netherlands international with the Man Utd recruitment team receiving encouragement that a deal could be done.

However, De Jong insisted that he always wanted to stay at Barcelona in the summer despite reports Chelsea were also interested in him. There have already been reports that Man Utd will try again for De Jong in the next couple of transfer windows but they could now face competition from Liverpool.

Spanish publication Sport insist that Liverpool have decided to ‘enter’ the race with the Merseysiders looking to solve ’emergencies’ in central midfield. Naby Keita, Oxlade Chamberlain and James Milner are all out of contract in the summer, while Arthur Melo’s loan from Juventus will also come to an end.

There is a feeling that Liverpool will invest heavily in their midfield in the summer and the Reds now ‘want’ to make a ‘bid’ for the Dutch star. Sport reckon De Jong is ‘destined’ to move away from the Camp Nou in the summer and will ‘look favorably on studying an exit’.

De Jong ‘could be important’ for Liverpool if they manage to sign him and their interest in the Man Utd target ‘could be definitive’, especially if they qualify for the Champions League ahead of Man Utd again.

SHORT AND SWEET?
Paris Saint-Germain are keen on bringing Arsenal centre-back William Saliba to France in the summer amid uncertainty over his contract situation, according to CBS Sports journalist Ben Jacobs.

Saliba has helped solidify the Gunners’ defence in his nine Premier League appearances this season with the club flying high at the top of the Premier League table under Mikel Arteta.

Arteta put him straight into his team this season after Saliba was named Ligue 1 Young Player of the Year last season during a successful loan spell at Marseille. And the Arsenal star could potentially be heading back to France if the uncertainty over his contract situation continues.

Saliba has under two years left on his deal and there have been noises insisting that the France international is not in any rush to renew his contract at Arsenal.

And now CBS Sports journalist Jacobs has brought an update with strong interest from PSG. Jacobs claims: “Compared to Martinelli and Saka, he’s [Saliba] only been back at the club a few months.

“He’s still coming to terms with a lot of voices in his ear. It’s not just Marseille, it’s PSG saying: ‘if you’re that uncertain or unsure about Arsenal, we can potentially bring you in’.

“PSG are definitely still looking for defenders. I see no reason he would want to leave but the only caveat there is he did love living in France. If PSG did come in, it might give him a decision to make.

“Arsenal have confidence but there is a lot more concrete interest around Saliba.”