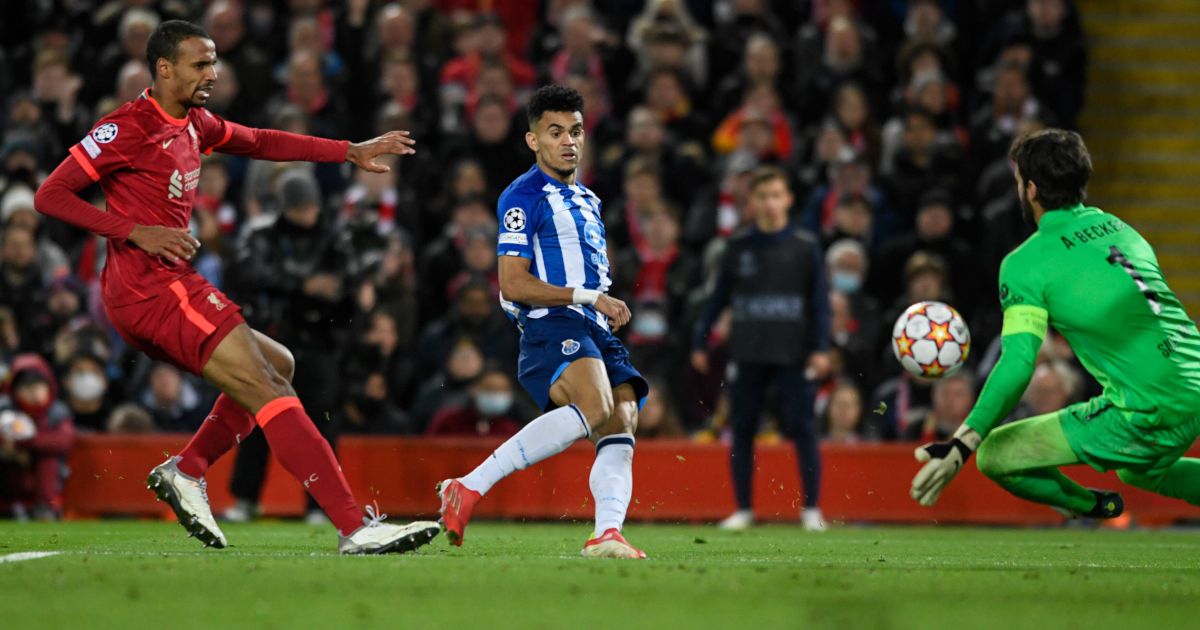 Liverpool want to land a Colombian winger ASAP, while Manchester United are seen as an alternative for a Barcelona defender…

LIVERPOOL DESPERATE TO LAND PORTUGUESE STAR
Liverpool are closing in on the signing of Porto winger Luis Diaz but could have to beat off competition from elsewhere, according to reports.

The Reds are among a host of top European clubs chasing the 24-year-old, who has 14 goals and three assists for Porto this season in 22 matches in all competitions. It is understood that Liverpool would like to get a deal for the winger over the line in January with Mo Salah and Sadio Mane departing for the African Cup of Nations – but that might not be possible.

Journalist Pipe Sierra (via Sport Witness) claims that Liverpool are ‘very interested’ in bringing Diaz to Anfield with Jurgen Klopp’s side wanting to complete a deal for the Colombia international ‘as soon as possible’. If the Premier League side want to buy him in January it would set them back €80m (£67m) but Porto could be willing to negotiate as low as €50m (£42m) to €60m (£50m) in the summer.

However, Liverpool ‘are not the only interested club’ with Atletico Madrid, Bayern Munich, Chelsea and Everton all taking a look at the winger.

MAN UTD IN THE FRAME FOR BARCA MAN
Manchester United are offering Barcelona defender Ronald Araujo an alternative option if he decides to leave the Catalan giants, according to reports in Spain.

The Uruguay international has emerged as an important player in the Barcelona first-team squad since the beginning of the 2020/21 campaign. Araujo made 24 appearances last season in La Liga and has been used regularly this campaign too, with 19 appearances in all competitions so far.

His contract is due to expire in the summer of 2023 with Chelsea and Liverpool linked with bringing the centre-back to the Premier League.

And now Catalan publication Sport (via Sport Witness) claim that Araujo has ‘very important offers’ to leave Barcelona in the summer with defender wanting ‘a large and important’ offer to stay at the Camp Nou. The report adds that he currently earns a lot less than other defenders such as Gerard Pique, Samuel Umtiti, Clement Lenglet and Eric Garcia.

AND THE REST…
Tottenham are leading the race to sign midfielder Franck Kessie, whose contract with AC Milan runs out in the summer…Newcastle United boss Eddie Howe does not want to make a move for Tottenham midfielder Dele Alli…Chelsea are ready to compete with Liverpool to try to sign Brazil winger Raphinha from Leeds United in the summer…Real Madrid are interested in Chelsea right-back Reece James and could try to tempt the Blues by offering Eden Hazard as part of any deal…Tottenham are interested in Juventus midfielder Weston McKennie…Chelsea winger Callum Hudson-Odoi is a target for Napoli, who are managed by ex-Blues boss Maurizio Sarri.