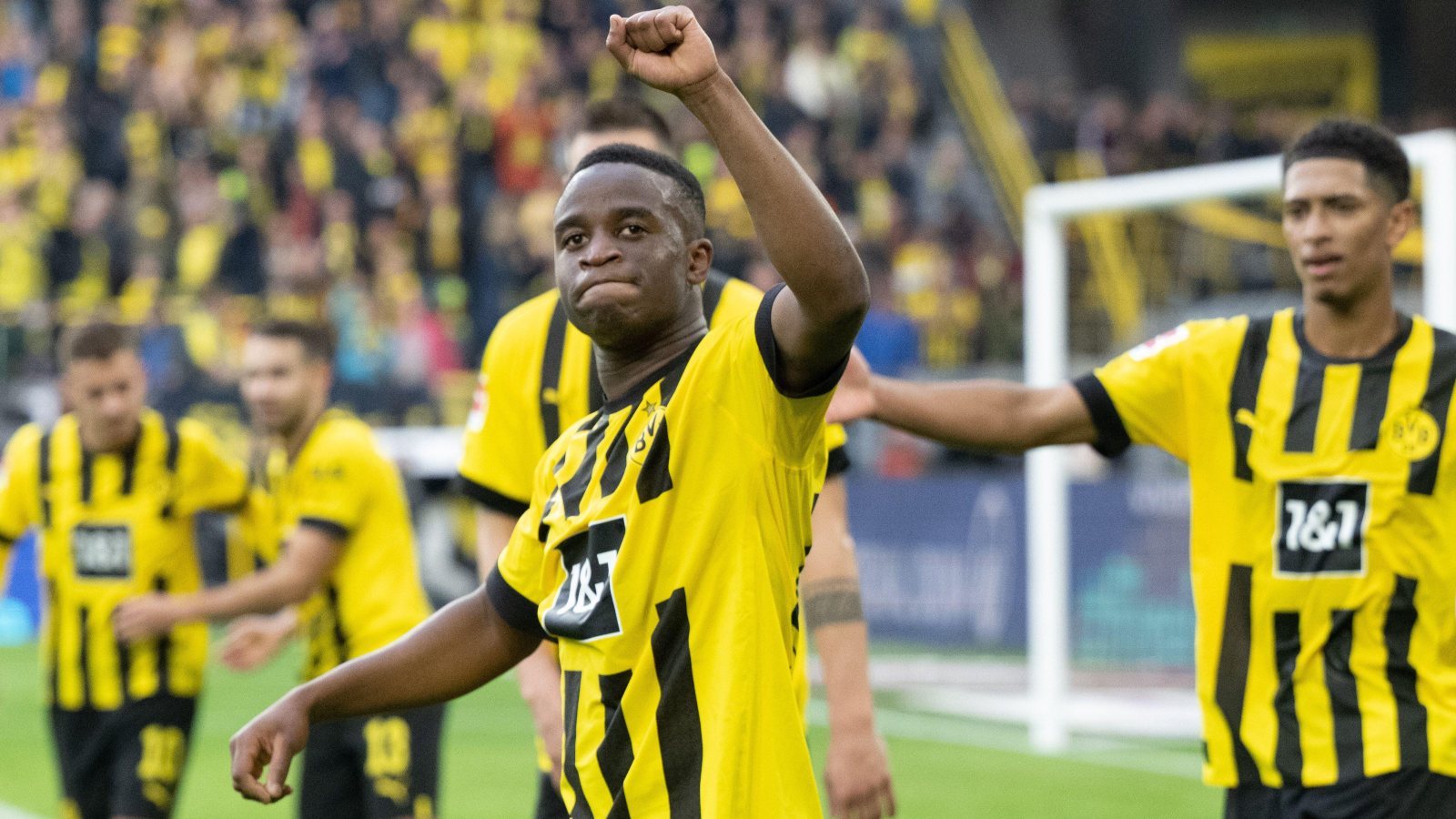 Liverpool could nab a bargain should Youssoufa Moukoko decide not to renew his Dortmund deal, while Chelsea are looking at two players linked with Manchester United…

LIVERPOOL FAVOURITES TO LAND DORTMUND STARLET
Liverpool’s scout in Germany presumably has a season ticket for Borussia Dortmund this season, with the Reds apparently keen to take two of BVB’s best young talents.

Their interest in Jude Bellingham is well established. Liverpool have been tracking the England midfielder ever since he moved to Germany from Birmingham and the Reds are expected to make a move next summer. Their problem is that everyone else in Europe has cottoned on to the fact that Bellingham is bloody brilliant and there’s a now a clamour for his signature, with Real Madrid and Chelsea pushing just as hard.

Liverpool, though, may be leading the race for another of Dortmund’s hottest prospects. That’s the view of Sport, which suggests the Reds have the upper hand in the race for Youssoufa Moukoko.

The 17-year-old made his senior debut aged 16 and is already a first-team regular at Dortmund. He scored one and laid on another in a 5-0 win over Stuttgart at the weekend, taking his tally to four goals and five assists for the season.

Moukoko is out of contract at the end of the season, which means Liverpool are eyeing a bargain. But they aren’t the only ones. Real, Barcelona and PSG are all monitoring the Germany Under-21 striker.

BOEHLY STILL KEEN TO TAKE RONALDO OFF TEN HAG’S HANDS
There are plenty of whispers around Chelsea this morning, with Cristiano Ronaldo’s name featuring prominently among them.

The Portugal superstar was missing from Manchester United’s squad that earned a 1-1 draw at Stamford Bridge on Saturday after he acted the d*ck last week, regardless of whatever defence Roy Keane might offer.

Todd Boehly wanted to bring Ronaldo to Chelsea during the summer and, according to the Daily Mail, the Chelsea owner remains interested ahead of a January window in which the Mirror says Erik ten Hag wants the 37-year-old gone.

The Blues are also said to be keen on bringing Adrien Rabiot to west London. Rabiot is out of contract at the end of the season and Chelsea could offer around £6million to take the France midfielder in January while letting the Old Lady borrow Hakim Ziyech in a try-before-you-buy deal.

Rabiot is certainly putting himself in the shop window this season. The one-time Manchester United target has started all 10 Serie A and Champions League games for which he’s been available, scoring four goals along the way. Juve would like the 27-year-old to renew his deal but Barcelona and Atletico Madrid are also sniffing around the former PSG star.