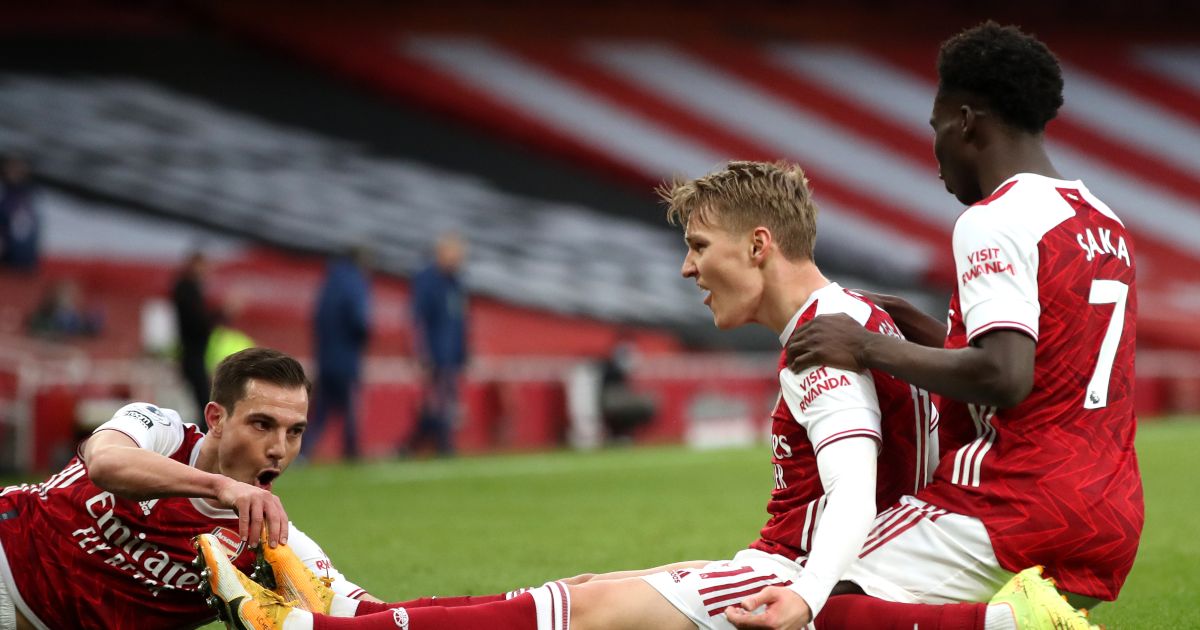 Arsenal ‘fear’ Martin Odegaard has been a little too good for them. Liverpool are among the teams taking an interest to push his value up.

GAARD OF HONOUR
As unofficial Arsenal spokesman, no-one should be surprised that Ian Wright can read the Gunners inside out when it comes to Martin Odegaard. He is “so happy and so sad” to see him excel in north London, with his loan deal containing no buy option from Real Madrid.

Arsenal subsequently ‘fear’ that signing him permanently this summer could cost up to £50m. The Daily Star say that Real valued Odegaard at £30m when letting Arsenal borrow him but a ‘summer auction’ is likely to push that fee much higher.

Chelsea, Liverpool and Paris-Saint Germain are also mentioned as possible suitors. Mikel Arteta hopes the ‘faith’ he has offered Odegaard will put Arsenal ‘in pole position’ but they are painfully aware they ‘cannot compete financially’ with such teams.

CHEEKY FEKIR
An alternative to Odegaard could be Nabil Fekir. Arsenal have ‘more than decided to launch into’ him this summer. Crikey.

Mundo Deportivo add that ‘figures have not transcended’ to what Arsenal ‘would be willing to pay’ currently, but their interest in the Frenchman remains.

Fekir has more than two years left on his contract at Real Betis, where he has scored three goals and notched six assists for a team sixth in La Liga. Moving to Arsenal would give him an opportunity to exact some revenge on Liverpool, at least.

STERLING EXCHANGE RATE
As for Raheem Sterling, his new Manchester City contract is stuck in the pipeline, according to the Daily Star. There is no rush from either party to renegotiate his deal imminently, with both ‘relaxed’ enough to wait until the end of the season.

Indeed, City ‘intend to meet those demands’ that Sterling has made, including ‘a significant pay rise’ on his current £300,000-a-week wages.

Sterling’s change of agents – Liverpool will be delighted to learn that Aidy Ward has been dropped by the winger in favour of an unnamed lawyer – is said to be one of the reasons why discussions are now on hold.