Liverpool are genuinely being mentioned as quadrupling their transfer record. United have Sancho 'fears'. 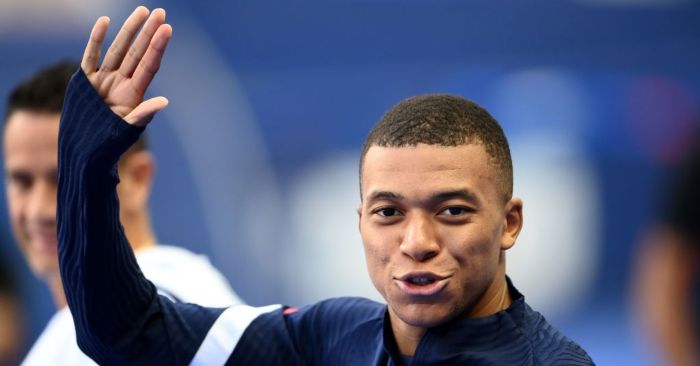 Someone reckons Liverpool might quadruple their transfer record on Kylian Mbappe, while Man United have Jadon Sancho ‘fears’.

THE COSTA LIVING
And so it comes to pass. Manchester United want everyone to know that they have agreed personal terms and agent fees with Jadon Sancho and his representatives but will ‘walk away’ from any deal because of ‘fears’ that Borussia Dortmund will insistence on receiving £108m.

That valuation was made public months ago and United thought they could negotiate it down despite Sancho having three years on his contract and being in no rush to kick up a fuss. It turns out they could not.

So the Daily Telegraph kindly report on the ‘other forward options’ United might target instead. That all three of those named are on the loan market suggests Sancho would remain a long-term target beyond this window.

Ivan Perisic, Gareth Bale and Douglas Costa ‘are the profile of attacker that may be considered’. So 30-something, injury-prone forwards on high wages at elite European clubs.

All have even piqued the interest of United before: Perisic “really, really wanted to join”; Bale was linked earlier this month; Costa is part of their ‘fantasy attack’.

KYLIAN ME SOFTLY
United continue to be mentioned in stories about Kylian Mbappe. Neil Ashton is an absolute genius.

His old colleagues at The Sun tease ‘a £400million battle’ between United, Manchester City, Liverpool and Real Madrid for a player who ‘intends to leave’ PSG at the end of the current season.

Mbappe will have two years remaining on his contract at that point, so would draw a fee of around £300m. Throw in a £20m-a-year wage over half a decade and you reach a headline figure based on conjecture and assumptions.

City, United and Real ‘will not baulk’ at that kind of outlay – they absolutely would – but Liverpool might ‘blink’. A move for Mbappe ‘would require the sale’ of either Sadio Mane, Roberto Firmino or Mo Salah, with Mane ‘the most likely to go if he asked for a move’.

He has ‘ignored’ Liverpool’s recent contract advances and himself ‘would command a fee’ of £150m. Real retain a long-standing interest.

As for Mbappe, his ‘connection with boss Jurgen Klopp’ would weigh in Liverpool’s ‘favour’. Now just to raise enough cash to quadruple their current transfer record in one go.

In the manager’s own words: No chance.

STRANGER INGS
Tottenham were a bit rubbish against Everton but they still intend to realise Jose Mourinho’s wish for a centre-forward. Danny Ings has now entered the fray.

Football.London claim that Spurs ‘are not currently close to bringing one in,’ but that Ings is on a long list of possibilities, although the club ‘would prefer’ to loan someone in before committing to something more permanent.

Habib Diallo, Carlos Vinicius, Andrea Belotti, Arkadiusz Milik, Patson Daka and Alexander Sorloth are all mentioned but Ings is thrown into the mix, too, even if it is thought a deal ‘would be too difficult’ to negotiate with Southampton right now.

A reminder that he played 22 minutes of England’s most recent internationals, despite them scoring only once – from a penalty – and struggling to create much of anything, with Ings being forced to watch Harry Kane knacker himself out off the back of his finest individual season to date. Not gonna happen.