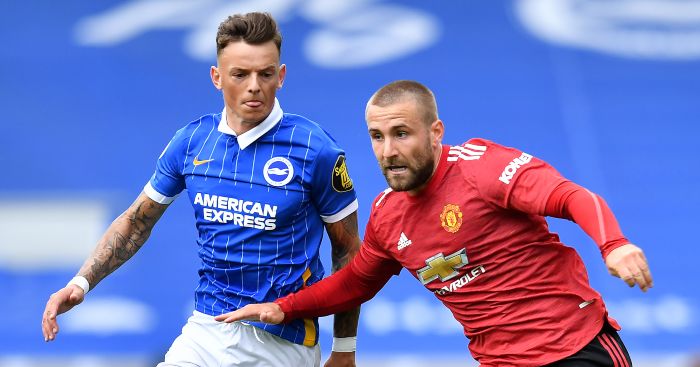 While Virgil van Dijk and Joe Gomez have both undergone successful surgery to repair their respective knees, the wait for either to return will be long and protracted. So Liverpool will need some contingency plans.

The Athletic report on four potential central defensive targets. Dayot Upamecano was ‘top of their wanted list’ ahead of next summer for a supposed £40m fee but it remains uncertain whether that could be rushed through in the winter.

Liverpool are also ‘interested’ in Ben White of Brighton, with Schalke defender Ozan Kabak ‘under consideration’. Gleison Bremer, the 23-year-old currently impressing at Torino, is also seen as one of many Liverpool have .

The Brazilian has been linked with Everton recently. Copying your mate’s homework is just clever scouting now. All four are surely better but much more expensive than surprise target Daryl Janmaat.

The Daily Mirror suggest the Premier League champions ‘will be forced into the January transfer stampede’.

While they were ‘already considering’ replacing Van Dijk temporarily in the winter, the Gomez setback is likely to solidify those plans. Kabak is again mentioned, albeit as more of ‘a prospect for the medium term’.

Jurgen Klopp’s search for an ‘experienced’ player could take him to Upamecano – ‘a deal would make economic and playing sense’ – or Napoli’s Kalidou Koulibaly. Seems a bit drastic and expensive, but at least Don Hutchison is finally being listened to.

Whether Jerome Boateng has been contemplated or not at Anfield is unknown. Three Premier League clubs are said to be after a player whose Bayern Munich contract expires next summer and will not be renewed. Liverpool are not among them.

Exclusive: @FCBayern don‘t give @JeromeBoateng a new contract. in summer he is free of charge. This clubs from the premiere league are interested: @Arsenal @ChelseaFC @SpursOfficial Our Story: @BILD_Sport @altobelli13

Chelsea have shown the rejuvenating effect a 30-something, classy and seasoned centre-half can have on a Premier League defence. It would be fascinating to watch at Arsenal, though. And Boateng’s injury record would surely be glanced at before being rejected by Jose Mourinho.