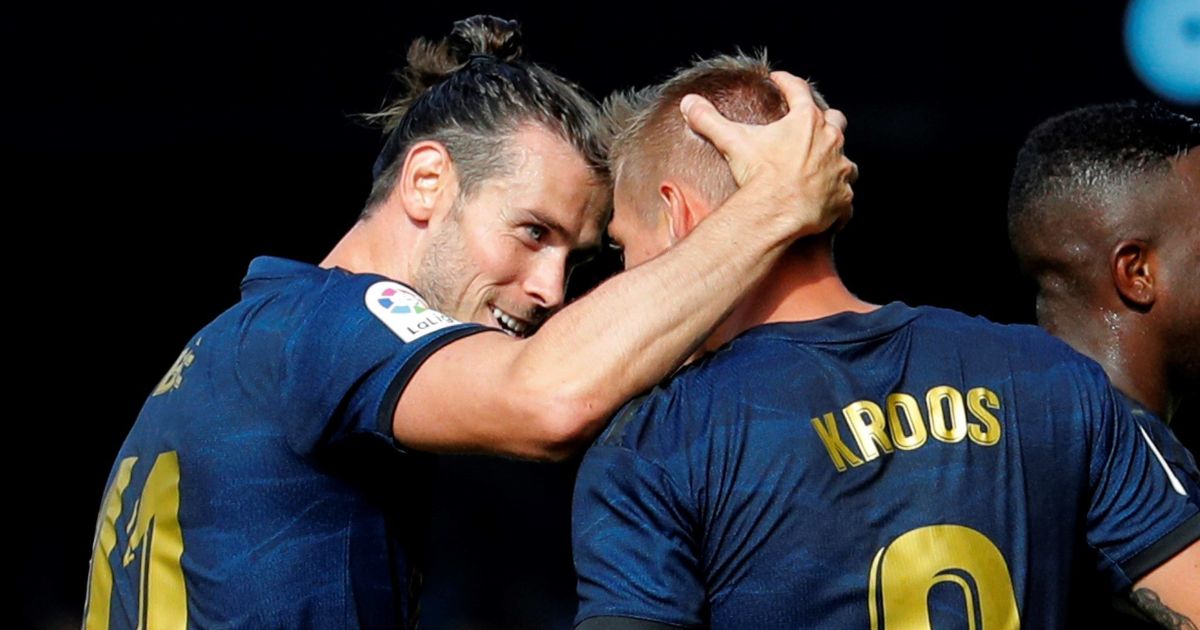 Liverpool are keen to bring a Portuguese attacking midfielder to Anfield, while Newcastle are lining up a move for Toni Kroos…

COME IN, MR €80M
Liverpool are interested in bringing Sporting Lisbon attacking midfielder Pedro Goncalves to Anfield in the summer transfer window, according to reports in Portugal.

The 23-year-old has scored 23 goals in 32 top-flight appearances in Portugal last season, having effectively replaced Bruno Fernandes when he joined Manchester United in 2020. And Goncalves has carried on that impressive record this term with three goals in six matches for Sporting, who are level on points with Primeira Liga leaders Porto.

His form has attracted interest from some of the big clubs around Europe and Portuguese publication Record (via Sport Witness) claim that Goncalves has ‘attracted the attention’ of several top clubs, including Liverpool. The newspaper has dubbed the Portugal international as ‘Mr €80m’ after Sporting put up his release clause from €60m (£51m) to €80m (£68m).

Sporting tied him down to a new deal until 2026 to put themselves in a ‘more comfortable position’ heading into the next few transfer windows.

Jovic, who has struggled to force his way into the first team at Real Madrid, ‘intends to leave’ the Bernabeu with the Reds apparently seeing this as a ‘market opportunity’ for the £35m-rated striker. He is understood to ‘fit the profile’ that Jurgen Klopp is looking for at Anfield and the Serbian finds the option of joining the Premier League club as ‘interesting’ despite having to start off on the bench.

Another player Fichajes insist could be on his way to Anfield is Barnes, who has shown his potential for the Foxes in recent seasons and valued at around £60m. It is claimed that Barnes is Klopp’s ‘favourite’ as he looks for a winger who can show great ‘intensity’. The report adds that Barnes has that ‘pure ex-Dortmund DNA’ that Klopp is looking for.

NEWCASTLE WANT KROOS, BUT NOT BALE…

Newcastle United are unwilling to buy Gareth Bale from Real Madrid but are keen on a deal to bring his team-mate Toni Kroos to St James’ Park. according to reports in Spain.

Spanish publication Nacional claim that Real Madrid president Florentino Perez ‘fears the worst’ over losing some of his most expensive purchases for free if he can’t find a buyer. Bale is one of those players with the Wales international out of contract in June 2022 and likely to leave on a free transfer.

The arrival of wealthy new owners at Newcastle has been seen as a ‘unique opportunity’ by Perez to offload Bale but the Magpies do ‘not plan to waste it on any player and without thinking’. Nacional claim ‘Newcastle have reserved 30 million euros for Madrid, but not for Bale but for Toni Kroos’.

AND THE REST…
Newcastle want Ajax boss Erik ten Hag to be the club’s new manager but face a struggle to convince him to move…Liverpool are considering a move for Real Madrid and Serbia striker Luka Jovic…Liverpool will let German goalkeeper Loris Karius leave for free in January…Tottenham face competition from Bayern Munich to sign Nantes forward Randal Kolo Muani at the end of the season…Liverpool are keen on Leicester City winger Harvey Barnes…Tottenham have joined Leeds in the race to sign Espanyol striker Raul de Tomas.