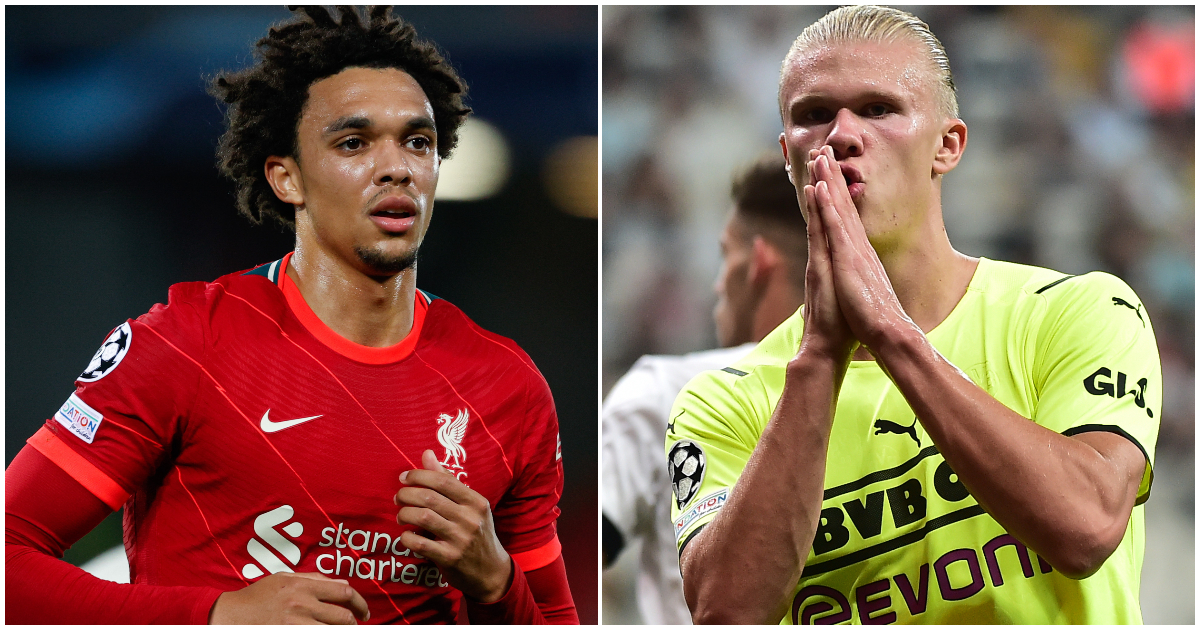 Carlo Ancelotti wants Trent Alexander-Arnold at Real Madrid, while Liverpool are firmly in the hunt for Erling Haaland…

The Reds were heavily linked with a move for the West Ham winger during the summer when a £20million offer was mooted.

The latest speculation seems to stem from a Liverpool Echo piece which suggests reasons why Jurgen Klopp might try again for Bowen – the 24-year-old seems to fit the profile sought by the Reds –  rather than offer any indication that they actually will make an offer.

Apparently, Trent Alexander-Arnold is currently on Real’s radar as they look to source a new right-back for next summer.

That’s the word according to El Nacional, which acknowledges that Alexander-Arnold is one of Klopp’s ‘untouchables’ but ‘nothing can be ruled out’.

This one probably can.

LIVERPOOL JOIN HAALAND RACE
Liverpool and Real could be set to lock horns over Erling Haaland.

The Norwegian goal machine is available for £77million next summer, by which time there is likely to be a queue across Europe.

Real and Barca have already pitched up to save a place at the front while Mundo Deportivo claims Liverpool are jostling for position too.

The midfielder started Manchester United’s Carabao Cup defeat to West Ham this week, but that’s likely to be all we will see of him for a few weeks now.

Van de Beek’s inactivity isn’t deterring Everton, though, with the Liverpool Echo musing that a January move is on the cards.

It is also claimed that the Toffees remain keen on Sean Longstaff, who could be available on the cheap in January as his contract at Newcastle winds down.

GUARDIOLA TO GO FOR GOOSENS
Pep Guardiola loves nothing more than splurging on a full-back and Robin Goosens could be the subject of his next splurge.

City are currently short in the left-back area and Calciomercato reckons City could move for the Atalanta star.

Guardiola isn’t alone in looking at Goosens. Leicester, Juventus, Barcelona and Inter Milan are all keen on the Germany international.