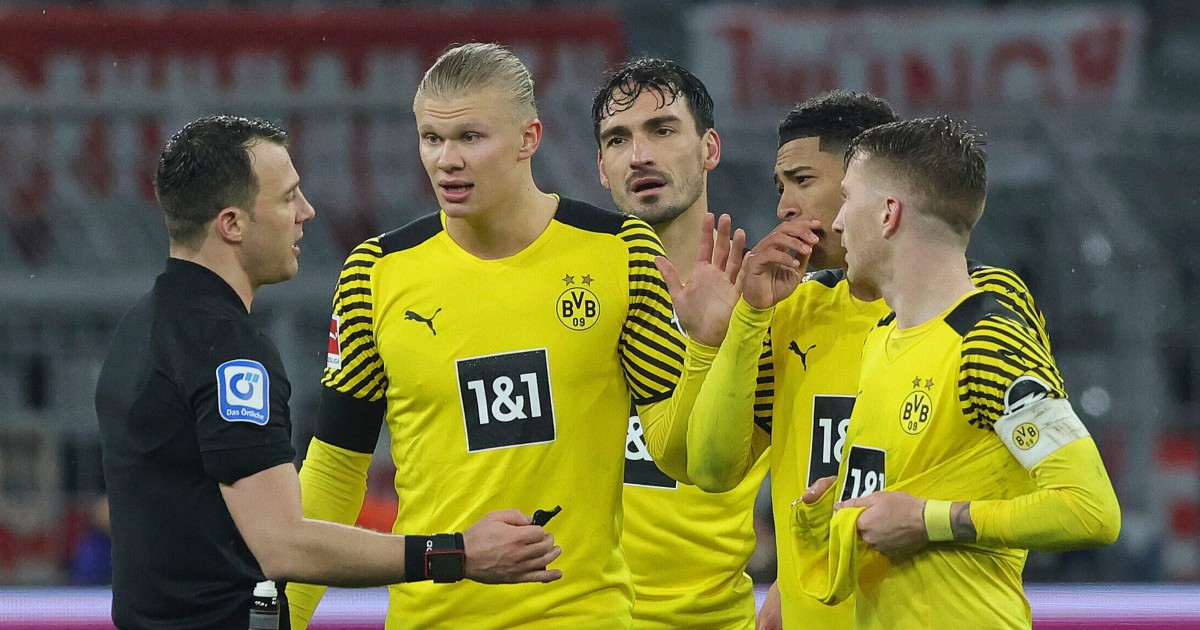 Erling Haaland is involved in a grand Liverpool transfer plan, but only as a distraction for them to have a free £90m run at Jude Bellingham.

YOU CAN RING MY BELL
‘Jude Bellingham fine’ is both one of the most popular current Google searches and Liverpool’s way of describing their major midfield transfer target. The teenager’s forthright comments have landed him in hot water with the German FA but his Borussia Dortmund development has underlined quite why most clubs will be sniffing around come the summer.

Even though Liverpool now have teenage academy products who can dominate Champions League games at Anfield and the San Siro, Bellingham is the boy they want and the Reds ‘lead the race’. The Daily Mirror even shed some light as to their masterplan – and Erling Haaland is handily involved.

It is said that Liverpool will use the ‘obsession’ that other teams have with the Norwegian striker to sneak a Bellingham deal through the back door. Dortmund would want £90m but Jurgen Klopp ‘has not been put off’ by that valuation of a player whose contract expires in summer 2025.

AKE RACES
Considering how well his last mid-season loan from a Manchester club went, David Moyes cannot be blamed for scouring the north west in search of January reinforcements. The news of Kurt Zouma’s absence until around March, to coincide with Angelo Ogbonna’s season-ending injury, has left West Ham with only Craig Dawson and Issa Diop as specialist, senior centre-halves.

A solution might be found in Nathan Ake, he of four Premier League starts, one Champions League goal and £40m. The Sun describe the Dutchman as ‘an obvious option’ given his known quality, versatility and potential availability.

Ake might also be tempted at the prospect of playing regularly once more, with Europa League competition and featuring alongside Arthur Masuaku also on offer.

NEWCASTLE AIL
Newcastle is always a fun clusterf*ck to finish on. There is talk from the Daily Mail of the club appointing ‘a short-term football recruitment advisor’, akin to a sort of emergency loan director of football. And meetings have been held in the meantime to identify potential January arrivals.

Eddie Howe obviously wants Bournemouth defender Lloyd Kelly. Matthias Ginter, Joe Rodon and Mo Elneny will all be considered. Sven Botman of Lille is a move seen as ‘ambitious’ yet ‘difficult’. Which sounds an awful lot like ‘Look at this player we’re thinking of signing while knowing we can’t sign him’.

Stoke forward Tyrese Campbell is a £20m target, according to The Sun. Spanish newspaper AS believe Georginio Wijnaldum wants to return to the Premier League and Newcastle are ‘the first team to show interest in signing him,’ with ‘some contact’ having already been made between player and former club.

They’re going to end up with Shola Ameobi on a pay-as-you-play deal and it will be amazing.