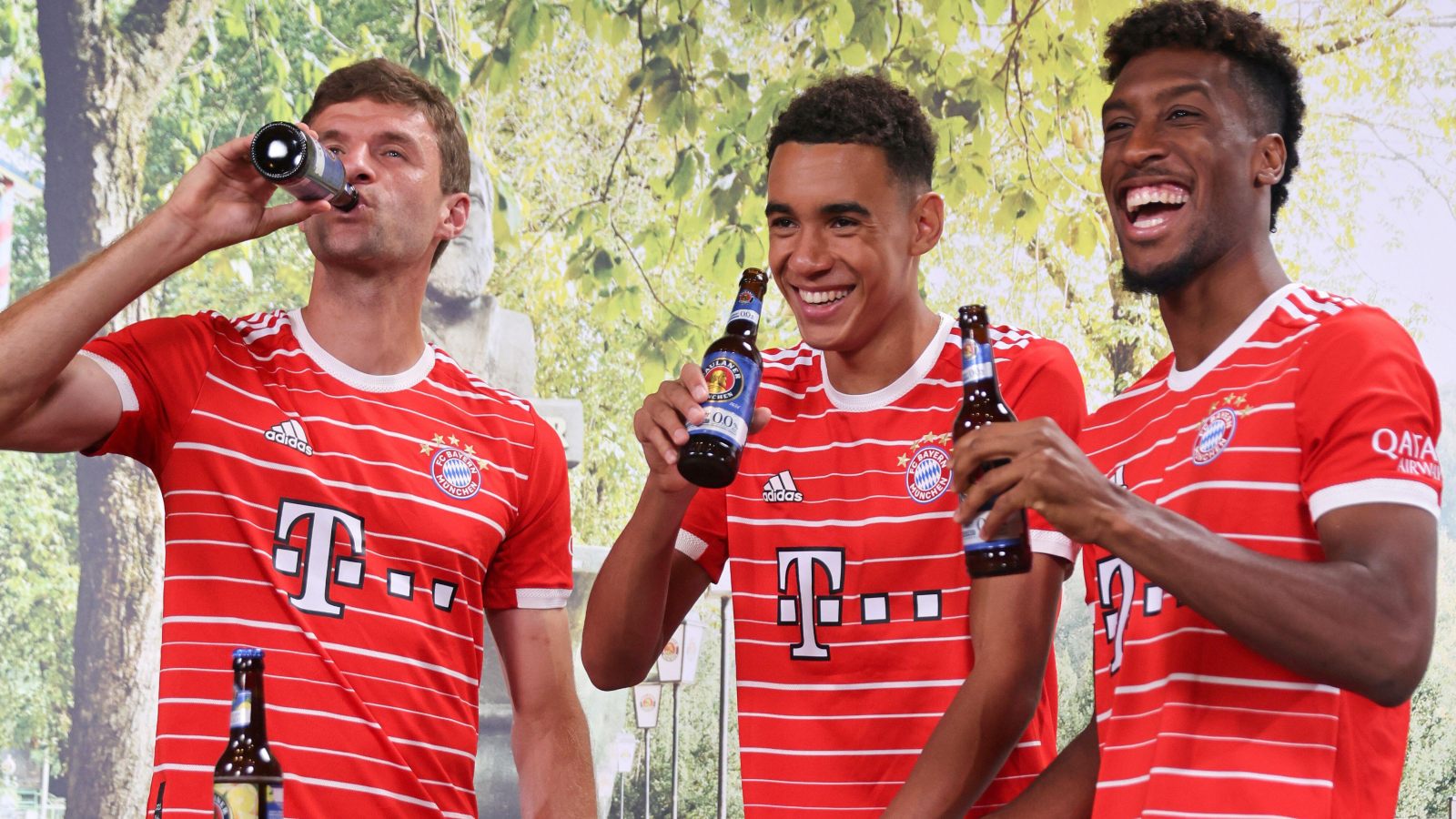 Liverpool are lining up alternatives to Jude Bellingham, with Bayern Munich’s Jamal Musiala among them. Also: Man Utd are looking at two centre-forwards while Arsenal eye up Marcus Rashford…

LIVERPOOL EYE BAYERN STAR AS PLAN B TO BELLINGHAM
Liverpool are considering alternatives if they fail to land Jude Bellingham next summer. One of them is said to be Jamal Musiala.

Bellingham is almost certainly in his last season at Borussia Dortmund. The teenager has skippered the German side this week, probably adding a few more euros to his value as the Reds wait to pounce. The concern for Jurgen Klopp is they aren’t the only ones.

Real Madrid are similarly keen on the ex-Birmingham midfielder and, in truth, there’s unlikely to be many of the big hitters in Europe who don’t at least explore the possibility of signing the 19-year-old, although Bayern Munich have already said they have enough midfielders for now.

So Liverpool are considering a contingency plan and, according to Sky Germany, Musiala is an alternative target.

Apparently, the Reds are interested in the Bayern star, as are “other top clubs”, which you would expect of a youngster with seven goals and six assists from 13 appearances split across attacking midfield and the left flank.

But Liverpool and everyone else are likely to be p*ssing squarely into the wind if they are making plans for Musiala. Bayern have him tied down until 2026 and neither they nor the player are considering a move.

ARSENAL ‘MONITORING’ RASHFORD
There is probably more chance of Marcus Rashford joining Arsenal – and that seems like a  non-starter.

Rashford’s current contract at Manchester United is due to expire at the end of the season but the Red Devils have the option to extend those terms for a further 12 months, something they are sure to do while they discuss a longer deal with the child feeder.

Barcelona have been credited with an interest in Rashford, as well as one of his United team-mates, while Football Insider says Arsenal are ‘keeping close tabs’ on the 24-year-old.

UNITED EYE PSV, BENFICA STRIKERS
Regardless of Rashford’s situation, United are still looking to add a forward to their ranks next summer.

The Red Devils were keen on Cody Gakpo in the summer but the Holland forward was left at PSV Eindhoven, despite agreeing personal terms, after Antony’s price sky-rocketed.

The Express, and others, say Gakpo remains a target and United will move again for the 23-year-old who has scored eight goals and offered six assists in only eight appearances this season. Goncalo Ramos is also in their sights, with the Benfica striker on four goals and three assists in seven games.

READ MORE: The 10 most expensive English transfers of all time and how they have fared: Maguire, Grealish, Sterling…