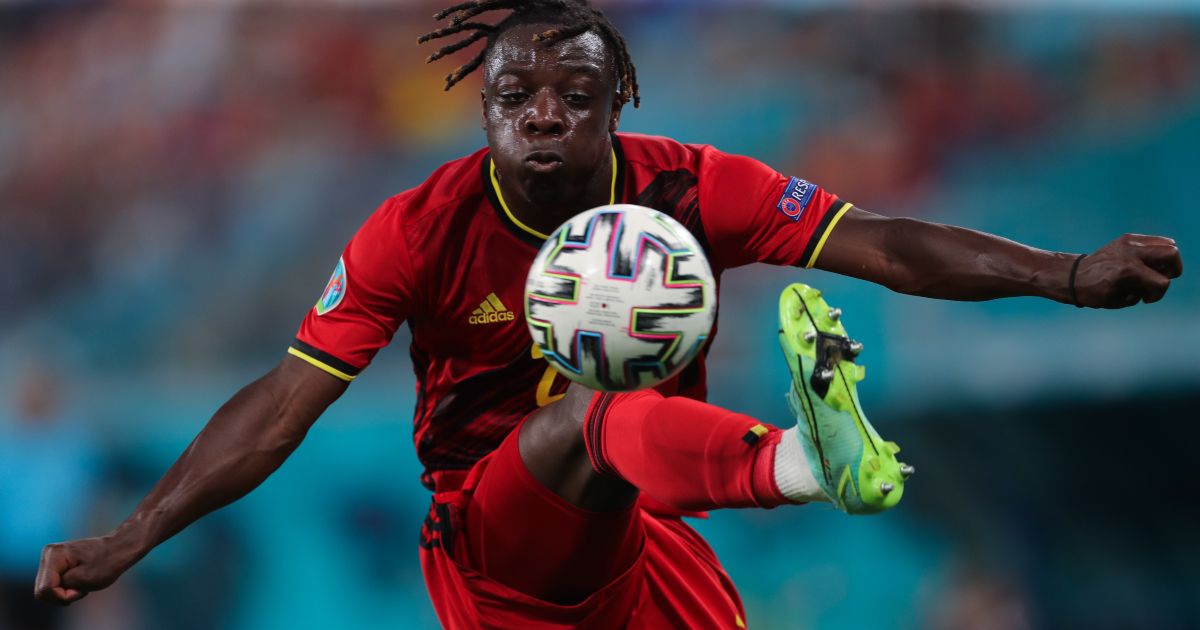 TOLISSO TO MAN UTD DEBUNKED
There were reports in France on Wednesday that Manchester United were one of five clubs to be interested in unwanted Bayern Munich midfielder Corentin Tolisso, with Arsenal, Tottenham, West Ham and Juventus named as the other four who would quite like the Frenchman for just £8.5m, thank you.

Tolisso is out of contract next summer and Bayern are keen to offload a player who started only seven Bundesliga games last season through a combination of fitness and form. The German club are trying to raise funds to buy RB Leipzig’s Marcel Sabitzer and Tolisso is an easy hit.

But according to James Tucker of the Daily Telegraph, there is no such interest from United:

#MUFC have no interest in Bayern’s Corentin Tolisso. The 187th midfielder they’ve been linked with this year and the latest example of the club’s name being used to drum up interest in a player

LIVERPOOL NEED TO SELL TO BUY DOKU
The 19-year-old Belgian winger Jeremy Doku is thought to be a target for Liverpool but Rennes will not sell on the cheap. And why should they? He is one of the hottest properties in world football. He was brilliant for Belgium at Euro 2020 in the quarter-final against Italy they ultimately lost 2-1. The price is said to be £38m.

But that is too rich for Liverpool’s blood and they need to sell first, with Belgian journalist Sacha Tavolieri saying: “I can confirm Liverpool are targeting Doku and that if everything goes well, they will go further with Rennes. They are already in touch with their sports agency regarding him but they need to make space (by selling players) before making an offer.”

Which explains why Liverpool are haggling with Lyon over a transfer for Xherdan Shaqiri. Now to find somebody who wants Divock Origi and Takumi Minamino.

MBAPPE WANTS OUT OF MNM ALREADY
While the world w***s itself into a frenzy about a front line of Lionel Messi, Neymar and Kylian Mbappe, the Frenchman at the end of that list remains reportedly unmoved by the idea. According to a prominent French journalist, Mbappe wants out of PSG either this summer (which seems impossible, given the money involved) or next, when he will leave on a free transfer and earn all of the money elsewhere, presumably Real Madrid.

DEADLINE SET FOR VLAHOVIC
Arsenal and Tottenham – as well as Inter Milan and Atletico Madrid – have all been flirting with Dusan Vlahovic, but none have yet made a move for the Serbian striker, according to Corriere dello Sport. He scored a massive 21 goals in Serie A last season for Fiorentina and his agent is clearly trying to get his man (and himself) a great deal.

But Fiorentina are now said to have put their foot down and said that they will not start negotiations after August 15. That could put Tottenham in a pickle because they need the Harry Kane deal to go through before they commit to spending a club-record £60m on Vlahovic. They could lose out to Inter, who should get their Romelu Lukaku money in the bank sooner.