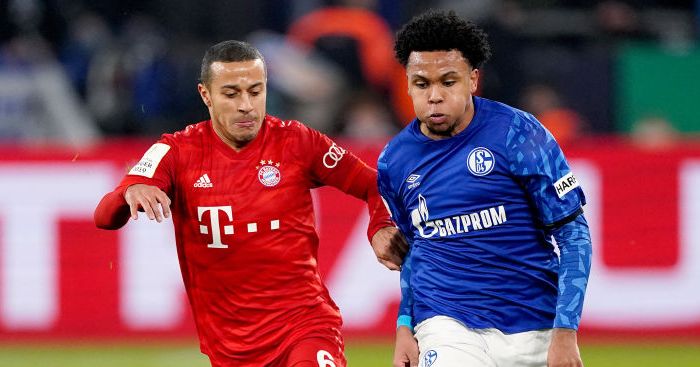 Liverpool ‘fear’ that Jordan Henderson’s knee might be a bit knacked. Weston McKennie could fill the gap at a snip under £20m.

BACK ONCE AGAIN WITH OZIL BEHAVIOUR
It should come as news to no-one that Mesut Ozil ‘is planning an Arsenal getaway’. For a 31-year-old with 12 months left on his contract, that sort of sensible forward-thinking ought to be encouraged.

But The Sun see it as an exclusive, the most interesting aspect of which is that ‘he will only consider playing in the USA or Turkey’ and ‘ there is no chance he will head back to the Bundesliga.’

Arsenal would ‘love’ to offload Ozil earlier than the summer of 2021 but he ‘is still determined’ to see out his deal in north London despite the situation being ‘increasingly frustrating’ for the club’s hierarchy. Naww.

Every Premier League club’s best player lost on a free

OH MY GOD, YOU SIGNED MCKENNIE
“It will not be nothing,” admitted Jurgen Klopp when asked about the extent of the knee injury suffered by Jordan Henderson against Brighton in midweek. It remains to be seen how long he will be sidelined for but the Daily Mail and The Guardian both say Liverpool ‘fear’ the captain missing the start of next season.

The Liverpool Echo say Klopp is simply ‘sweating’ on the results of an upcoming scan.

That could accelerate a move for Thiago Alcantara, of course. But another midfield name has been thrown into the mix.

Weston McKennie ‘is expected to leave Schalke’ at the end of the season and has a whole list of clubs tracking him. They range from those in the ‘second tier’, such as Everton, Newcastle and Wolves, to teams in the ‘top tier’: namely Liverpool.

CBS Sports add that the American international ‘is eyeing a club that is in European competitions’, as well as one with regular first-team opportunities. A move to Anfield was said to be ‘unlikely’ due to the ‘established players they have in midfield’ but Henderson’s injury could change all that.

He is also wanted by clubs in Spain, France and Germany, and may yet even stay at Schalke. But ‘the feeling is that he’ll seek a move to England’. At £19.9m, Liverpool could do worse. The bloke is a hero.

TAKE A LUK
Leicester, meanwhile, are already spending Champions League money they might not even receive. They ‘have joined the race’ for Luka Jovic.

This comes from the Daily Star, who claim that the Foxes reckon ‘a change of scenery’ could benefit a player with two goals in 25 games for Real Madrid since signing for £54m last summer. Suppose it can’t hurt.

Leicester ‘have made contact’ with regards to a move and ‘need reinforcements up front’. It will cost them £31m, although Real would prefer a loan.