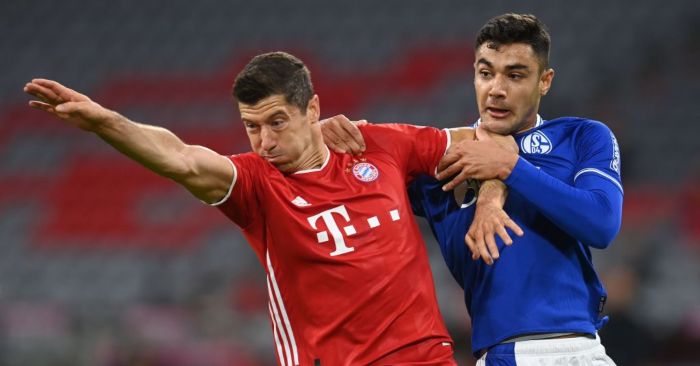 Jurgen Klopp neither wants to know nor set a timescale for the return of Virgil van Dijk from a knee injury that could be “worse than initially feared”. But no club can realistically operate in such a way, meaning Liverpool have drawn up contingency plans for January.

The Daily Mirror stress that Ozan Kabak, one of many centre-halves mentioned with regards to a winter move, has been a target since before the summer. But obvious circumstances prevented Liverpool from properly opening negotiations. They will try again in January with Schalke wanting £30m or so for the 20-year-old.

Liverpool would prefer a deal worth an initial £20m with add-ons packed in to appease the Bundesliga side. Klopp is ‘a big admirer’ of the Turkish international; his last centre-half signing in January didn’t go too badly at all.

Someone notify the Premier League champions that Marcos Rojo is available. They would have to ask Manchester United quickly, mind, for Sheffield United want him on loan.

Rojo was included in Ole Gunnar Solskjaer’s 25-man domestic squad but omitted from Champions League selection, with The Sun noticing that might well mean ‘he could be available in January’. Perceptive sods.

Chris Wilder wants him anyway. Sure.

The 30-year-old has a contract that expires next summer so it remains to be seen how a six-month loan would benefit Manchester United, but Sheffield United could certainly do with defensive reinforcements.

Sticking with Argentinean Manchester United players, Sergio Romero is quite justifiably annoyed at Old Trafford. Hell, the man is ‘seething’ and ‘wants showdown talks’ over his recent treatment.

The late collapse of a move to Everton has left Romero frustrated and fourth-choice behind Lee Grant, wasting away on the sidelines and ineligible to feature outside of the League and FA Cups.

The 33-year-old was ‘fuming’ at being dropped for the Europa League semi-final defeat to Sevilla in August and a Daily Star source refers to him as “baffled and angry” at his recent treatment. He wants the club to terminate the remainder of his contract and let him leave for free. Good luck, fella.