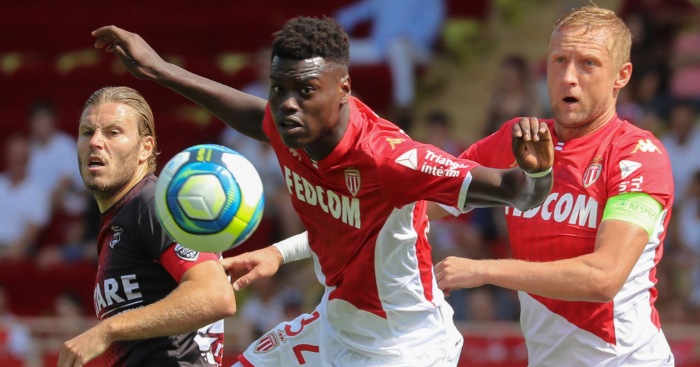 Liverpool are ready to make a bid for a centre-back in the coming days, while Man Utd have again been ‘seduced’ in the transfer market…

LIVERPOOL PREPARE BID
Liverpool are ready to make their move as they look to bring Napoli defender Kalidou Koulibaly to Anfield this summer, according to reports in Italy.

The Senegal star has developed into becoming one of the world’s premier central defenders over the past few years. His talents have never been in doubt, and have been showcased to English audiences with a series of impeccable performances versus Liverpool in the last two Champions League group stages.

The 29-year-old is performing at a standard as high as ever, leading to widespread interest. Liverpool, Manchester United and Manchester City have all been credited with interest in the defender but it now seems that the Reds could be the first to make a move.

At least according to Tuttosport, who reckon a ‘lunge is expected in the coming days’ from Liverpool with the likelihood that Dejan Lovren will be offered to Napoli as part of the deal. It had previously been reported that Napoli’s £90m valuation of Koulibaly had put a number of clubs off – but Liverpool will be hoping a player exchange could get the cost down.

The report from Italy adds ‘Liverpool will now start planning next season after winning the championship’.

MAN UTD HAVE BEEN ‘SEDUCED’ AGAIN
Man Utd are keen to bring AS Monaco defender Benoit Badiashile to Old Trafford, according to reports in France.

Wolves, Tottenham and United have all previously been linked with the Frenchman and he would certainly improve Ole Gunnar Solskjaer’s backline. Foot Mercato (via Sport Witness) claims that Man Utd have been ‘seduced’ by Badiashile’s potential with the Red Devils ‘closely’ monitoring the centre-back.

Previous reports had estimated that it would cost €40m to prise him away from Monaco with Bayer Leverkusen making offers of €15m and €20m for Badiashile. However, the report adds that it will now cost at least €30m to buy him and Man Utd ‘have chances’ to make him their player.

NDOMBELE STAYING PUT
Tottenham have no desire to sell Tanguy Ndombele this summer despite reports of a bust-up with Jose Mourinho. The France midfielder, who Mourinho met during lockdown to help install his GPS equipment, has not played in either of Tottenham’s two games of the Premier League restart.

He did not even warm-up during the 2-0 win over West Ham on Tuesday, which came thanks to a Tomas Soucek own goal and Harry Kane’s 137th goal in 200 league appearances for the club. Reports emerged in France not long after full-time that Ndombele had told Mourinho he no longer wanted to play for Spurs, but Mourinho immediately quashed them.

And now Football.London claims that Tottenham ‘have no intention of selling Tanguy Ndombele this summer and believe in the long-term impact he will make at the club’. Mourinho still has ‘high hopes’ for Ndombele despite the midfielder’s lack of playing time.

AND THE REST…
Chelsea want Declan Rice to lead their defence next season – and are growing confident they will wrap up a deal to sign the West Ham star this summer…Arsenal are interested in Red Bull Salzburg midfielder Dominik Szoboszlai…Southampton are ready to use goalkeeper Fraser Forster to lure French midfielder Olivier Ntcham from Celtic…Pep Guardiola has again refused to commit his future to Manchester City but still appears unlikely to leave this summer…Arsenal have no intention of selling young midfielder Matteo Guendouzi – and have reportedly told him as much…Jack Grealish has taken a step nearer joining Manchester United after finding a house to buy in the North-West.