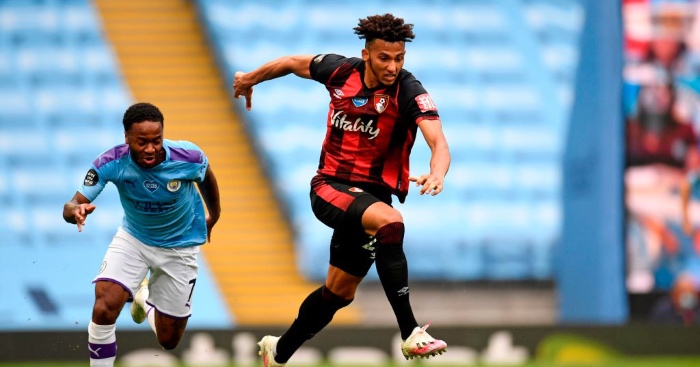 OUR KELLY
Liverpool have reportedly revived their interest in Lloyd Kelly. Before the season started he was seen as a £13million snip of a signing as Bournemouth lured him away from Bristol City. The versatile left-back was (and possibly still is) tipped to become a future England centre-half.

If Kelly had been told back in August that he wouldn’t feature in a Premier League game until June he would have felt rightly perplexed, firstly because of his talent, secondly because there are no Premier League games in June, you fool. But two injuries meant he spent most of his first season on the touchline, and by the time he did earn a starting place, it was too late for him to do much to prevent Bournemouth’s slide into the Championship.

But Jurgen Klopp was interested in Kelly last summer and clearly hasn’t seen anything in the seven starts he has made at the end of the season to deter him, reports the Express. This could be a very smart bit of business for Liverpool, who would have to fork out a much larger sum to sign Kelly’s Bournemouth teammate, Nathan Ake, who – in truth – hasn’t done enough this season to warrant the price tags being bandied around for him.

MORE CHERRY PICKING
Bouremouth also look set to lose Callum Wilson. He only found the net nine times this term but a proven Premier League marksman is always likely to be snapped up by the many, many teams desperate for top flight goals.

The question is whether he wants to go to West Ham or Newcastle, start most games but never score as the striker curse engulfs him, or go to Spurs and hope Harry Kane gets injured. Those are the clubs that are interested, according to Sky Sports.

Newcastle’s interest may wane if the takeover comes to fruition, in which case Kylian Mbappe will presumably lead their line. West Ham will have to get rid of a lot of deadwood to make room for Wilson. While the Spurs move does depend on Wilson’s willingness to sit on the bench, comfortable though it may be.

ANOTHER SPURS WINGER?
If there’s a position on the pitch in which Spurs do not need reinforcements, it’s in the two or three just behind Harry Kane. Steven Bergwijn, Son Hueng-min, Lucas Moura, Dele Alli, Erik Lamela, even Ryan Sessegnon (remember him) can all fill those slots. But that’s not stopped The Sun claiming they want another one – Porto’s Colombian winger, Luis Diaz.

The 23-year-old has scored 12 goals from the left wing for the Portuguese giants this year, having made a £6.5million move Junior FC in Colombia last summer. No price tag has been mooted, but the report claims he could be available relatively cheaply (a complete guess), but surely any money Jose Mourinho does have to spend could be used more wisely to strengthen other areas of a squad going stale.