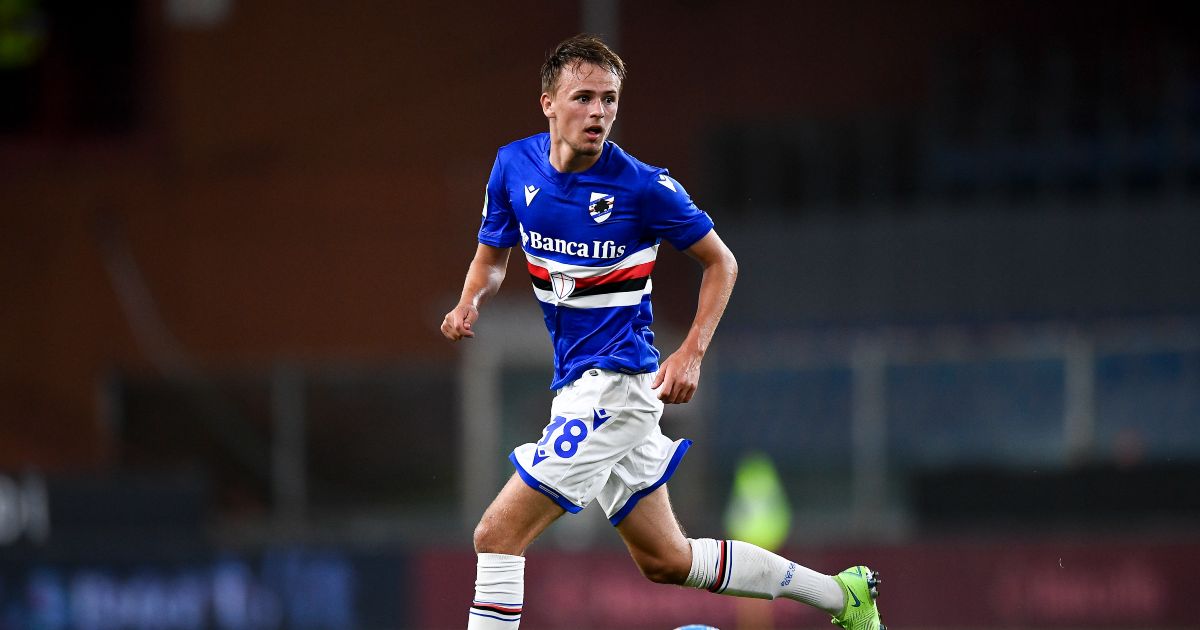 Liverpool and Leeds United are both reportedly in for a winger, while Chelsea have suffered a blow in their pursuit of a defender…

BATTLE FOR DAMSGAARD
Liverpool and Leeds United are both considering a move for Sampdoria winger Mikkel Damsgaard this summer, according to reports in Italy.

Damsgaard scored against England at Euro 2020 as he bagged two goals at the tournament and contributed one assist. Those performances have seen him linked with a move away from Italy this summer with previous reports claiming Tottenham, Liverpool and Everton were interested in bringing him to the Premier League.

At the beginning of August, Sampdoria president Massimo Ferrero said that only a “super offer” would be considered for Damsgaard. Ferrero said: “Damsgaard? A super offer would have to be evaluated, but Sampdoria is not a discount store.

“Why shouldn’t I keep him? I repeat, if a super offer comes in, we have to evaluate it as we all do, but I certainly won’t sell him off because nobody takes a Euro off for us when we buy. Sampdoria is not a discount store; that’s why I get angry when they say I exaggerate with the requests for my players.”

It has been reported that the Italian club’s valuation of the Denmark international is around the €40m mark and Italian publication La Repubblica (via Sport Witness) claims that Spurs have now dropped out of the race.

It is understood that Liverpool and Leeds are ‘eligible candidates’ to make an offer before the transfer deadline on Tuesday with the report confident that a club will make a late move for the 21-year-old.

KOUNDE STUMBLING BLOCK
Chelsea have suffered a blow in their pursuit of Sevilla centre-back Jules Kounde after the Spanish club raised their asking price, according to reports.

The France international has been linked with a move to Stamford Bridge for most of the summer after an impressive season in La Liga for Sevilla. However, there have been conflicting reports throughout the summer about whether the deal is off or on.

A report four days ago said that the ‘signs indicate’ the Blues won’t be signing the defender this summer. Only for another source to claim yesterday that Chelsea were now ‘confident’ that a deal would be done for Kounde after the sale of Kurt Zouma to West Ham.

However, the Daily Telegraph now insist that Chelsea’s attempts to sign Kounde ‘have hit a stumbling block with Sevilla raising the asking price’. The Spanish outfit now ‘want’ his full buy-out clause of £68.5m with the article suggesting the Blues don’t want to pay that much.

AND THE REST…
Real Madrid have given Paris Saint-Germain until Sunday to accept their bid for Kylian Mbappe, as the Spanish club are not willing to offer more than 190m euros (£163m) for the 22-year-old…Borussia Dortmund are hopeful of signing Diogo Dalot from Manchester United if the Premier League club manage to find a replacement…Manchester United are planning to make a late move for Kieran Trippier, with Atletico Madrid said to be demanding 40m euros (£34.3m) for the former Tottenham player. West Ham are planning a £15m bid for Jesse Lingard from Man United, who may be willing to sell following their agreement to re-sign Cristiano Ronaldo.