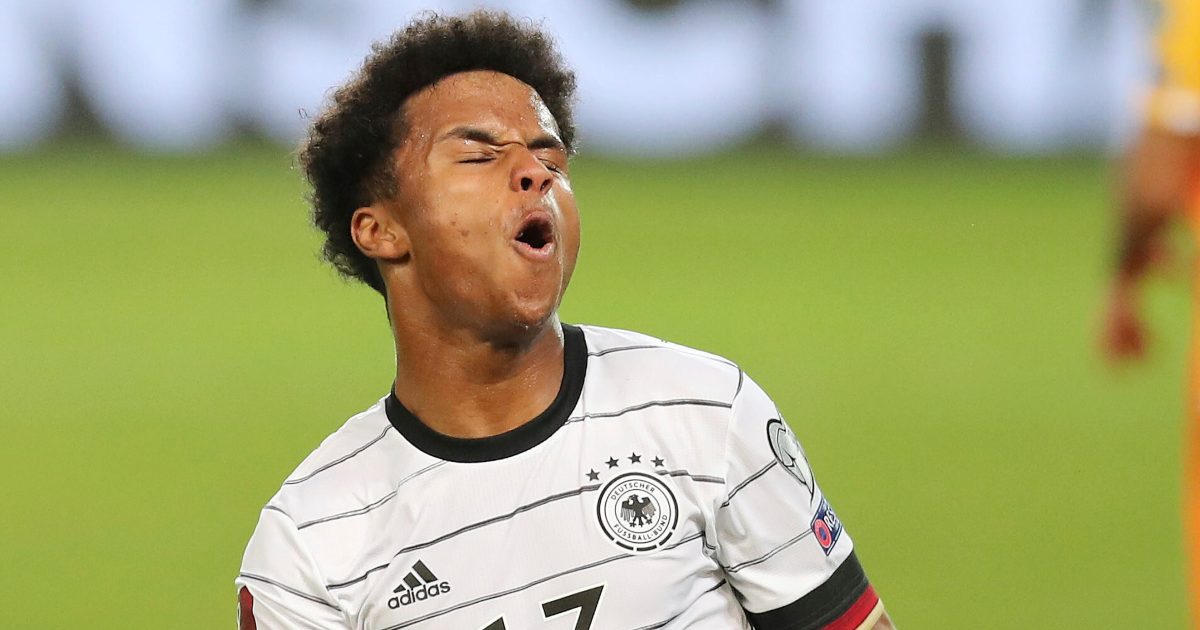 LIVERPOOL IN THREE-WAY BATTLE
Excellent news for Liverpool fans: you are one of three clubs showing a serious interest in German striker Karim Adeyemi, who scored on his Germany debut this week. Bad news for Liverpool fans: those other clubs are Barcelona and Bayern Munich, and the latter have already had the 19-year-old in their youth system and are said to be the clear favourites for his signature.

That’s all according to Bild, who say that Red Bull Salzburg value Adeyemi at £17m, though if he continues to score a goal a game – he has six in six in the Austrian Bundesliga – then we can expect that figure to climb. His age and his potential would make him an intriguing signing for Liverpool.

POGBA PART OF MADRID PLAN
For all the talk of Paul Pogba signing a new Manchester United contract, surely the best option for all concerned is for the Frenchman to play one final season for the club – maybe win a trinket or two – and then bugger off to Real Madrid to be absolutely magnificent.

According to Marca, Pogba is still very much part of Real Madrid’s transfer plans, along with fellow contract rebel Kylian Mbappe and, erm, Erling Haaland. That would be quite the line-up; Marca illustrate this story with an image of Pogba, Haaland, Mbappe, David Alaba and Eduardo Camavinga, and that really would be quite some team.

It will win the European Super League.

PSG IN FOR KESSIE
Tottenham have been linked with a free transfer move for AC Milan midfielder Franck Kessie, but we don’t really fancy their chances with competition said to be coming from PSG. Foot Mercato claim that the Parisians have offered a contract worth £150,000 a week as they look to repeat this summer’s tactic of sweeping up all of the free transfers.

Lionel Messi, Georginio Wijnaldum, Sergio Ramos and Gianluigi Donnarumma all arrived this summer without a fee and you would not bet against PSG getting involved in the Pogba situation, particularly if Kessie – as suspected – is using PSG to eke a better contract out of Milan.