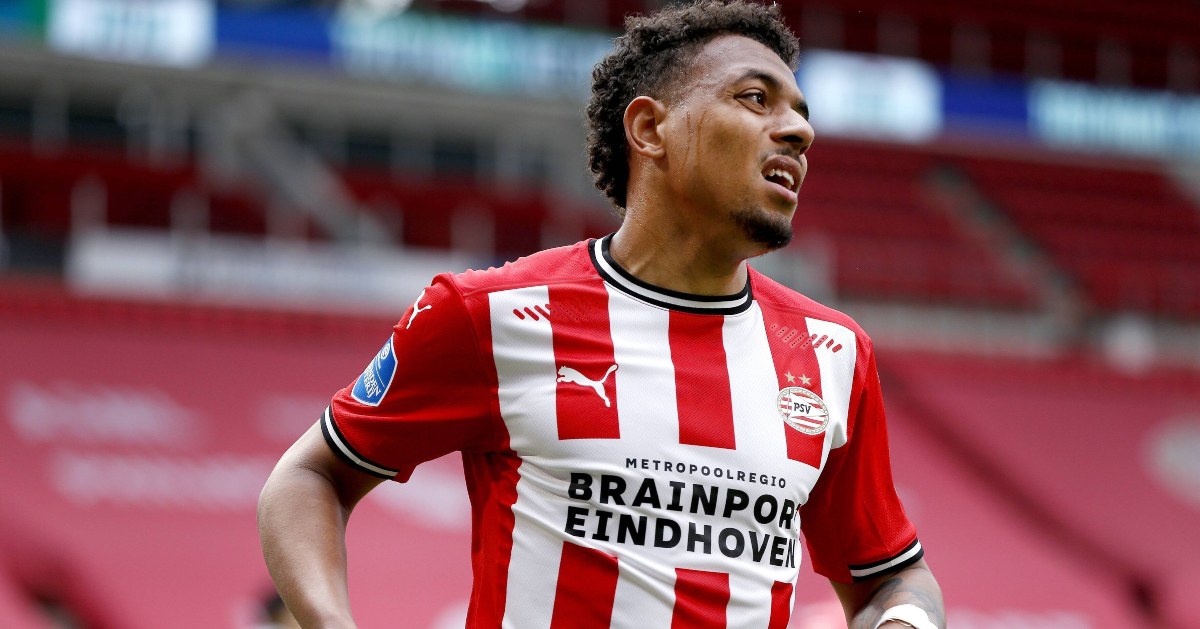 Man Utd may have inadvertently screwed Liverpool by buying Jadon Sancho, while Kingsley Coman’s agent is hedging his bets…

LIVERPOOL SLIP IN RACE FOR STRIKER
One bonus for Manchester United after agreeing to sign Jadon Sancho: that money looks set to be used by Borussia Dortmund to beat Liverpool to one of their main targets.

Jurgen Klopp is looking for attacking reinforcements and the Reds had targeted Donyell Malen. The Netherlands forward is set to leave PSV this summer after scoring 27 goals last season before impressing at Euro 2020.

Liverpool appeared to be in pole position for the former Arsenal academy prospect but De Telegraaf now puts Dortmund at the front of the queue as the Bundesliga club looks to put their Sancho windfall to good use.

Kingsley Coman is currently talking to Bayern Munich about extending his current contract beyond 2023. Oliver Kahn says the discussions have been ‘very very good’ with both Coman and Leon Goretzka.

Not so good, though, to stop Coman’s agent offering the France winger to Liverpool. Sport1 reckons that as a consequence of Bayern refusing to bow to his demands, Pini Zahavi has initiated talks with the Reds over a deal that could cost £43million.

PSG MAKE MESSI OFFER
PSG are hoovering up some freebies this summer. After signing Gini Wijnaldum from Liverpool, the Ligue 1 giants are also set to sign Gianluigi Donnarumma, while Sergio Ramos is due in Paris today for a medical, according to ESPN.

After that, PSG still have eyes on Lionel Messi. The Barcelona star is officially a free agent after his Barcelona contract expired last week.

It had been claimed that Barca had agreed terms with Messi for an extension but AS reports that PSG have complicated matters by making a lucrative offer to the Argentina star who is currently on Copa America duty.

Barca’s position is complicated by the fact they have barely a pot to p*ss in, never mind a window to throw it out of.