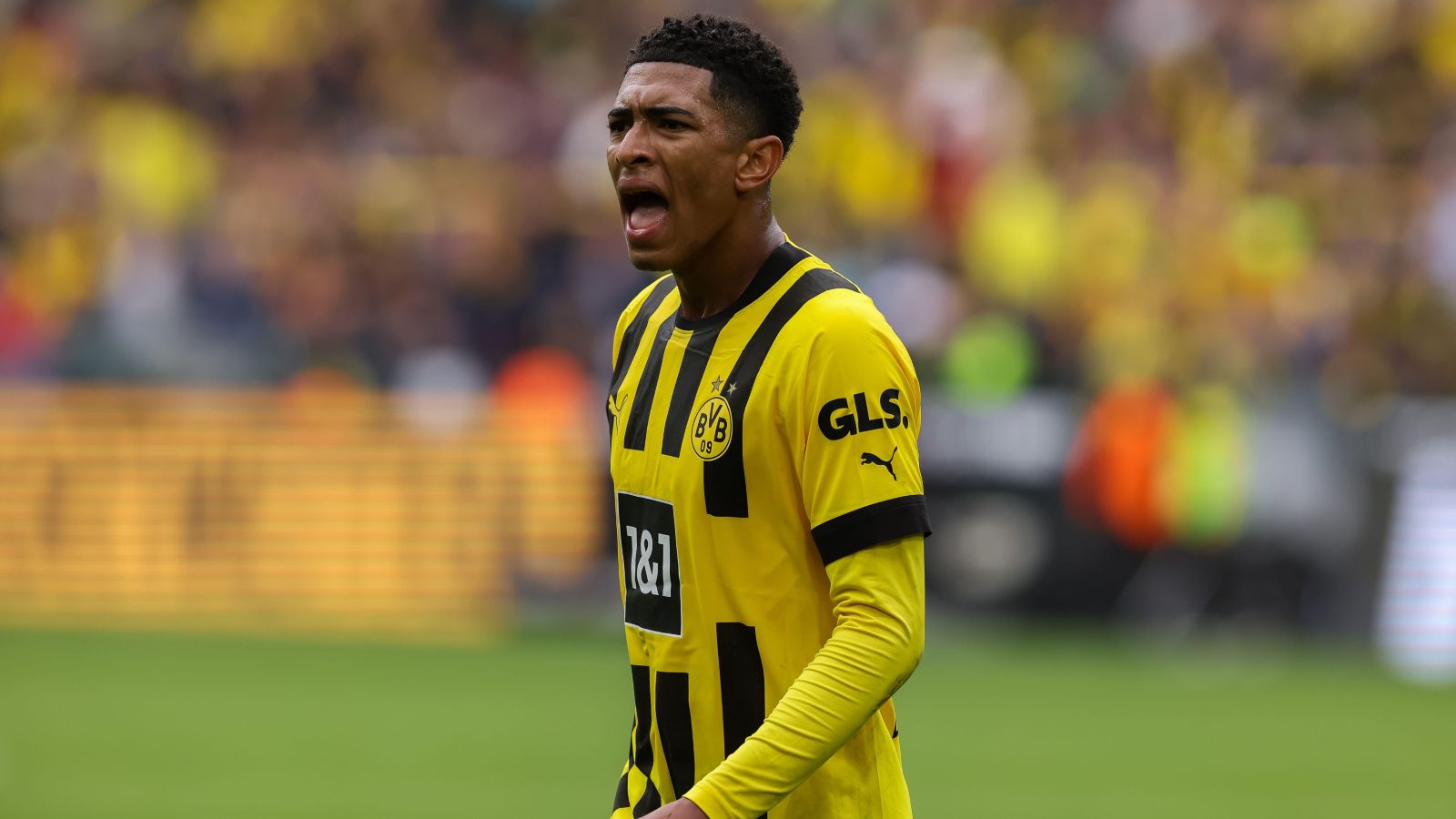 Liverpool, Manchester United and other Premier League clubs have found out the asking price for Jude Bellingham, while Arsenal have been watching a midfielder…

HEY JUDE
Borussia Dortmund will reluctantly make Jude Bellingham available for transfer next summer and they have now revealed their asking price, according to reports.

The England international, who is still only 19 years old, has had an astronomical rise early on in his career after switching to the Bundesliga giants from Championship side Birmingham City two years ago.

Bellingham has already made 100 appearances for Dortmund and made his 16th appearance for England on Friday in their 1-0 Nations League defeat to Italy. And his performances are attracting interest from clubs all over Europe but particularly in the Premier League.

And now The Sun claims that Liverpool, Man Utd, Man City and Chelsea will ‘scrap for [the] cut-price transfer’ after it was revealed that he will be ‘available for’ £83m.

However, Bellingham will only be available for that price ‘if the entire fee is paid up front’ with Man City are ‘convinced they will win what is sure to be a battle of the big guns to bring him to England’.

Liverpool ‘believed they were favourites’, Chelsea are described as ‘big fans’ while Man Utd ‘would love him at Old Trafford’ but must qualify for the Champions League to stand a chance.

The report adds that Bellingham’s friendship with Erling Haaland could tip the move in City’s favour with the Citizens hoping that the midfielder ‘could eventually fill Kevin De Bruyne’s boots’.

GUNNERS IN FOR ‘NEXT MODRIC’
Arsenal sent scouts to watch Rennes midfielder Lovro Majer for the second time earlier this week as their interest builds, according to reports.

Majer has been described as the ‘next Luka Modric’ in Croatia with the 24-year-old impressing in his first 13 months in France after making the move from Dinamo Zagreb in 2021.

Rennes paid £10m to bring him to Ligue 1 and will demand ‘at least £44m’ from any clubs looking to sign Majer – who has nine caps for Croatia – in the near future.

Arsenal, who watched Majer play in Croatia’s 2-1 victory over Denmark on Thursday, are not the only club interested in his services with Real Madrid and Barcelona also linked.

The Sun speculate that Majer ‘could be viewed as a long-term successor’ to Granit Xhaka – who turns 30 soon – while they have struggled to keep Thomas Partey fit during his time at the club.

AND THE REST…
Man Utd will trigger a 12-month option to extend Marcus Rashford’s deal, which runs out next summer, if they cannot agree a new contract with the 24-year-old…Man Utd are considering whether to take up an option to extend David de Gea’s contract until 2024, with the 31-year-old’s current deal running out next summer…Newcastle United failed to sign Leicester City playmaker James Maddison in the summer but plan to submit a new bid for the England international in January…Aston Villa goalkeeper Emi Martinez has been identified by Atletico Madrid as a potential replacement for Jan Oblak should they lose the Slovenia keeper…Former Tottenham manager Mauricio Pochettino is keen on the possibility of managing Aston Villa.