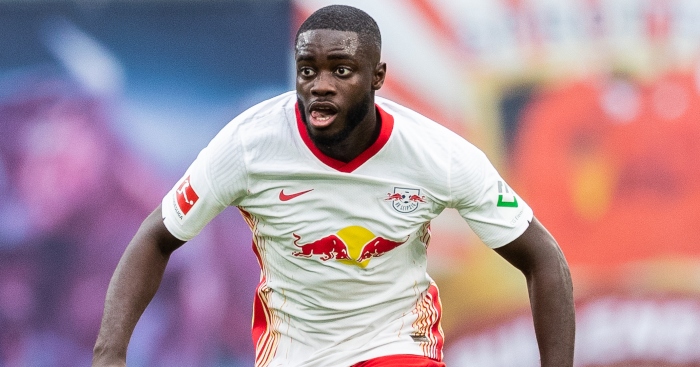 UPAMECANO DECISION DUE IN JANUARY

Dayot Upamecano is a man in demand. The RB Leipzig centre-back seems likely to move next year and half of Europe is fawning over the French defender.

To save us all a saga, though, it seems that a decision on Upamecano’s future could come very soon. Bild is reporting that everything will be clear in January, with Manchester United and Liverpool among the clubs positioning themselves to make a move for the 22-year-old.

Upamecano could be a relative bargain at £40million thanks to a clause in his RB Leipzig contract, but even that is reported to be too pricey for Bayern Munich. Though with David Alaba, Jerome Boateng and Javi Martinez likely to leave Bayern next year, don’t bet against the Bavarians suddenly finding the cash.

REAL WADE IN TO WIJNALDUM FIGHT

Alaba is said to be Real Madrid’s primary target next summer, according to AS, with the free agent set to replace Sergio Ramos if Europe’s most-capped international chooses to leave the Bernabeu.

Real are also eyeing up another big name currently running down his contract. Georginio Wijnaldum is set to leave Liverpool next summer when the terms of his current deal are due to expire, but Corriere Dello Sport suggests Real may move before then.

Apparently, Real have ‘got involved’ in the fight for the Holland midfielder and a January offer is imminent. All of which is bad news for Barcelona, who wanted Wijnaldum last summer and hoped they could get him for nothing in 2021.

But Liverpool haven’t given up hope of keeping the 30-year-old. Calciomercato says the Reds have put a three-year contract on the table for Wijnaldum to consider.

Arsenal could certainly use some more creativity in midfield and Real Madrid are reportedly hoping the Gunners will come looking for Isco.

El Confidencial (via our friends at Sport Witness) have reported whispers of interest in the Spain playmaker from Everton, with a £17.6million bid said to be forthcoming.

But Real are reportedly hoping that Arsenal emerge as a rival bidder for the 28-year-old though there seems little to suggest that the Gunners will do them a favour.