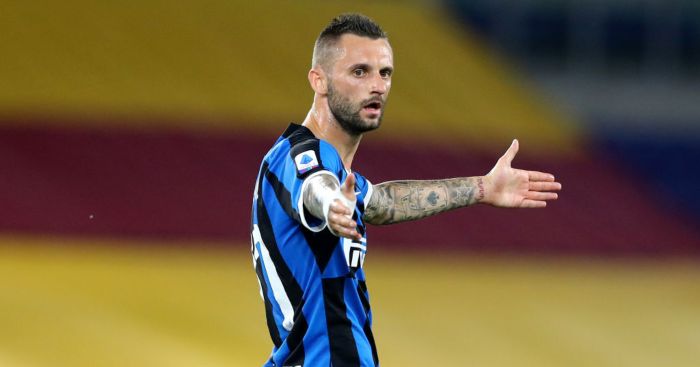 Liverpool are interested in an Inter Milan midfielder, while Man Utd are set to make a bid for a young winger…

LIVERPOOL EYE BROZOVIC
Back in April Liverpool were rumoured to be ready to open talks with Inter Milan over Marcelo Brozovic. Fast forward three months and the Reds have again been named as one of their potential suitors

FC Inter News (via Sport Witness) claims that Inter are considering the sale of Brozovic to raise funds with any lucrative deal for Lautaro Martinez to join Barcelona yet to be completed. Barca are not ‘sinking’ leading to Inter considering other ‘big names’ to sell.

If they want to bring in any signings of their own this summer a big sale is seen as ‘essential’ and they would certainly not be ‘deaf’ to offers coming in for Brozovic. One of the Croatian’s ‘admirers’ is Liverpool and Jurgen Klopp has ‘appreciated’ the 27-year-old for some time.

Despite not making ‘official steps’ to sign Brozovic – who has a contract offer on the table from Inter – the report suggests that if he became available then they would be very interested.  If Inter received a bid near to his €60m release clause he ‘would be sold’ but Liverpool could decide to ‘opt for’ Thiago Alcantara anyway.

MAN UTD READY TO BID
Manchester United are prepared to make an offer for Vitoria Guimaraes winger Marcus Edwards, according to reports in Portugal.

Edwards left Tottenham in the summer to join the Portuguese side on a free transfer after reportedly attracting interest from Serie A amongst other destinations. The Englishman, who spent a season on loan at Eredivisie side Excelsior before departing Spurs, has racked up nine goals and nine assists for Vitoria Guimaraes this campaign.

Edwards used to be considered one of the most exciting youngsters in Tottenham’s development system, and his reputation was only boosted when Mauricio Pochettino admitted he saw similarities between the forward and a young Lionel Messi a few years ago.

And now he’s attracting interest again from one of the Premier League’s biggest clubs with Man Utd ‘willing’ to make a bid for the winger, according to O Jogo (via Sport Witness). The report adds that the Red Devils are ‘interested and ready to make an offer’ with 50% of any fee going to Tottenham.

The Portuguese side would want between €15m and €20m for Edwards, as per the report, with his old club Spurs also understood to have some interest in a return.

ARSENAL LINE UP AUBA REPLACEMENT
Arsenal want Wolves striker Raul Jimenez if Pierre-Emerick Aubameyang decides to leave the club this summer, according to reports in France.

Jimenez has scored 17 Premier League goals this season, his second campaign in the top flight. Indeed, his most recent goal – a volley against Burnley – was arguably the pick of the bunch. Aubameyang, meanwhile, has bagged 25 goals across all competitions for Arsenal this season, but is yet to commit his future to the north London club.

The Gabon international is thought to be Barcelona’s second choice if they are unable to sign prime target Lautaro Martinez from Inter Milan this summer. The Gunners captain’s contract expires next summer, and with the club now only able to qualify for the Europa League if they beat Chelsea in the FA Cup final, his future at the club is in further doubt.

Mikel Arteta said this week he wants Aubameyang’s future resolved as quickly as possible to “calm” the striker but now French publication Le10Sport claims that the striker is still ‘considering all options’. That has seen Arsenal also flick through their ‘options and different profiles’ if he was to leave.

As well as Juventus, Arsenal are ‘also there’ for Jimenez as he makes their shortlist of strike targets along with Newcastle United’s Alan Saint-Maximin and Lyon duo Memphis Depay and Moussa Dembele.

AND THE REST…
Napoli have agreed an initial 60m euro (£54.6m) fee with Lille for Victor Osimhen…Everton and Leeds United are both keen on Manchester United goalkeeper Sergio Romero…Barcelona are desperate to tie Ansu Fati down to a new deal to ward off interest from the Red Devils…Former Tottenham captain Ledley King is in discussions with the club to join Jose Mourinho’s coaching staff…West Ham are stepping up their interest in Brentford forward Said Benrahma…Man United will not extend their current loan agreements with Roma for Chris Smalling or with Inter Milan for Alexis Sanchez.