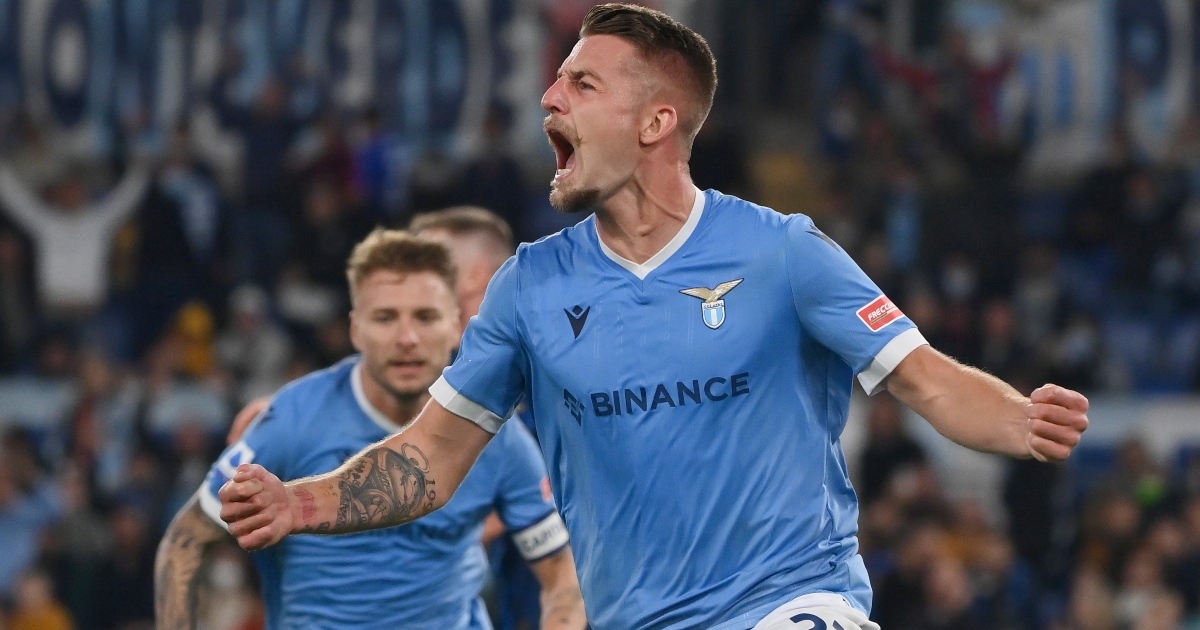 RICE REMAINS CITY’S PRIORITY
Manchester City have been trying to replace Fernandinho for what feels like the last decade and they will have another go next summer.

The Athletic says the Premier League champions see Declan Rice as the man who can fill the Brazilian’s boots.

It was expected that City would make an offer for Rice last summer but instead they chose to offer Fernandinho another year. But when the veteran finally leaves the Etihad at the end of the season, there is ‘every chance’ City will test West Ham’s resolve, even if the Hammers are in control.

Rice is keen to take the next step but the midfielder is under contract until 2024, with West Ham having the option to extend that deal for another year.

LIVERPOOL EYE LAZIO STAR
Liverpool may also be in the market for a midfielder and the Reds are being linked with a familiar name.

Sergej Milinkovic-Savic has been heavily linked with Manchester United in the past and the Lazio star’s form this season is catching eyes once more.

Fichajes reckons Liverpool are watching the Serbia star, with Juventus also credited with an interest.

Mo Salah’s contract is one of several approaching renewal time and it could cost £350,000 a week to tie down the Egypt star.

Liverpool could have work to do just to keep their chief negotiator. The Sun says Michael Edwards is a target for Real Madrid.

Apparently, Florentino Perez sees Edwards as the ideal man to lead a shake up of the Bernabeu set-up.

PSG TO TARGET HAALAND OR LEWANDOWSKI
PSG aren’t a club used to hearing ‘no’ so the feeling is they won’t take well the custard pie heading their way from Kylian Mbappe.
When the France star walks away from Paris next summer for nothing, most likely to join Real Madrid, PSG will most likely do something big in the transfer market to distract from their rejection.

Le 10 Sport claims Erling Haaland is the Parisians’ top priority to replace Mbappe, with Robert Lewandowski next on their hit-list. Should the Borussia Dortmund and  Bayern Munich goalmachines be out of reach then Fiorentina’s Dusan Vlahovic could be a target.

The Sun says Tottenham and Newcastle are also keen on Vlahovic, who could cost £50million, which is the total budget available to whoever is managing Newcastle in January, according to The Telegraph.

BARCA TO BE OFFERED ICARDI IN SWAP
Back to PSG, and Sergio Aguero could get to play with Lionel Messi after all…

Aguero moved to Barca in the summer to join his pal at the Nou Camp, shortly before the Catalans realised they couldn’t afford to keep Messi.

But Messi has apparently told PSG to sign Aguero, who played his first La Liga minutes for Barca in the final stages of their win over Valencia on Sunday.

El Nacional says Messi is not playing nicely with Mauro Icardi, who could be offered to Barca in exchange for Aguero.