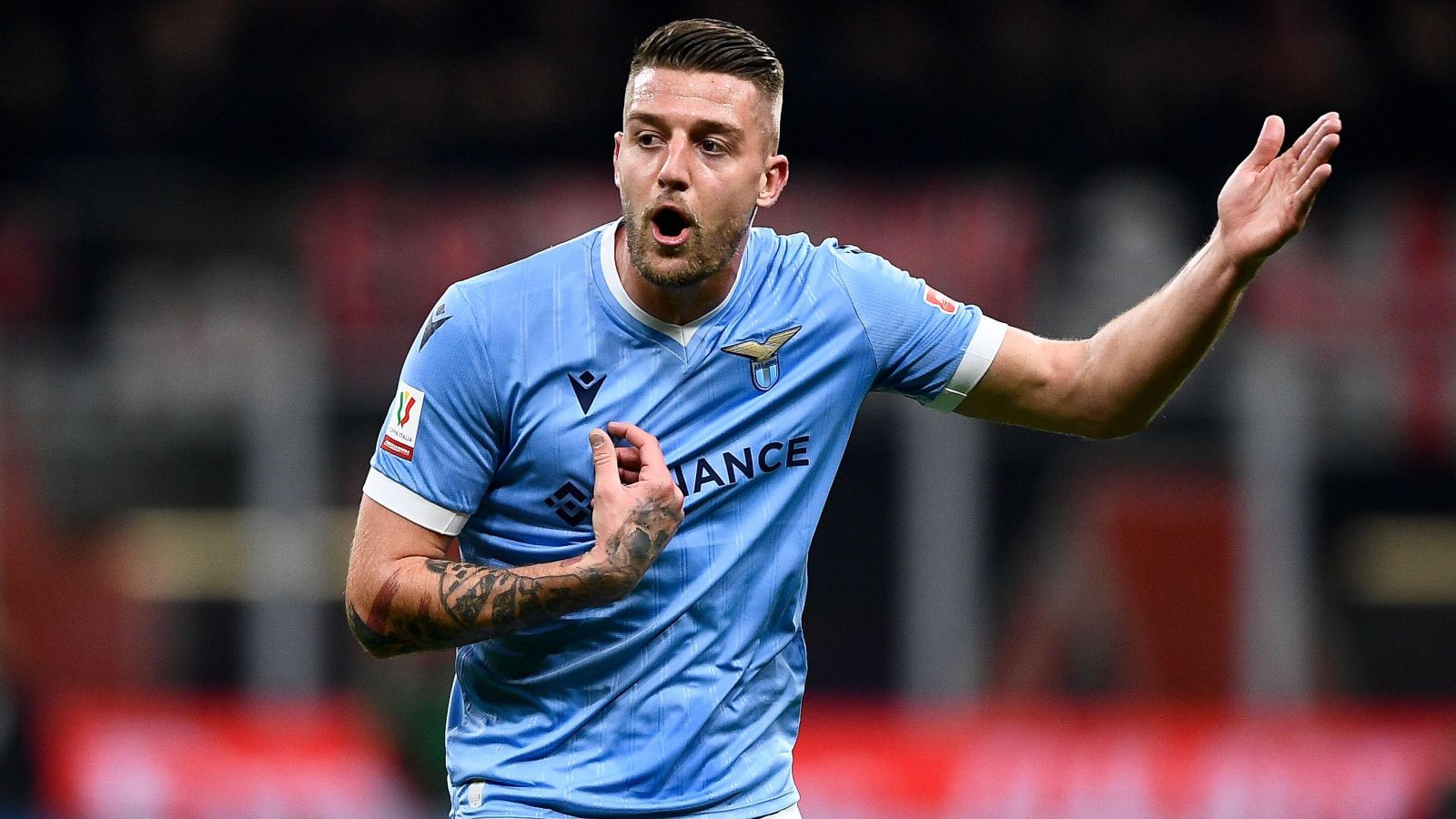 Liverpool have entered the Milinkovic-Savic fray and Real Madrid want ‘one of the great players of the next decade’ from Chelsea.

MILINKOVIC-SAVIC THE RED
It feels like Sergej Milinkovic-Savic must be at least 40 years old, such is the time us gossip columners have spent writing about a potential move to the Premier League. He’s only 27, the prime of life by most footballing standards, and this time it’s not Manchester United being spuriously linked, but Liverpool.

They do really, really need a midfielder. Jurgen Klopp, perhaps with an FSG gun pointing at him off camera, insisted for a long time that he didn’t need one, listing the abilities of a group of midfielders on the wane, then changed his tune at the end of the transfer window, signed injury-prone Arthur Melo, who is now injured and out for three to four months. Classic.

It’s not clear in the Fichajes report whether they will move for Milinkovic-Savic in January or the summer, but given his lack of options, Klopp would presumably want a deal done sooner rather than later.

It’s claimed centre-back Joe Gomez could be used as a makeweight in the move for the Lazio star, who has four goals and five assists already this season.

It’s again not clear what Liverpool would have to pay for the Serbian. Transfermarket value him at £54m, though interest from other parties may increase that price as the Serie A side push for a bidding war.

JAMES AND THE GIANT FOOTBALL CLUB
Real Madrid are ready to sign a player to put Dani Carvajal ‘definitively on the bench’, according to Fichajes. That man is Reece James.

James has been in fine form for Chelsea this term, was particularly impressive against AC Milan, and has got used to ‘definitively’ sidelining rival right-backs. Just ask Trent Alexander-Arnold.

The 22-year-old only signed his new Chelsea contract last month, which will take him through to 2028, but Madrid’s interest appears to be growing.

The report claims James can be ‘one of the great players of the next decade’ (no arguments here) and could be available for €60m (£54m) (arguments here).

That’s his market value according to Transfermarkt but he’s worth far more to Chelsea than that.

TOTAL BARCA DALOT
Premier League right-backs appear to be the order of the day for Spanish giants, with Barcelona reportedly hoping to snatch Diogo Dalot from Manchester United.

Something of a figure of fun in his early days at United, Dalot has established himself as first choice at Old Trafford, first under Ralf Rangnick and now under Erik ten Hag.

Dalot’s contract expires at the end of this season – something he’s apparently relaxed about – but that indecisiveness has led Barca to come sniffing, according to Sport.

The La Liga side are said to have approached United over a potential move in the summer, but Ten Hag said he was keen to retain Dalot’s services this season.

But Barcelona see him ‘as a soccer player with a total Barca profile’ and have reportedly been told by the Red Devils that he will cost them £22m in January, or of course nothing in the summer if he fails to agree a new United deal. Probably just wait, lads.