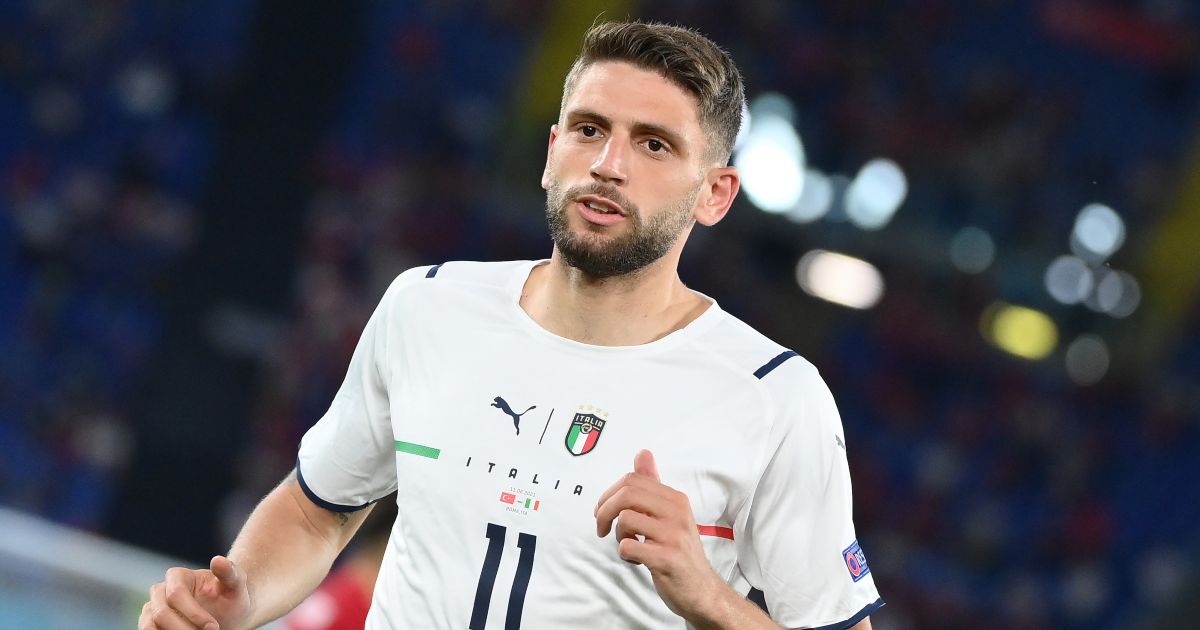 LIVERPOOL IN FOR BERARDI
Liverpool are reportedly interested in Sassuolo and Italy winger Domenico Berardi so of course we have to sell him as a potential replacement for Mo Salah, because what other choice do we have? That’s certainly the route taken by Gazzetta dello Sport, who claim that the 26-year-old with 17 Serie A goals and eight assists is being eyed as the next Salah.

Leicester and Tottenham are also credited with interest in the winger, who has impressed so far at Euro 2020. He would apparently cost £43m, which sounds like something of a bargain.

AOUAR? WHAT IS IT GOOD FOR?
Well, for playing at Arsenal apparently. The Sun claim that ‘ARSENAL are ready to launch another attempt to sign Lyon’s Houssem Aouar’ and they say that the 22-year-old could cost as little as £20m just 12 months after the Gunners were priced out of a move by a £55m price tag. That disparity seems a little unrealistic to us, but we are happy to be convinced.

‘SunSport understands that Arsenal are readying a contract worth £100k-a-week to lure the midfielder to the Emirates at the second time of asking,’ it says here. Aouar produced seven goals and three assists for Lyon last season in Ligue Un and Arsenal could certainly do with some of that youthful drive in midfield.

MAN UNITED PUT OFF DEFENSIVE PAIR
‘Manchester United are being deterred in their pursuit of Kieran Trippier and Raphael Varane because of high prices being quoted by their clubs, sources have told ESPN.’ And it’s little surprise they have put off on Trippier as Atletico Madrid apparently want more than £30m for a 30-year-old right-back with no sell-on value.

As for Varane – Real Madrid apparently want £70m for the Frenchman even though he has just one year remaining on his contract. We feel like that might be fair enough as he is brilliant, but United are unwilling to part with those kind of numbers. Other options to do not include Sergio Ramos but do include Pau Torres and Max Aarons.