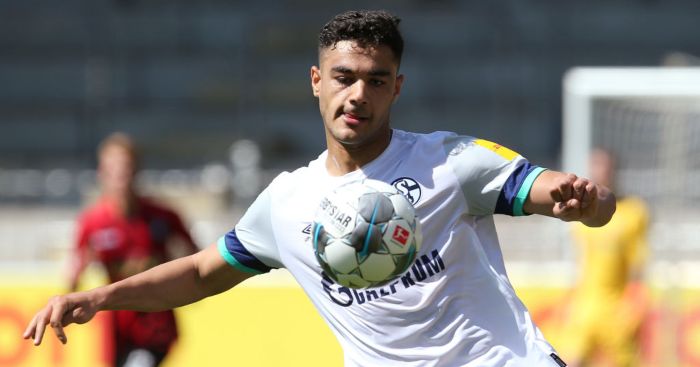 Just the eight centre-backs linked with Liverpool over the last two days. This morning, there’s a ninth…

Ozan Kabak is the latest name to come up amid speculation over how Liverpool might replace Virgil van Dijk. The 20-year-old plays for Schalke and, according to Sport Media Set (helpfully translated by our friends at Sport Witness), the 20-year-old will cost just short of £27million.

AC Milan are also sniffing around the Turkey international having chased him doe much of the summer. Schalke are hoping to double their money on Kabak, whom they signed from Stuttgart in 2019.

The striker moved to Holland from the Gunners in 2017 having come through the ranks at the Emirates. The 21-year-old cost PSV £540,000 but having scored 33 goals and chucked in 16 assists in 78 games in Eindhoven, Arsenal are considering bringing him back.

Sportnews make no mention of a potential fee, but Arsenal were linked with a £50million move for Malen as far back as last year. Which is a ludicrous prospect. And it was said then that 45 clubs in Europe were eyeing up the forward.

Read: One per club: the Premier League undroppables

POCH AND RAUL LINED UP TO REPLACE ZIDANE

Real Madrid could be about to fire up the managerial merry-go-round if L’Equipe are to be believed.

The story goes that Zinedine Zidane has got two games to save his job. Unfortunately for Zizou, Real’s next two opponents are Barcelona and Juventus – both away.

AS says Zidane was safe prior to the Champions League defeat to Shakhtar Donetsk in midweek but members of the board had their ‘phones ringing non-stop’ at half time on Wednesday when they were 3-0 down. This report says Real have already considered replacements, with Raul and Mauricio Pochettino suggested.