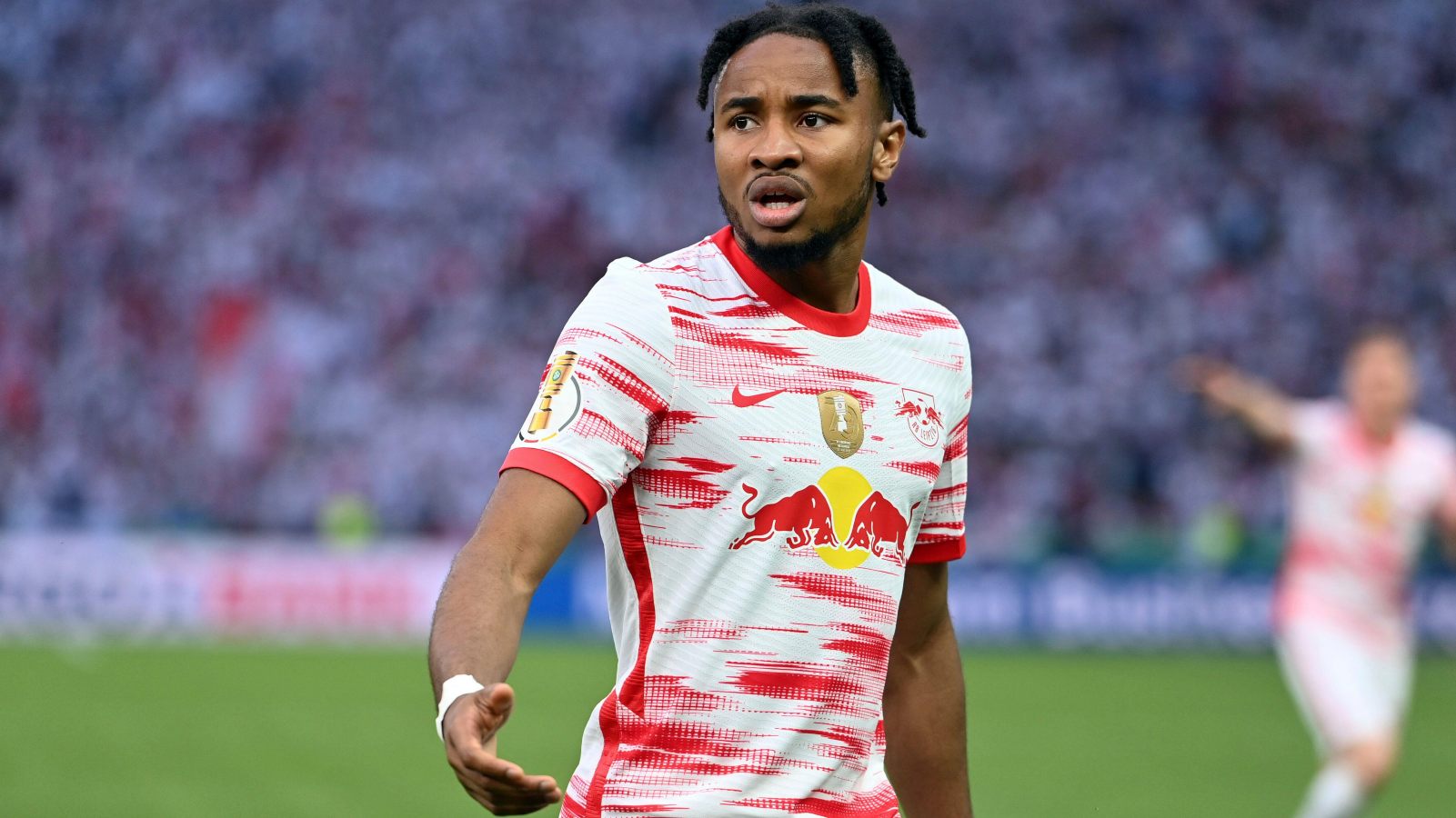 LIVERPOOL EYE NKUNKU TO REPLACE SALAH
Mo Salah told the world this week that he’s staying at Liverpool next season. But the Reds are still making contingency plans for the Egyptian’s departure.

Salah will go into the final 12 months of his contract this summer and playing another season at Anfield raises the possibility of the 29-year-old leaving for nothing next year.

Whenever Salah may leave, it is claimed Liverpool have identified Christopher Nkunku as the man they want to replace the Premier League’s joint-top scorer.

That’s the word according to Todofichajes. Apparently, the Reds have held two meetings with Nkunku’s representatives in recent weeks. RB Leipzig have been quite insistent that the Bundesliga’s player of the season is going nowhere this summer, but that hasn’t damped the interest of the likes of Liverpool, Chelsea, Manchester United, PSG and Real Madrid.

If Salah stays for one more season, Leipzig may well be more receptive to offers in 2023.

SPURS, REAL, PSG CHASE EVERTON STRIKER
Across Stanley Park, Everton look set to lose at least one striker, with one or both of Richarlison and Dominic Calvert-Lewin up for grabs as the Toffees look to alleviate their financial stress.

Richarlison is attracting interest from across Europe. The Daily Mail reckons Tottenham are the leading Premier League suitor for the Brazilian, while PSG and Real Madrid are also keen.

Should Everton need to bolster their attack, the Toffees are looking at Burnley forward Maxwel Cornet. They and West Ham are both willing to trigger a £17.5million clause in Cornet’s Burnley contract.

CHELSEA TOLD TO COUGH UP FOR CUCURELLA
Marc Cucurella had a brilliant maiden season in the Premier League, winning Brighton’s Player of the Season award along the way. Now at least half of the big six is chasing after the luscious-locked Spaniard.

Manchester City’s interest emerged at the start of the week, and Tottenham are also known to be keen while Antonio Conte looks for a couple of wing-backs. Now Chelsea are said to be sniffing.

With Todd Boehly’s takeover all but complete, Thomas Tuchel can start going after the defenders he needs. Centre-backs are his priority but the Blues may need a left-wing-back, especially if Marcos Alonso gets the move he apparently wants.

But The Sun says Chelsea will have to fork out £45million for Cucurella, which may eat up around a quarter of the entire summer budget. And Chelsea need quite a lot.

What they need this summer, and how likely they are to get it… Man Utd | Arsenal | Spurs | Chelsea

NEWCASTLE PROPOSE PART-EX DEAL FOR HENDERSON
Despite denials from the North East press, talk of Newcastle’s interest in Dean Henderson isn’t going away.

The Toon are said to be keen on the Manchester United No.2, who barely played last season after losing the battle for the gloves at Old Trafford to David De Gea.

Martin Dubravka performed admirably in Newcastle’s revival but the Magpies are still on the hunt for another stopper. The Red Devils, though, are reluctant to let Henderson leave, however desperate he may be, if it means leaving themselves with just two senior goalkeepers.

The Sun says Newcastle have a solution which involves chucking Karl Darlow in the deal for Henderson.