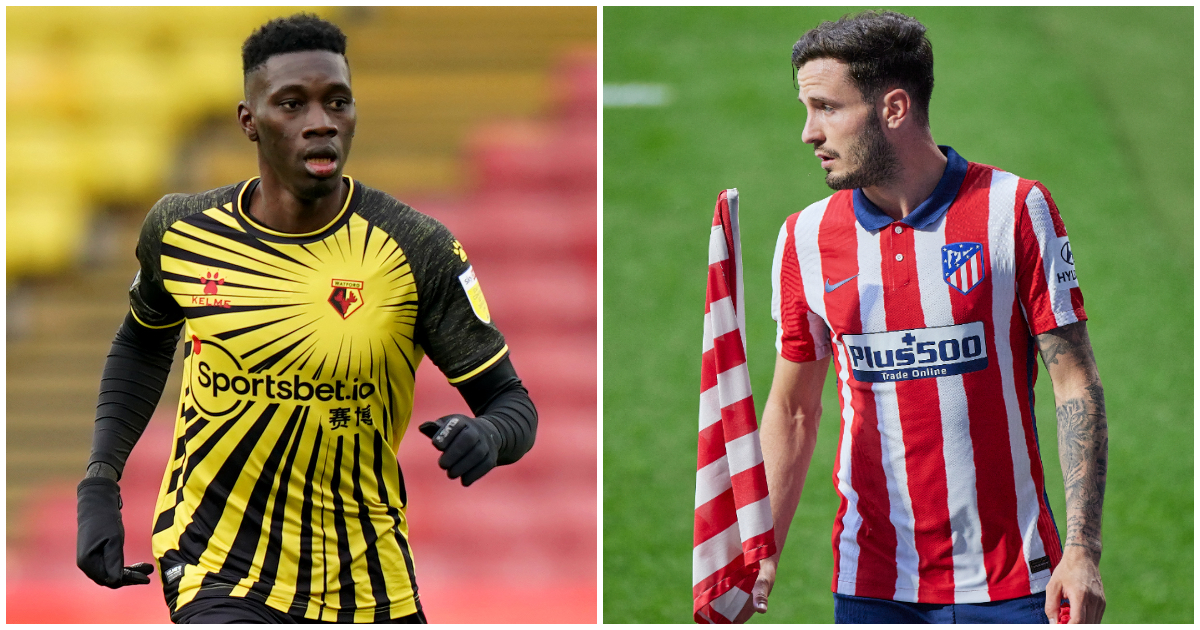 MAN UTD MAKE TEN AVAILABLE AFTER VARANE DEAL
It seems the Raphael Varane Saga is nearing its conclusion. Manchester United are said to have agreed a price with Real Madrid and personal terms with the France defender. There is little consensus over exactly how much United will pay, with Sky Sports claiming Varane will cost £41million, while The Athletic says the deal will set the Red Devils back £34million initially with another £8million in add-ons. The only question now is over where and when Varane undergoes a medical, with quarantine a consideration.

So what next for United? They still need a midfielder, but ESPN reckons any further recruits will need to be funded through sales.

Among those up for grabs: Jesse Lingard, Diogo Dalot, Alex Telles, Brandon Williams, Phil Jones, Andreas Pereira, Dan James and Anthony Martial, while one of their two senior keepers could also be shuffled through the exit door before the deadline.

Axel Tuanzebe is being linked by The Telegraph with a move to Newcastle, though the centre-back could be sent to St James’ Park on loan.

ARSENAL, SPURS, PALACE ALL EYE CENTRE-BACKS
United are not the only club hoping to sign a centre-back this week…

Sky Sports reckons Ben White will finally undergo a medical at Arsenal tomorrow before moving from Brighton for £50million. ‘A lot of money’, says Sol Campbell.

Across north London, Tottenham are stepping up their pursuit of Christian Romero, with The Telegraph expecting the Atalanta defender to go for £40million.

At Crystal Palace, the Evening Standard says Patrick Vieira is hoping to tie up a move for Lyon centre-half Joachim Andersen, who impressed on loan at Fulham last season.

Johnny Nic: Summer? Pre-season? There is proper football out there…

PREM QUARTET RIVAL VILLA FOR BAILEY
Reports in Germany suggest Aston Villa have already made an offer for Leon Bailey, with the Bayer Leverkusen winger valued at around £30million.

But 90min says Villa’s interest has been complicated by interest from other Premier League clubs.

Apparently, Leicester, Everton, Wolves and Southampton are all keen on the 23-year-old.

Liverpool have also retained an interest in Bailey, but the Reds have instead initiated talks again with Watford over Ismaila Sarr.

Barcelona are more than happy to shift the France international this summer as they look to begin filling the gaping void in their finances.

Griezmann was linked with a return to Atletico Madrid in exchange for Saul Niguez, but those talks have broken down with Barca valuing the attacker higher than the Spain midfielder.

Since then, Marca says the phone has gone quiet, with no other clubs registering an interest in Griezmann.

LIVERPOOL SPEAKING TO SAUL
What of Saul?

Marca reckons Manchester United remains the midfielder’s most likely destination, providing they can raise £43million to tempt Atletico to sell.

But Liverpool have apparently been back in touch with the 26-year-old’s representatives and remain firmly in the hunt.