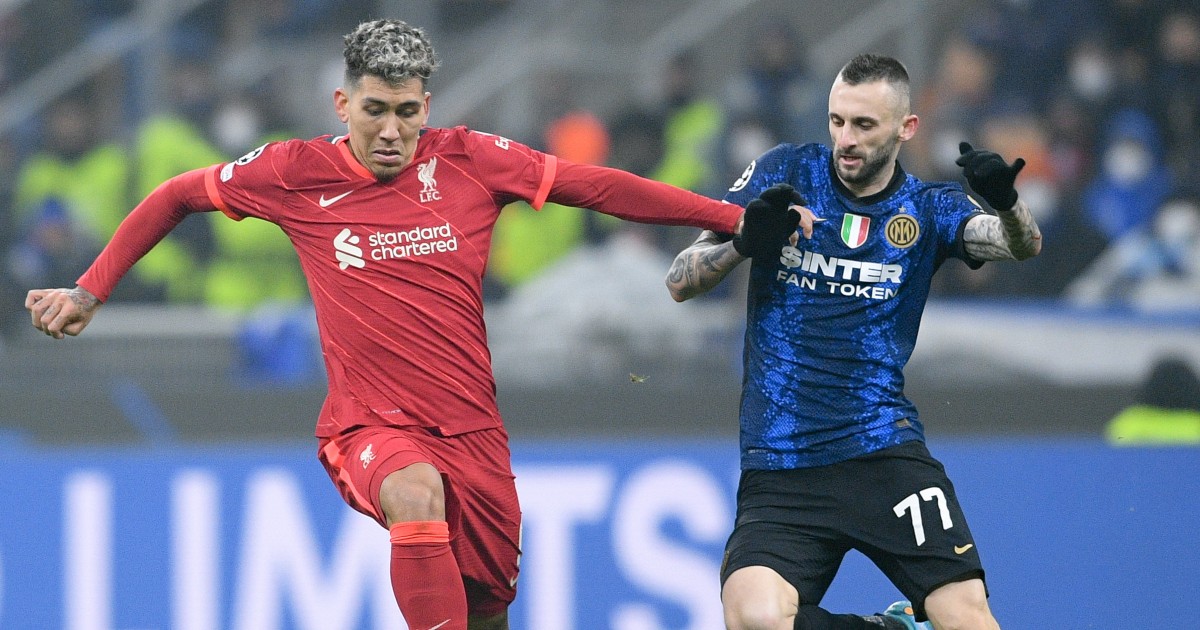 CELO’S MARKET
Marcelo Brozovic impressed for Inter Milan against Liverpool last week. The Croatian kept things ticking in midfield, displaying his lovely technique and putting in six tackles to go with two interceptions. Then they lost 2-0 because Liverpool.

The problem for Inter is that his contract is due to expire at the end of the season. Italian newspaper Tuttosport claimed recently that player and club had come to an agreement over a new deal, with Brozovic in line to take €6million per season over four years. But Fichajes throw a Liverpool-shaped spanner in the works.

They say negotiations have been unsuccessful and so many clubs are taking note, including Jurgen Klopp’s side. Brozovic is 29 but his game hardly relies on pace and 36-year-old Luka Modric shows that Croatian midfielders are built different. So Brozovic would be considered an option by Liverpool, who spent £25m on Thiago about six months before his 30th birthday.

STICKY TOFFEES PLOTTING
After making good use of his connections in summer 2018 to bring in Mason Mount and Fikayo Tomori and guide Derby from sixth to sixth, Frank Lampard seems likely to head back to Stamford Bridge with cap in hand. He will hope to return with one of Armando Broja, Conor Gallagher or Billy Gilmour.

All three are currently on loan in the Premier League but it remains to be seen whether Thomas Tuchel has a first-team place waiting for them next season. Lampard, who has already brought Donny van de Beek in from Manchester United until the end of the season, would be happy to take any on loan next campaign – providing they stay up, of course.

And with Everton’s budget unlikely to stretch too far, Dean Jones of Bleacher Report told GiveMeSport he would “be amazed” if Broja, Gallagher or Gilmour were not at Goodison Park in 2022/23. It is said that Gilmour ‘would appear the the most likely to happen’. The other two probably fancy their chances of breaking through at Chelsea.

PIERRE PRESSURE
It was in December 2020 that Jose Mourinho congratulated Daniel Levy for a “genius” Tottenham signing who would “be a coach one day”. Pierre-Emile Hojbjerg has continued to play an important role under Antonio Conte but his former manager fancies a reunion.

Roma want Hojbjerg and Football Insider say that Tottenham have quoted them £25m for the midfielder.

But it is added that any move is contingent on Mourinho ‘remaining in charge’ at the Stadio Olimpico, which they admit is ‘up in the air’ because of the fact he is Jose Mourinho.