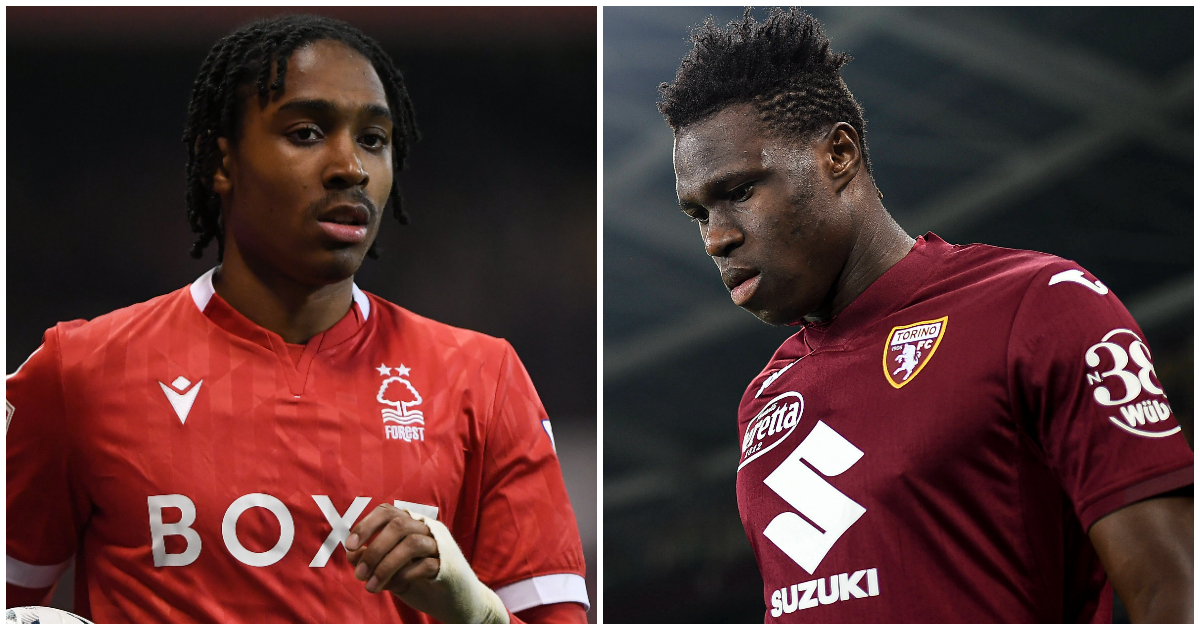 Bayern, Arsenal and Spurs all eyeing a Boro boy, while Liverpool are in the running for a £15million-rated Torino star…

ARSENAL, SPURS IN SPENCE SCRAP
Right-backs are hogging most of the attention in the Gossip this morning, with lines around the big hitters in the Premier League and Europe.

We start with one of the biggest clubs of all: Middlesbrough. Apparently, their full-back Djed Spence is catching the eye of three major players during his loan spell at Nottingham Forest.

Sky Sports says the 21-year-old is attracting attention ahead of his return to The Riverside from Tottenham, Arsenal and Bayern Munich.

Ten talking points at the two-thirds stage of the PL

LIVERPOOL JOIN SINGO RACE
Spurs and Arsenal, though, are casting their net a little wider if a report from football.london is to be believed…

The story goes that the north London rivals are considering making offers for Torino right-back Wilfried Singo. Liverpool are also said to be interested.

Singo is a 21-year-old Ivory Coast international who has made 23 starts for Torino this term. He could be available for around £15million.

REAL EYE PREM PAIR
Real Madrid are also reported to be looking to strengthen the right side of their defence, with three possible targets all with Premier League links.

El Nacional suggests that the La Liga leaders will be prevented by other demands on their budget from shopping in the premium aisle this summer, so they are looking at Manchester United’s Diogo Dalot and Max Aarons of Norwich.

But former Manchester City defender Pedro Porro, currently plying his trade at Sporting Lisbon, is said to be their primary target.

MBAPPE’S RENEWAL OFFER REVEALED
The main drain on Real’s resources could be Kylian Mbappe. Certainly if Florentino Perez gets his way.

Mbappe will become a free agent this summer if PSG cannot convince the France star to renew his contract, and Leonardo has said the Parisians will try everything to convince the striker until his signature is on a deal elsewhere.

Indeed, Le Parisian says Mbappe will be offered €50million a year to stay at PSG, which breaks down to around £799,000 per week.